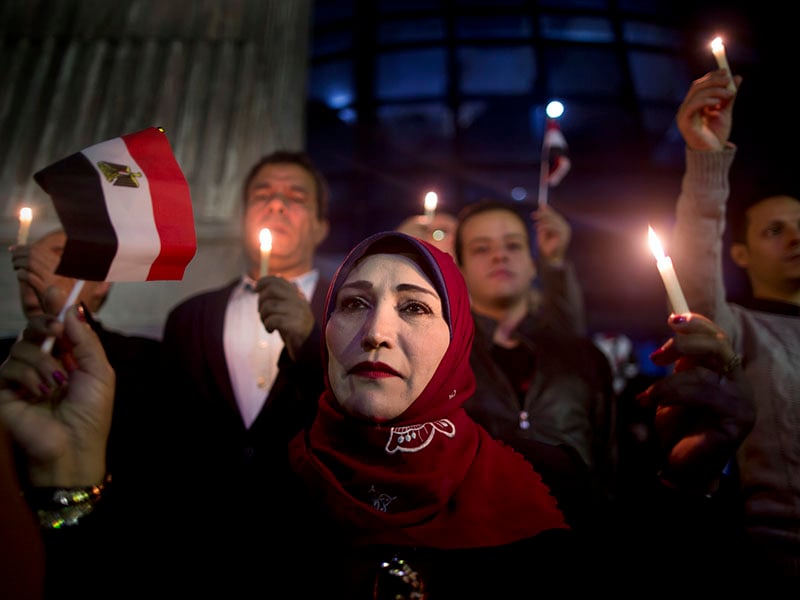 People take part during a candlelight vigil as they hold national flag for victims of a Friday mosque attack at the Journalists Syndicate, in Cairo, Egypt, Monday, Nov. 27, 2017. Friday's assault was Egypt's deadliest attack by Islamic extremists in the country's modern history, a grim milestone in a long-running fight against an insurgency led by a local affiliate of the Islamic State group.(AP Photo/Amr Nabil)
December 2, 2017
Shane Epping

(RNS) — Each week Religion News Service presents a gallery of photos of religious practice around the world. This week’s includes images from a candlelight vigil in Egypt; a Kutupalong refugee camp in Bangladesh; the Mar de Plata Naval Base in Argentina; a road in Dhaka, Bangladesh, where workers prepared for a visit from Pope Francis; Bosnian Croat people praying in the town of Mostar; the National Institute of Professional Training in Tegucigalpa, Honduras – and more.