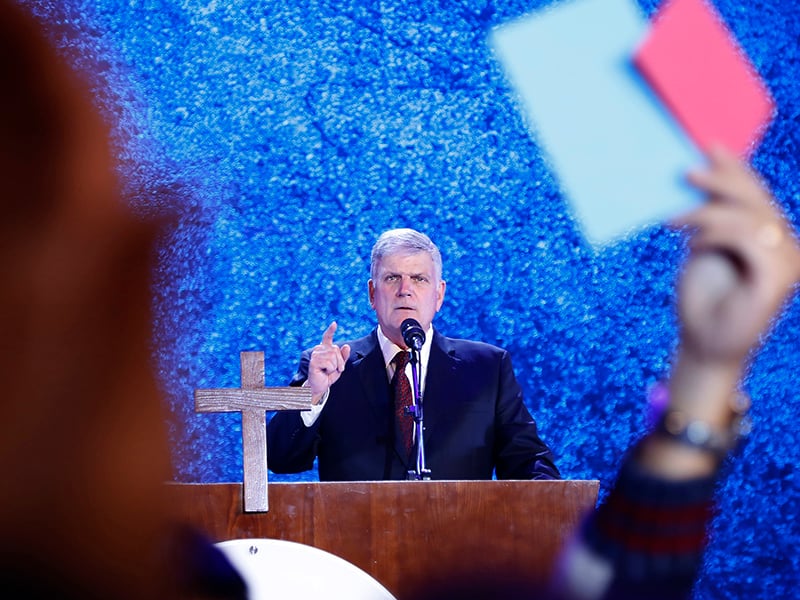 HANOI, Vietnam (AP) — More than 10,000 Vietnamese filled up a stadium in a rare Christian evangelistic event led by the Rev. Franklin Graham, who said he wants the communist government to consider Christians its best citizens.

Despite sweeping economic reforms over the past 30 years that made Vietnam one of the fasting-growing countries in the region, the ruling Communist Party maintains strict control over all aspects of society, from media to religions. According to Human Rights Watch, more than 100 Vietnamese are in prison for peaceful religious and political activities.

Graham told The Associated Press that the prayer rally in Hanoi on Friday (Dec. 8) was unprecedented in size for Vietnam and the government did not attach any conditions for the event, which took a year a organize. Authorities granted permission last week, he said.

Graham said he hoped the government through the event would see Christianity in a different way.

A second prayer rally is scheduled for Saturday night.

Graham, who is president and CEO of the Billy Graham Evangelistic Association and one of the most prominent American preachers, said religious freedom has gradually improved in Vietnam.

"The fact that we are here today and that I'm going to be preaching Friday and Saturday in Hanoi, the capital of Vietnam, that is huge," he said. "It shows you how much the government has changed in the last 20 years."

Despite some improvements, the U.S. State Department said in its annual global report on religious freedom that authorities continued to limit activities of unrecognized religious groups and those without certificates of registration for religious activities, particularly those groups believed to be engaged in political activity. Some religious leaders reported various forms of harassment, including physical assault, short-term detention, prosecution, monitoring, restrictions on travel, property seizure or destruction, it said.

Those attending Friday's rally said they were thrilled.

"It's very impressive," said Nguyen Thi Lan, who watched the event on a large screen set up outside the Quan Ngua Sports Stadium. "I hope through this event, more people would come to know Jesus and believe in God."

There are about 6.5 million Catholics and more than 1 million Protestants among Vietnam's 95 million people, the majority of whom are Buddhists.