Jenkins will join the staff in the role of National Reporter effective Jan. 2, 2018. He will cover the Catholic beat and the major religion stories of the day. 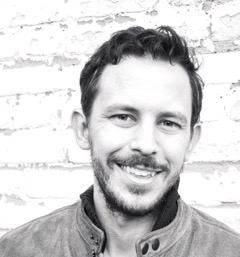 Jenkins comes to this new role with significant religion reporting experience. Most recently he was the Senior Religion Reporter at Washington-based ThinkProgress. Prior to that, Jenkins was a Senior Writer for the Faith and Progressive Policy Initiative at the Center for American Progress.

“It’s my pleasure to welcome one of the best religion writers out there to RNS,” said Editor-in-Chief Jerome Socolovsky. “Jack is an exceptional reporter and writer. He’s able to spot important trends early and inform us about their significance in a compelling way.”

“I’m absolutely elated to be joining the Religion News Service team,” Jenkins said. “The relevance of religion journalism in the United States and abroad has only increased in recent years, which makes me all the more excited to work alongside the best band of ‘God beat’ reporters in the business.”

Jenkins is no stranger to RNS, where he did a reporting internship in 2011 and later blogged for the news service.

His work has appeared or been referenced in The New York Times, The Washington Post, The New Yorker, The Atlantic, MSNBC and elsewhere. He has been a guest expert on religion and politics for the BBC, The Bill Press Show, HuffPost Live, Georgia Public Broadcasting and others.  He tweets at @jackmjenkins.

After graduating from Presbyterian College with a Bachelor of Arts in history, religion and philosophy, Jenkins received his Master of Divinity degree from Harvard Divinity School with a focus on Christianity, Islam and the media. In addition, he participated in the East-West Center’s Senior Journalists Seminar, an immersive, multination, 21-day study and writing program.

Jenkins will be based in Washington, D.C.

About Religion News Service
RNS is an independent, nonprofit and award-winning source of global news on religion, spirituality, culture and ethics, reported by a staff of professional journalists. Founded in 1934, RNS seeks to inform readers with objective reporting and insightful commentary and is relied upon by secular and faith-based news organizations in a number of countries. RNS is affiliated with the Missouri School of Journalism at the University of Missouri.