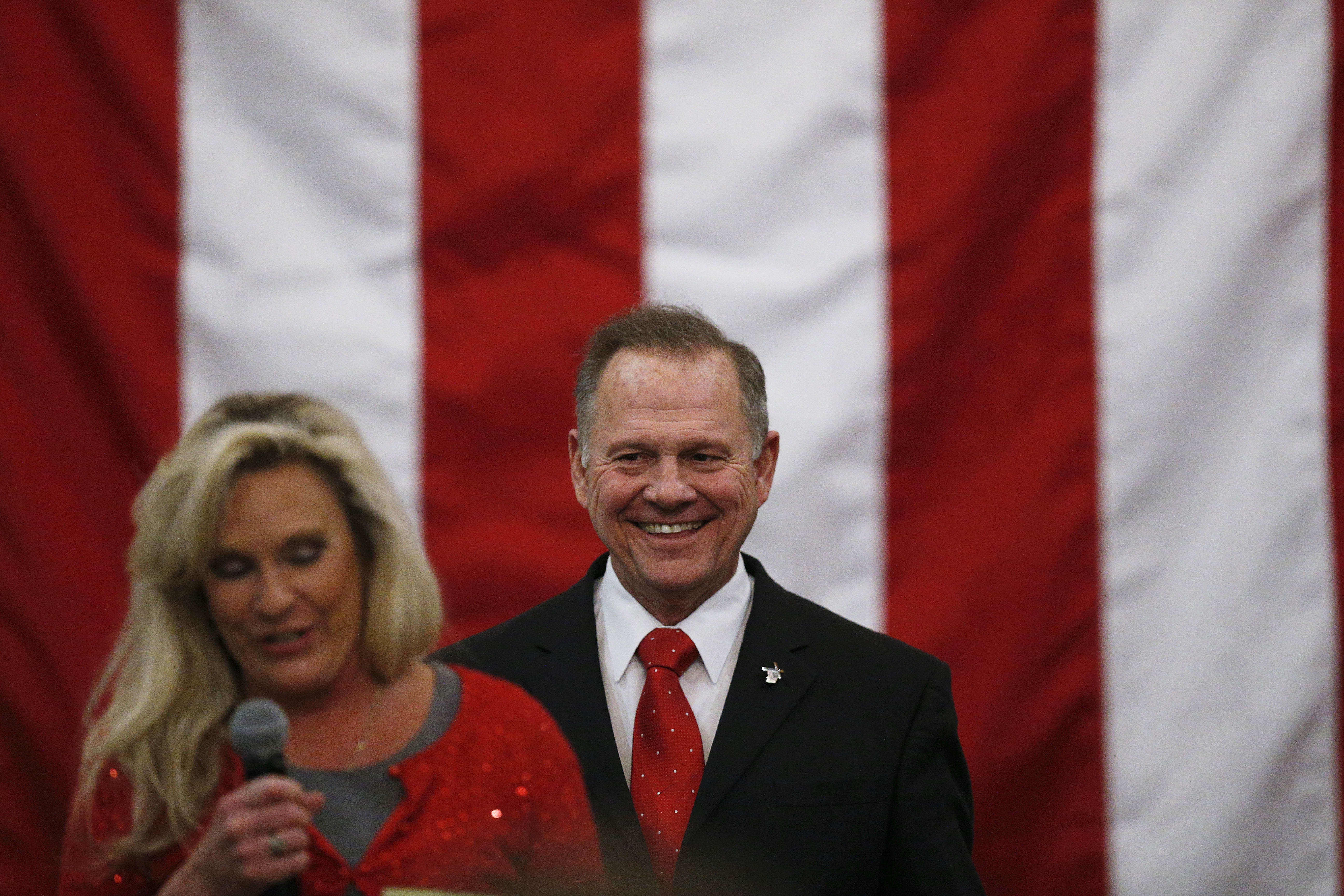 MIDLAND CITY, Ala. (AP) — The wife of embattled Alabama Senate candidate Roy Moore drew ridicule online after she declared that "one of our attorneys is a Jew" and said some of their close friends are "Jewish and rabbis" while defending him against accusations that he doesn't care for blacks or Jews.

Speaking at a campaign rally Monday night in Midland City, Ala., Kayla Moore pointed out that her husband appointed the first black marshal to the state Supreme Court. She said they also have many friends who are black.

But she raised the most eyebrows in her defense against claims that her husband, who's a Republican, is anti-Semitic.

"Well, one of our attorneys is a Jew," Kayla Moore said, pausing for effect and nodding before adding, "We have very close friends who are Jewish and rabbis and we also fellowship with them."

People immediately reacted online, some expressing anger but many others making jokes. They mocked her for citing an association with a professional whom she and her husband pay to do work for them as a way to prove they don't dislike Jewish people. Some said her comments echoed the "I have a black friend" comments often derisively attributed to people defending themselves against allegations of bigotry and racism.

Kayla Moore's assertions were just the latest flashpoint for controversy in a campaign that's been rocked by accusations of sexual misconduct with teenage girls when her husband was in his 30s. He's running against Democrat Doug Jones in Tuesday's special election.