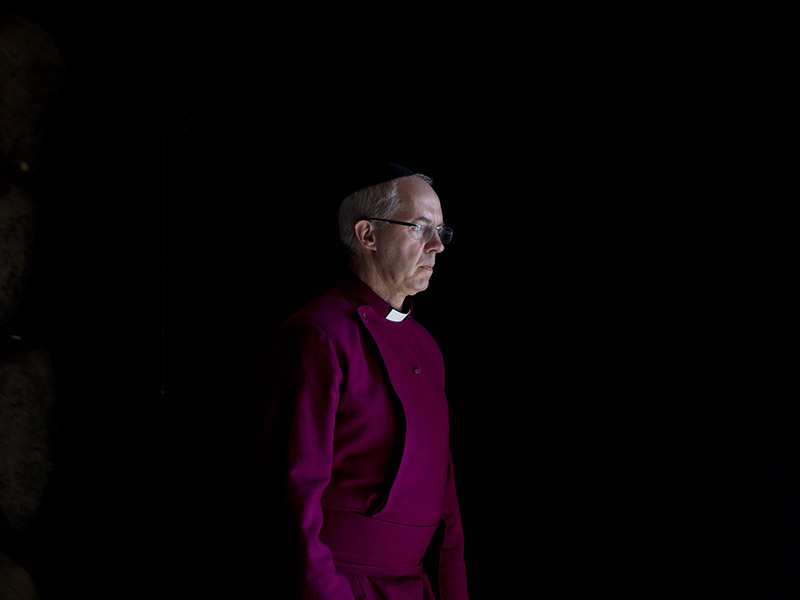 LONDON (RNS) — If 2017 was a tough year for Archbishop of Canterbury Justin Welby keeping the Church of England and the wider Anglican Communion together, 2018 promises to be tougher still.

There were continuing squabbles over same-sex marriage and headlines about declining congregations through the past 12 months. But in 2018 Welby will have to face particularly testing issues:

One of the most dramatic moments of 2017 – confirming sharp divisions in the church – was the release of a report on same-sex marriage that Welby praised as a “road map.” It was narrowly rejected by the Church of England’s General Synod because the report  urged that marriage should remain between one man and one woman.

The same-sex marriage issue came closer to home when the Scottish Episcopal Church voted for it and held its first weddings for same-sex couples.

Then there was the primates meeting of the Anglican Communion in October. Welby’s fiercest critics from Africa boycotted the gathering.

They and fellow opponents of liberalizing church practice on marriage will be heading to Jerusalem in June for the 10th anniversary meeting of the Global Anglican Future Conference, or GAFCON. There they will be joined similarly disaffected Anglicans from North America and Britain.

Part of the problem for Welby is that the archbishop of Canterbury has no papal-like power; he cannot punish provinces by expelling them from the Anglican Communion. With unity so hard to achieve, he appears to have made avoiding greater disunity his goal. In the Church of England, the term “good disagreement” is often used now to describe the current situation.

This has prompted derision from Welby’s toughest critics at home. Among their biggest publicity coups in recent months was the posting of protests on cathedral doors. The declarations, denouncing the Church of England’s “corrupt” stance on same-sex relationships, mimicked Martin Luther's nailing of his 95 theses to the door of a chapel in the German town of Wittenberg, and took place just as the Church of England was marking the 500th anniversary of the Protestant Reformation.

The document, affirming the supreme authority of Scripture and signed by over 60 priests, claimed that while the church had not changed its doctrine, in practice it was allowing clergy to adopt unorthodox lifestyles. The declaration was posted on the doors of St. Paul’s, Southwark, Canterbury, Rochester and Hereford cathedrals.

One of the protesters, the Rev. Stephen Rae, vicar of St. James, who pinned the protest to Canterbury Cathedral, complained of the church’s revisionism and said Canterbury had become “synonymous with abdication and dereliction of duty.”

Rae is highly critical of the idea of “good disagreement.”

“Our bishops have shifted from being our leaders to being referees,” he said. “We are deeply concerned about the recasting of teaching. If the trajectory doesn’t change there will be a massive split in the Church of England.”

Rebels protesting at the future of the Church of England have already carried out ordinations under the auspices of Anglican Mission in England, which was established as a mission society by the Nairobi Conference of GAFCON in 2013 to support traditional teaching.

The consecration of Andy Lines as a bishop earlier in 2017 and then his ordination of nine men to serve in GAFCON-supporting church plants in England – Welby’s backyard – make it appear, to many, that the Anglican Mission in England is effectively a breakaway church.

Archbishop Nicholas Okoh, chairman of GAFCON, described the ordinations as part of a plan “to help evangelize a nation that was once one of the greatest centers of Christian mission the world has ever seen but is now one of the most secular."

"How can a church be effective in mission when it has muddled the truth of the Gospel?” he asked.

Then there is the conservatives' reaction to the appointment of a woman to one of the most important positions in the Church of England — that of the next bishop of London, the third most senior position in the church after the archbishops of Canterbury and York.

On Monday (Dec. 18) it was announced that the new bishop is Sarah Mullally, currently bishop of Crediton.

The appointments panel for the bishopric will have been aware that the Diocese of London encompasses a wide range of views, from conservatives who object to women priests, to particularly liberal congregants.

Mullally's gender pleases those seeking evidence of growing equality for women in the church – her predecessor Richard Chartres did not ordain women priests. But while she supports traditional church teaching on marriage being between a man and a woman, she is also said to be supportive of greater equality for gay people.

Welby might well have to face another kind of protest in 2018 – and one that is likely to hurt the Church of England’s coffers. Some parishes and their clergy are considering withholding their diocesan contributions over the controversies in the church, which would add financial headaches to the church's theological ones.

But 2018 could bring comfort as well as consternation to the archbishop of Canterbury. While church data published this autumn revealed that Church of England attendance has now dropped below the 1 million mark, it also shows that those who do go to church are strongly committed, rather than nominal Anglicans.

As Martin Bashir, the religious affairs correspondent of the BBC who has traveled regularly with Welby this year, put it: “There is a move away from faith by inheritance to faith by choice. People are much more committed if they belong, rather than being just nominal Christians.”