WICHITA, Kan. (AP) — Attorneys for three men accused of plotting to bomb a mosque and apartment complex housing Somali refugees are urging a federal judge to include prospective jurors from rural western Kansas because they are more likely to have voted for President Trump.

But the government countered that granting the request would as a matter of policy “wreak havoc,” saying the defense is seeking to pick a jury pool based on ideology while “opening a dangerous door” to similar requests in other cases.

U.S. District Judge Eric Melgren took the matter under consideration after a hearing Wednesday (Jan. 3) in U.S. District Court in Kansas, saying he would try to rule quickly. The trial begins March 19 in Wichita.

Gavin Wright, Patrick Stein and Curtis Allen are charged with conspiracy to use a weapon of mass destruction and conspiracy against civil rights for allegedly planning to detonate truck bombs in the meatpacking town of Garden City the day after the November 2016 election. Wright also faces a charge of lying to the FBI.

The three men, who were indicted in October 2016, have pleaded not guilty.

Prosecutors have argued the men formed a splinter group of the militia Kansas Security Force that came to be known as “the Crusaders.” Wright is quoted in a wiretap transcript as saying he hoped the attack on the Somalis would “wake people up” and inspire others to take similar action against Muslims. 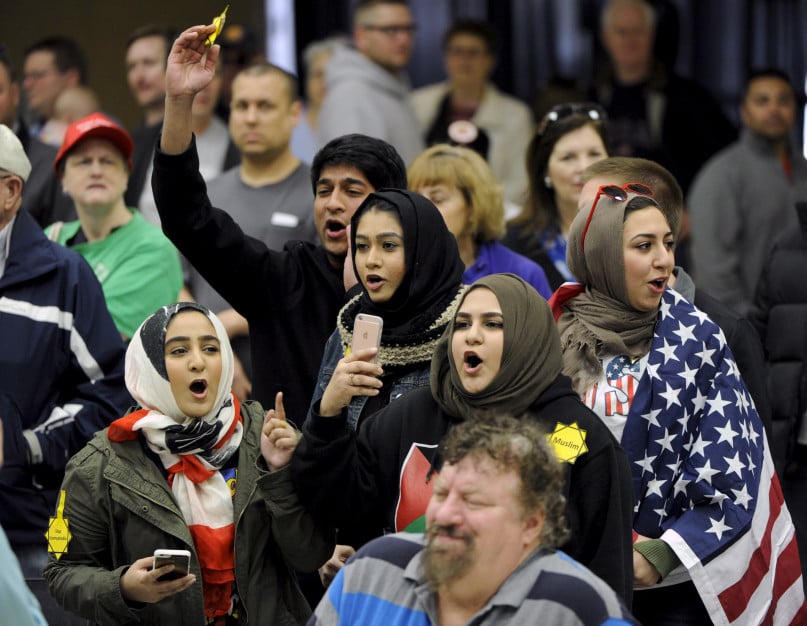 The defense contends the case will require jurors to weigh whether the alleged conduct constitutes a crime or whether it is constitutionally protected speech and assembly and the right to bear arms.

Defense attorneys had argued that the court’s plan to only summon citizens in the more urban counties closest to the federal courthouse in Wichita is a discriminatory practice that excludes rural and conservative jurors. But the judge during the hearing noted several counties surrounding the federal courthouse in Wichita already used to draw potential jurors are rural counties.

Kansas voted overwhelmingly for Trump in the 2016 election, and Melgren mused during the hearing that he does not see a material difference between picking a jury pool from a group that voted two-thirds for Trump as compared to a group that voted three-fourths for Trump. During the campaign, Trump called for a crackdown on immigration and a ban on Muslims entering the country.

But attorney Kari Schmidt, who represents Wright in the case, told the judge there is a difference in the belief systems between people in rural southwest Kansas, where the crimes allegedly occurred, and people in the other rural counties near Wichita that the judge cited in making his comparison.

The government cited legal cases finding that groups of prospective jurors defined by geographical location are not “distinctive” groups for purposes of a constitutional attack on a prospective jury pool. By contrast, women and racial groups are considered distinctive groups for such purposes. Prosecutors contended the defense request would set a “dangerous precedent.”

“At its core, it is seeking to stack the deck,” Justice Department attorney Risa Berkower said.

News
In Africa, hijab is no barrier to success in beauty pageants
Follow us on Facebook!
Submit your photos to RNS