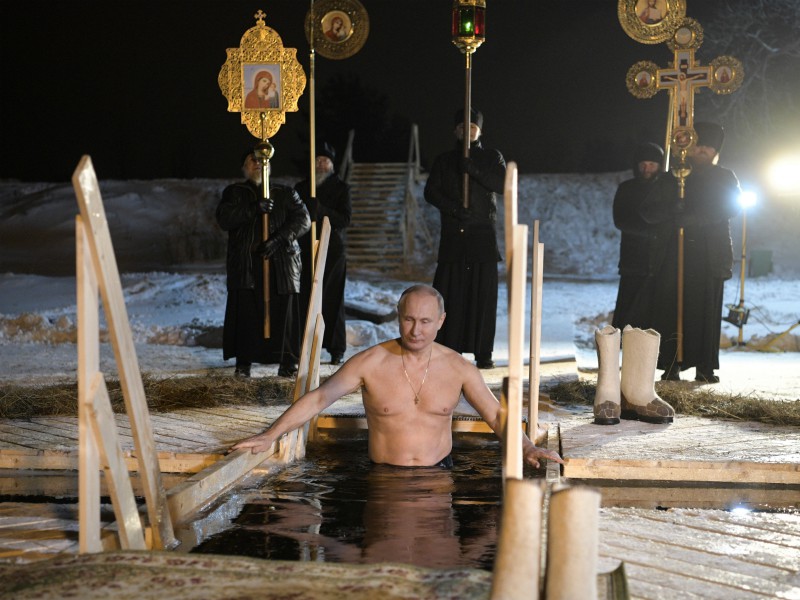 MOSCOW (AP) — A Russian Orthodox bishop has said he wouldn't vote for President Vladimir Putin in March's election — an unprecedented show of dissent by a high-ranking clergyman in the church whose hierarchs have maintained warm ties with the Kremlin.

Bishop Yevtikhiy of Ishim in Siberia said on the social networks site VKontakte that he wouldn't "vote for darkness" himself and wouldn't advise others to do so.

Yevtikhiy explained his decision by pointing at Putin's statement that the Communists imitated the Christian tradition of preserving saints' relics by putting the embalmed body of Soviet founder Vladimir Lenin in a Red Square tomb — words he called blasphemous.

The independent Novaya Gazeta noted Monday that Yevtikhiy's comment marked the first time a top member of the Orthodox clergy had spoken out against Putin.