(RNS) — When we think about how expensive weddings are here in the U.S., never do we think that for some people who live in dire poverty around the world, it’s not the florist or sit-down-vs.-buffet that’s the question.

Sometimes poverty is so desperate, even small fees prohibit the celebration of the sacrament of marriage.

On Valentine’s Day, take a moment to meet a couple committed to each other and their children, but for whom tying the knot was prohibitively expensive.

Plynie and Shera are examples of what we hope for in a marriage. They loved each other and were doing their best to build a life together. They were together for eight years and had three beautiful children. But they weren’t married. When it came to getting married, something stood in their way. They could not afford the fee for the paperwork required by their hometown in the Philippines.

Plynie and Shera weren’t alone. The cost of a legally recognized marriage prevented many couples in the community from getting married, so Food for the Hungry did something very unusual for a faith-based nongovernmental organization that specializes in global health and development. Clearly, weddings were not its typical foreign assistance project. But Food for the Hungry looks at the whole person, and its staff saw a need and a unique way to improve living standards. Marriage isn’t just a symbol. The Christian sacrament of marriage bonds couples to one another, to God, and it also creates positive, tangible growth in communities.

So Food for the Hungry sought out community leaders who agreed to sponsor couples. And what followed was a mass wedding for 48 couples who until then were not able to marry.

Plynie said marriage inspired him to work harder: “I became diligent and hardworking for my wife and kids. It’s a different feeling.”

“After our marriage,” said Shera, “I felt peace knowing that we are now legally husband and wife.” Shera appreciated the legal protection that marriage affords a wife in her impoverished town.

Another couple, Marlo and Evelyn Escalada, reflected on how a legal marriage after 15 years of being together improved life for their kids. “Not until we were married did we realize the impact of it to our children. We had many difficulties, especially when the children were growing up. In enrolling our children to school we always had a problem because we could not present a valid document.”

Sometimes poverty is so desperate, even small fees prohibit the celebration of the sacrament of marriage.

“With the guidance of the FH staff and the church,” said Nora Acosta, a town councilwoman explaining why village leaders decided to work with Food for the Hungry and help meet this community need, “we unanimously decided to conduct this project knowing that it will impact most of all the children.”

I, for one, am always heartened to hear about joint efforts between Food for the Hungry, churches and community leaders that put love first. Love, I suggest, is another kind of food — for the heart.

(Gary Edmonds is president and CEO of Food for the Hungry, a relief and development organization of Christian motivation that works in Asia, Africa and Latin America. The views expressed in this opinion piece do not necessarily reflect those of Religion News Service.) 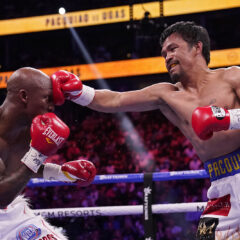