(RNS) — Evangelist Billy Graham died on Wednesday (Feb. 21). Here is a timeline of his life:

— 1934: Made personal commitment to Jesus during Charlotte, N.C., revival meeting.

— 1937-40: Attended and graduated from Florida Bible Institute near Tampa, Fla.

— 1939: Ordained to the ministry in a Southern Baptist church in Florida. 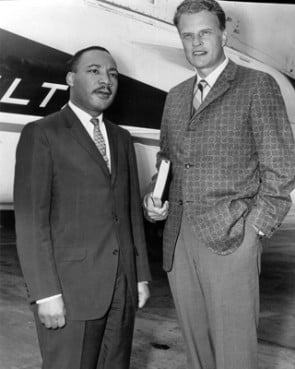 — 1966: Convened the World Congress on Evangelism in Berlin.

— 1989: Received star on Hollywood Walk of Fame; first clergyman to receive the honor.

— 1995: His ministry transmitted a “Global Mission” evangelistic conference via satellite to 185 countries in 116 languages. His son Franklin, also an evangelist, is named eventual successor to lead Billy Graham Evangelistic Association. — 2000: His ministry sponsored Amsterdam 2000, an international meeting of evangelists.