CHICAGO (RNS) — The problems in the United States’ criminal justice system go all the way back to slavery, according to Dominique DuBois Gilliard, who directs racial reconciliation work for the Evangelical Covenant Church.

Both slavery and incarceration are means of racial and social control, said Gilliard, who sees these controls working together throughout American history — from Jim Crow to lynchings to the war on drugs to the privatization of prisons.

“Mass incarceration, particularly from 1970 to the present, is just the latest articulation and iteration of it, not this new manifestation,” he said.

Building on the work of civil rights lawyer and legal scholar Michelle Alexander, Gilliard made those connections to a packed room at the launch of his book, “Rethinking Incarceration: Advocating for Justice That Restores,” recently at Wilson Abbey in Chicago.

He spoke afterward to Religion News Service about the role of Christians in criminal justice reform, which has been in the headlines recently. And the White House has created a Federal Interagency Council on Crime Prevention and Improving Reentry and made recommendations to Congress for more prison work programs and funding to help people find jobs after their release from prison.

Are you hearing more people talk about criminal justice reform? If so, what do you think has brought this to the forefront of people’s minds?

Dominique DuBois Gilliard speaks at the launch of his book “Rethinking Incarceration: Advocating for Justice That Restores” on Feb. 16, 2018, at Wilson Abbey in Chicago. RNS photo by Emily McFarlan Miller

I think we’ve finally gotten to the point where there’s bipartisan consensus that there’s a problem. I think another thing that has happened is medical professionals have gotten more vocal about how many people who are locked up actually are people who need medical intervention instead of incarceration.

I would say the third factor — and maybe the most important factor — is that you’ve seen a lot more police chiefs and heads of departments bluntly say we cannot incarcerate ourselves out of this problem. These are people who have chemical dependencies that again need some kind of intervention that incarceration is not presently meeting.

I think our system of solitary confinement is hugely problematic. Right now we have about 80,000 people who are locked up in solitary confinement every day, and oftentimes that consists of people being locked in a small cell in the dark in isolation, given contact with sunlight and human interaction for one hour a day. That is not incarceration. That is torture.

Another problem is our juvenile justice system. We have 13 states that don’t have a minimum age for trying juveniles as adults. When juveniles are tried as adults, their sentences are more severe; they don’t have the luxury of having their record expunged when they turn 18 so they don’t forever mark the rest of their lives.

Another problem with our criminal justice system is the way that people are oftentimes exploited for their labor and the ways in which companies and industries are profiteering off their labor. They do it in a way where they say they’re training them up with job skills. But these same companies these people are working for behind bars for 10 or 15 years, becoming proficient at that labor, the day they get released and apply for a job there, they’re denied a job because of their criminal record.

Another issue that we know: In a number of states, pregnant women, when they give birth in the midst of their sentences, they’re forced to be shackled to a gurney in the midst of their delivery process. We know being born into that stress-induced state has irreversible cognitive impacts on the child, but we still haven’t changed the law in light of that.

The obvious one is the racial disparity. We know that 1 in 3 black males are predicted to spend time behind bars in their lifetime and the number is 1 in 6 for Hispanic males.

How do you think the church has contributed to these problems?

One of the ways the church has participated in the problems of our criminal justice system is how staunchly we have been in support of the death penalty, which is so ironic because one would think that since our faith revolves around the person of Jesus Christ, who himself was falsely incarcerated and put to death by the state, we would think differently about the death penalty than we do.

Why is this an issue Christians should care about and should be paying attention to?

Most people don’t reckon with the fact that literally four of the books of the Bible were written in the midst of incarceration. Particularly in Colossians, we see Paul pastoring the church from prison and actually pastoring them into faithfulness as they start to backslide. How many of us really believe that somebody in the midst of being locked up could teach the church how to be faithful to God?

What would you encourage Christians to do to effect change within the criminal justice system?

Every church should be involved in one of these four ways: 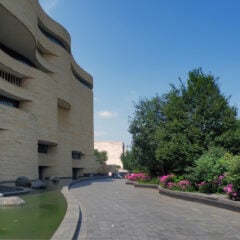