(RNS) — Passover and Easter once again coincide this year. The first seder (Passover meal) of the eight-day Jewish festival is on March 30, and Easter falls two days later.

During this holiday season, the focus for Christians is on the last days of Jesus’ life, the subject of a new documentary hosted by “Downton Abbey” actor Hugh Bonneville. “Jesus: Countdown to Calvary,” will air on most public television stations before Easter.

Christian Passion plays will be performed in many venues, including an NBC live performance of “Jesus Christ Superstar” on April 1. On the same day, NBC will also air “Easter Mysteries,” an oratorio by Tony-award winner John O’Boyle that focuses on the Jewishness of Jesus and his followers. Both television productions feature an African-American actor portraying Jesus.

Philip Cunningham, a theology professor and co-director of the Institute for Jewish-Catholic Relations at St. Joseph’s University, and the editor of “Pondering the Passion: What’s at Stake for Christians and Jews?,” describes O’Boyle’s efforts as “a reflection … upon the significance for Christian faith. … It is less concerned with the causes or the extent of his sufferings than with the new life that Christians find in the Raised Jesus.” 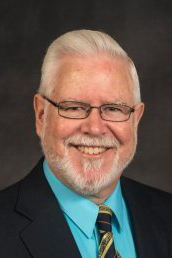 Plays depicting Jesus’ death in ancient Jerusalem at the hands of the hated Roman occupation authorities originated in medieval Europe when many people were illiterate and religious teachings were visually transmitted. Tragically, audiences frequently received wildly inaccurate stereotypical images of Jews and Judaism.

Cunningham points out that for centuries, Christians “adopted a ‘zero-sum’ perspective: For Christian traditions to be true, Jewish traditions had to be false. This binary way of thinking expressed itself in Passion plays in which Jewish characters or even ‘the Jews’ collectively were portrayed as the perpetually blind, hateful enemies of Jesus.”

He also noted that traditionally, “Passion plays often combined the most negative ‘anti-Jewish’ elements from the four Gospels into a composite narrative that was more hostile to Jews than any single Gospel alone.

“The image of visceral Jewish hostility to Jesus was pervasive in Christian culture. In artwork, poetry and preaching, the fact that crucifixion was a Roman method of execution — and that the public display of Jesus on a cross suited Roman purposes far more than any Jewish one — was at times forgotten.”

The toxic problems Cunningham describes were in full evidence in the 2004 Mel Gibson film, “The Passion of the Christ,” which attracted widespread and harsh criticism from Christian and Jewish New Testament experts. The Oberammergau Passion Play in Germany is the world’s most famous religious drama. It attracts large audiences every 10 years when there are over a hundred performances. The next OPP will be in 2020.

After attending a 1930s performance of the blatantly anti-Semitic Oberammergau play, Adolf Hitler declared: “Never has the menace of Jewry been so convincingly portrayed as in this presentation of what happened in the time of the Romans.”

I have been involved with the OPP since 1970 and have visited Oberammergau multiple times, including attendance at a performance. Jewish and Christian colleagues who together pressed for meaningful changes to eliminate the anti-Jewish staging, script and costumes of the play joined me in efforts that have produced a series of positive changes in the production. Frederik Mayet as Jesus, left, performs with laymen during a dress rehearsal of the Oberammergau Passion Play in the theatre of Oberammergau, southern Germany, on May 10, 2010. More than 2,000 citizens of this Bavarian village participate in the century-old play of the suffering of Christ, staged every 10 years and dating back to 1634. (AP Photo/Matthias Schrader)

The tense relationship between Joseph Caiaphas, the Jerusalem Temple’s high priest, and Pontius Pilate, the cruel Roman governor of Judea, is a central feature in the New Testament account of Jesus’ crucifixion and remains a Passion play flashpoint. Caiaphas is, with very few exceptions, always portrayed as venal and keen for Jesus’ death as he manipulates and badgers the supposedly weak overlord of the Roman occupation.

But Pilate, the Roman “procurator” or military governor, was neither weak nor powerless. It was only Pilate and not the Jewish leaders who had the authority to carry out the scourging and capital punishment in the form of crucifixion. The subservient high priest was a political appointment of Roman authorities and served at their bidding.

Because he owed his religious position to the Romans, a submissive Caiaphas collaborated with them. He satisfied his foreign masters by maintaining “law and order” among the restive Jews living under Roman occupation.

Eugene Fisher of St. Leo University, the former director of Catholic-Jewish relations for the U.S. Conference of Catholic Bishops, questions the claim that Caiaphas and the Temple priesthood were authentic “Jewish leaders”:

Fisher writes: ” … Eager to please their Roman superiors, they would zealously seek to bring to the attention of Pilate even the slightest hint of rebellion. … They were not the truly religious leaders of the day, (unlike) the Pharisees. Rather the individuals involved (including Caiaphas) … had sold out to Rome … and represented no more than their own selfish interests.”

In 36 C.E., Pilate’s cruelty, especially his mistreatment of Jews and Samaritans, caused his superiors to remove him from office. Pilate was forced to make a humiliating return to Rome. Another flashpoint: Most Passion plays fail to make clear to audiences the historic reality that Jesus, his family and early followers were all Jews, and not “the first Christians.”

I judge every Passion play by asking if it tells a story that is totally free of anti-Jewish images, costumes and teachings.

I’ll be watching on April 1.

(Rabbi A. James Rudin is the American Jewish Committee’s senior interreligious adviser. The views expressed in this commentary do not necessarily reflect those of Religion News Service.)