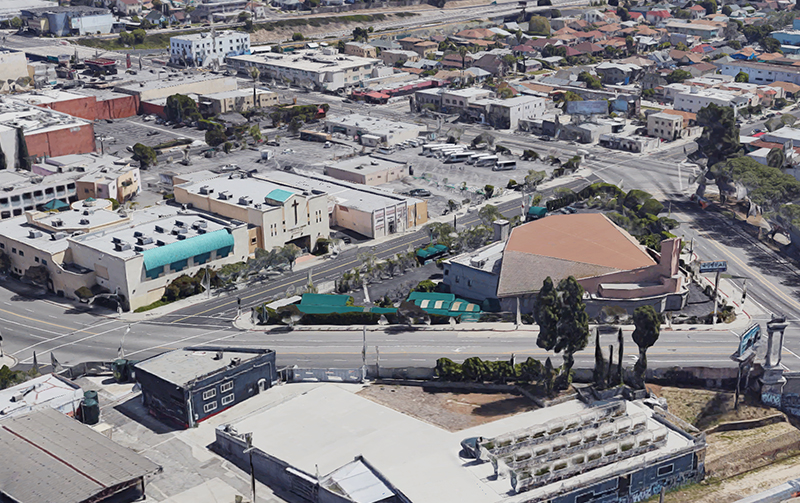 LOS ANGELES (RNS) — Stephen Han’s sermon has the cadence of a TED Talk. Wearing jeans and a loose button-up shirt, he paces energetically across the stage, only stopping at a table every once in a while to glance at his notes.

His soaring oratory echoes around the hall, and his audience — a mix of predominantly young adults and worshippers in their 40s — hangs on his every word as he lectures on the Book of Nehemiah.

Occasionally, he drops a Super Bowl joke – after all, it’s the day of the game. “If you don’t know who Tom Brady is, get a life,” he says.

Han is the lead pastor at Young Nak Celebration Church, a Korean church in Los Angeles that holds all of its services in English.

Across the street, another house of God — with a nearly identical name — attracts hundreds to its Sunday services, but they are held in Korean. At Young Nak Church, a sermon comes with a more traditional touch, reminding its immigrant members of the standard church services they used to attend in Seoul.

A choir of about 100 Koreans sits behind the altar as the pastors, all dressed in dark suits, read aloud from a Korean edition of the Bible.

The two Presbyterian ministries, which were once united, have grown increasingly apart over the last decade.

What was intended as a model of interdependence has grown into an argument between the ministries over how Korean their church should be.

In recent years, this tension has emerged within many ethnic churches in the United States as they struggle to preserve their home countries’ cultures while new generations become increasingly Americanized.

Other ethnic Asian congregations and Latino churches face the same challenge as their members become second- and third-generation Americans who practice faith in different ways.

Young Nak Church was founded in the 1970s as an ethnically Korean congregation with Korean-language services for the first wave of Korean immigrants who came to Los Angeles.

As its members had children who grew more accustomed to the United States, an English-speaking ministry, with its own leadership and its own budget, opened to keep the next generation engaged.

It was this model that led Victoria Yim, a college-age, second-generation Korean, to join the Young Nak Celebration Church. “They do a good job at blending contemporary with Presbyterian values,” she said.

To Yim, the large proportion of second-generation immigrants, both Korean and Hispanic, makes services there easier to relate to.

But when Young Nak Church hired a new senior pastor last year, what once was a model of interdependence turned into a harsh debate over cultural heritage.

Young Nak Church began to consider opening up its own English-language ministry, albeit with a more distinctly Korean touch. 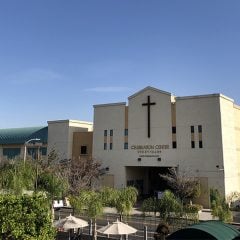 Young Nak Celebration Church has developed a multiethnic congregation in the past decade. RNS photo by Aziza Kasumov 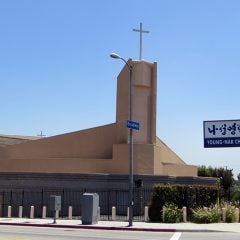 Young Nak Church was founded in the 1970s in Los Angeles. Photo courtesy of Creative Commons

Reached over the phone, Young Nak Church’s office manager, Frank Son, said the church leadership has decided not to comment on this matter.

“There is a substantive cultural difference between first- and second-generation immigrants,” said Soong-Chan Rah, who has worked as a pastor at a Korean church and now teaches church growth and evangelism at North Park University in Chicago.

“More recently, we’ve seen the second generations at Korean churches either split or create a separate identity,” Rah said. The language barrier serves as a catalyst for this trend, as does the fact that most of these newer congregations have pastors educated in the U.S.

But the driving force, Rah said, is a growing affinity for American culture and repeated exposure to other immigrant communities.

While Young Nak Church’s Sunday service is attended overwhelmingly by Koreans, its modernized counterpart across the street has slowly become a multiethnic church, drawing in Korean-Americans, Latinos and a growing number of interracial and interethnic couples.

“We lose that multigenerational dynamic that churches normally have,” Rah said, “but you gain the multicultural aspect.”

Young Nak Celebration Church, which has two non-Korean pastors, is a prime example of this trend. The ministry hired John Loppnow from Chicago in 2003 and Robert Lopez, a Latino, in 2015.

Will Korean-speaking ethnic churches eventually die out? Since a second wave of Korean immigrants arrived in the U.S. in the 1990s, Rah said there will still be a need for Korean-speaking congregations for another 20 years or so.

Apart from Korean-language services, such ministries traditionally also provide translation services and help new arrivals from Korea look for jobs and schools. But slowly, those churches, too, will see their membership grow older as the succeeding generation drifts away, Rah predicts.

Young Nak Church’s ranks are filled with Korean immigrants in their 50s, wearing strict church attire such as suit jackets for the men and knee-length skirts for the women.

At the Celebration Church, young adults in jeans and T-shirts introduce prayer time by singing Christian pop songs and playing guitar together.

The newer church has high school prayer groups and offers snacks and laundry services on college campuses during finals weeks. On Sundays, children crowd the playground, as high school- and college-age members walk around the premises.

One of them is Yim. “I never even thought about losing touch with my Korean roots by attending YNCC,” she said.

News
One year later, advocates pressure for charges to be dropped in toppling of Serra statue