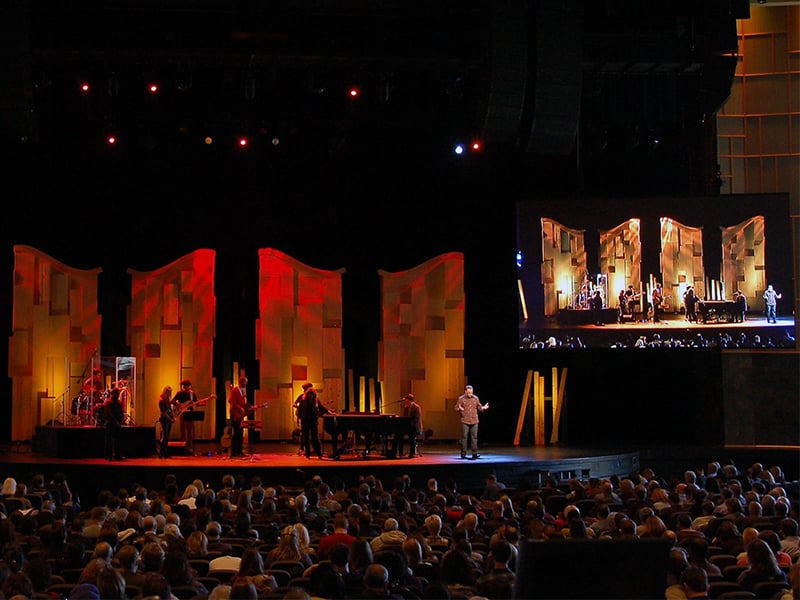 During services Sunday (April 22), Steve Carter, the church’s lead teaching pastor, recalled standing onstage less than two weeks ago with church elders and praying over Hybels, who has denied several accusations of misconduct with women.

Carter told the congregation how he watched the founding pastor of the Chicago-area megachurch walk offstage afterward — and keep going.

This past Sunday, Carter, standing on that same stage, his voice breaking at times, delivered a message about Joshua, who, in the Bible, succeeded Moses to lead the Israelites into the Promised Land.

Carter said he felt a “profound sense of sadness” because “we were supposed to enter the Promised Land together. There was more work to be done.”

But like Joshua, he continued, God was calling the congregation to be strong and courageous.

“I believe that God has given us this moment, that he’s been preparing us for this. … Right now, while the world is watching, how will a church respond to these circumstances?” Carter asked the congregation.

“This is our black swan moment. How many black swans does it take to prove they exist? Just one, and this is our time.”

The moment comes as Willow Creek’s board of elders released a letter to church members Friday announcing it will “examine” new allegations against Hybels and “respectfully reach out to each woman who has made an accusation,” according to the Chicago Tribune.

Christianity Today reported several new allegations over the weekend, including claims from Maureen Girkins, former president of Zondervan, which published many of Hybels’ books. Girkins alleged Hybels made comments about her appearance and pressured her to spend time with him alone, even insisting they work out the terms of a publishing contract on his private jet — without her husband, who had been hospitalized during a conference they were attending.

They follow a number of accounts, first revealed in a Tribune investigation, from women in his congregation and on its staff chronicling invitations to hotel rooms, comments about appearances, uncomfortably long hugs and an unwanted kiss. One unnamed woman also said she had a consensual affair with Hybels, though she later denied it when contacted by an elder.

Previous investigations by elders and a lawyer specializing in workplace issues had cleared Hybels of any misconduct, according to the Tribune investigation.

At least seven women now have accused Hybels of acting inappropriately with women and abusing his power as head of Willow Creek, by Christianity Today’s tally. The influential megachurch has eight locations in the Chicago area, including a 7,000-seat worship center at its main campus in South Barrington and the Willow Creek Association, a nonprofit focused on leadership development.

Hybels resigned earlier this month following the Tribune investigation — several months ahead of his planned retirement. He has denied all accusations, calling them “flat-out lies.”