(RNS) — For Pope Francis, the first pope from the Americas, the Catholic Church in the United States continues to be a particularly challenging part of his flock. American Catholicism in particular highlights the polarization of the church into those who embrace Francis, and the vocal and often influential minority who see him as a threat to the faith.

Five years since Francis became pope, and nearly three since he made his first visit to the U.S., his relationship with U.S. Catholics is entering a new phase, one in which the divide that separates Catholics on either side of the culture wars has hardened.

This hardening comes as Francis’ pontificate can no longer be considered a transitional and provisional papacy. He has now been bishop of Rome longer than St. John XXIII was pope. And the far-reaching changes that Francis has made in such a short time remind us of the changes shepherded by the pope who called Vatican II.

Institutional reforms are well underway. At a recent conference at Villanova University on Francis’ papacy, Cardinal Oscar Maradiaga, a member of Francis’ Council of Cardinal Advisers, confirmed that a draft of a new apostolic constitution on the reform of the Roman Curia is about to be circulated among experts. But it has become clear that Francis’ pontificate cannot be measured in terms of reform of ecclesiastical structures.

In the present, what may be more meaningful to American Catholics are the new channels through which Francis’ message is disseminated in the U.S., home to some of Francis’ most influential critics. (These critics were particularly upset by the stance Francis took in the 2016 apostolic exhortation “Amoris Laetitia,” in which the pope, in the words of the Rev. James Martin, asked the church to “meet people where they are.”) 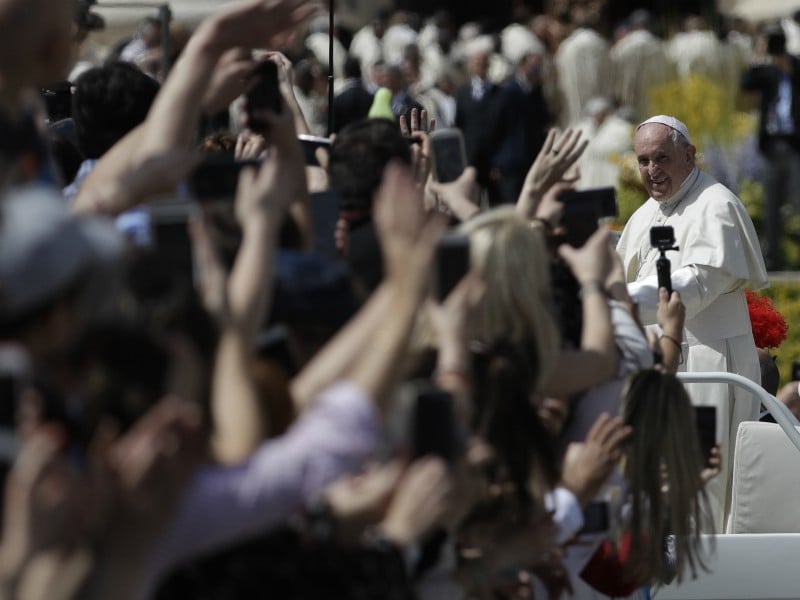 Pope Francis leaves St. Peter’s Square at the Vatican after a Mass on the Sunday of Divine Mercy, April 8, 2018. (AP Photo/Gregorio Borgia)

Many of these new channels run through Catholic colleges, universities and seminaries — and Catholic publishers. In 2017, for example, there was the Boston College seminar on “Amoris Laetitia” that opened the way to other seminars with theologians and bishops and provided a theological guide to Francis’ most-discussed document in the U.S. Next October, an international conference on Francis’ theology at the Sacred Heart Seminary and School of Theology near Milwaukee will take place. Soon after, Liturgical Press will publish in English “The Mind of Pope Francis,” an intellectual biography by the Italian philosopher Massimo Borghesi, who argues that Francis is a cleric of exceptional intellectual depth.

Recently, an international conference held at Villanova University (April 12-15) called “Francis, a Voice Crying Out in the World: Mercy, Justice, Love, & Care for the Earth” provided another vehicle for the delivery of Francis’ message.

At the Villanova conference, prominent clerics and academics — Catholic and non-Catholic — joined in the discussion of Francis. Among the speakers were two cardinals, Joseph Tobin and Maradiaga; those who have advised Francis, including the Rev. Antonio Spadaro, sociologist Margaret Archer and economist Jeffrey Sachs; and academics who have delved into Francis’ theology, including the Rev. John O’Malley, the Rev. Agbonkhianmeghe Orobator, Villanova law professor Michele Pistone and me.

Archbishop Christophe Pierre, apostolic nuncio to the U.S., while not a speaker, took a front-row seat at the gathering.

Many of the conference attendees see 2018 as a time in which Americans can come to a deeper understanding of Francis. The beginning of the sixth year of his pontificate coincided with the publication last month of the papal exhortation on holiness, “Gaudete et Exsultate.” It also coincided with a crisis triggered by his handling of the church’s sex abuse crisis in Chile. In early April Francis asked forgiveness for mistakes he made responding to the situation — an unprecedented step for a pope. 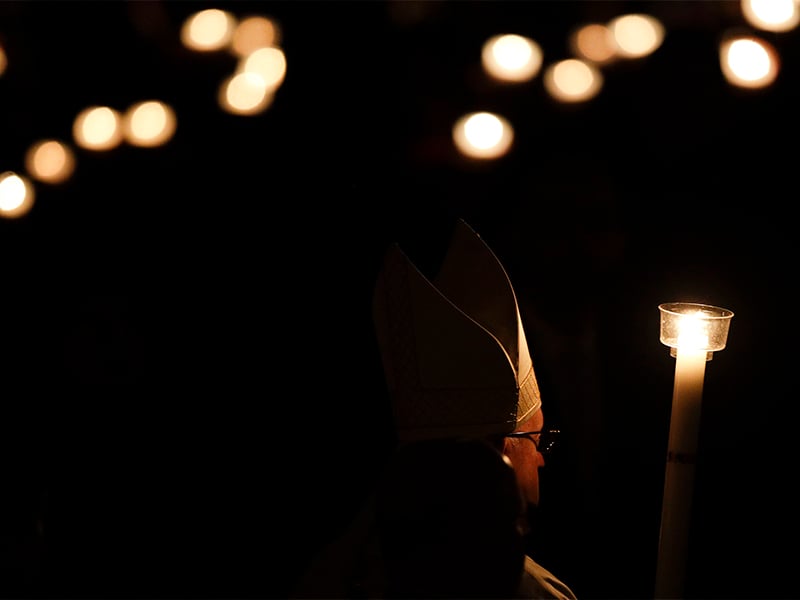 Pope Francis holds a candle as he presides over a solemn Easter vigil ceremony in St. Peter’s Basilica at the Vatican on March 31, 2018. (AP Photo/Gregorio Borgia)

Sessions and papers delivered at the Villanova conference spanned a wide spectrum of issues related to his pontificate, with many focusing on its relationship with the theology and history of Vatican II, and the pope’s call for social action around the world. Attendees recognized that while concrete reforms are needed in the church, many theologians and many of the faithful see this pontificate as a moment for church reform that cannot be defined in terms of bureaucratic change, but theological and spiritual shifts.

The U.S. presents distinctive challenges and opportunities for any pope. This is particularly true for Francis, whose concern for the poor, the marginalized and the environment is at the forefront of his message. The size and diversity of the American Catholic Church, its outreach around the world, the influence of its theologians and scholars — and the powerful role the nation plays in world politics — make it a unique and key branch of the global church.

While American Catholics have more strongly embraced Francis’ message lately, so too have his Catholic critics increased their resistance to his pontificate. This opposition — the geopolitical and cultural center of which lies in the U.S. — is notable both for the unprecedented gravity of its criticism and the high ecclesiastical rank of those who deliver it. These critics did not show up at the Villanova conference — or were not vocal if they did — but their influence in the church was felt throughout its seminars and sessions.

Contrasting views of Francis in the U.S. reflect the deep and historic polarization within the U.S. Catholic Church itself. It took a pope from Latin America to expose the depth of this rift in North American Catholicism.

(Massimo Faggioli is a professor of theology and religious studies at Villanova University. The views expressed in this commentary do not necessarily reflect those of Religion News Service.)