(RNS) — In the frenzied and partisan times we live in, there occasionally arises an issue or a cause that ought to obviously solicit the support of Democrats and Republicans as well as communities of faith across the spectrum.

The Prison Reform and Redemption Act, H.R. 3356, which has been referred to the House Judiciary Committee, represents one of those obviously nonpartisan moments when our elected officials should be able to feel good about achieving something that is a smart and right thing to do.

Writing together, as an Orthodox rabbi and a Christian minister, we feel deeply for victims of crime and we take comfort in our American system, which demands justice for those who violate the rule of law. But we also affirm these efforts to reform a prison system that invests too little money and too little energy in rehabilitation programs for inmates and for those re-entering society.

Of course, our own communities of faith have a religious obligation and centuries-old traditions of caring for prisoners and their families. But it isn’t just America’s religious leaders who support such reform. A national survey conducted in 2017 found that 91 percent of all Americans believe our criminal justice system has serious problems that need to be addressed. Over three-quarters of the same respondents noted that our present incarceration system is actually counterproductive to public safety because “sending someone to prison … increases the chances that he or she will commit another crime when they get out because prison doesn’t do a good job of rehabilitating problems.”

Some skeptics might be quick to question the political affiliation of participants in a survey with such an overwhelming consensus, but they would be wrong to do so because more than 65 percent of those cited identified themselves as Trump supporters and more than 68 percent self-identified as Republicans.

One of the reasons why so many Americans will support the passage of this legislation is because millions of families have been impacted by our prison system.

We are spending over $80 billion annually on prisons and jails to keep them there, when more than half of federal inmates are nonviolent drug offenders. The problem is that our prison system isn’t designed to rehabilitate any of them. The Bureau of Justice’s shocking statistics reveal that “within five years of release, about three-quarters (76.6 percent) of released prisoners were rearrested.”

The nonpartisan Safe Streets and Second Chances program argues such an astonishing rate of recidivism is linked principally to a lack of “evidence-based” approaches to prisoner rehabilitation, and some of the more effective evidence-based approaches to rehabilitation are those done in partnership with communities of faith who feel a spiritual responsibility to persevere with prisoners and their families all the way to their rehabilitation. These approaches include providing mental health services, counseling, job training, employment, housing and other practical assistance.

When states such as Texas embraced this comprehensive public/private approach they saw drastic changes. In Texas alone, they have shut prisons, saved $3 billion and reduced the number of young people in prison by 53 percent. Most importantly, families have been restored and communities have been transformed.

While never supporting a “get out of jail, free” approach, we pray that such legislative efforts will eventually open the way for the release of some of those convicted of crimes who we know can make a positive impact on the broader community.

One such person who we think of and pray for is Darryl Henley. He is a former UCLA All-American cornerback who later went on to play for the Los Angeles Rams. He is more than 20 years into serving a 41-year sentence for drug-related charges. Yet, for the past two decades, in federal prison, Henley has transformed the education departments in correctional facilities across the country, successfully guiding over 2,000 inmates toward their GED certificates. 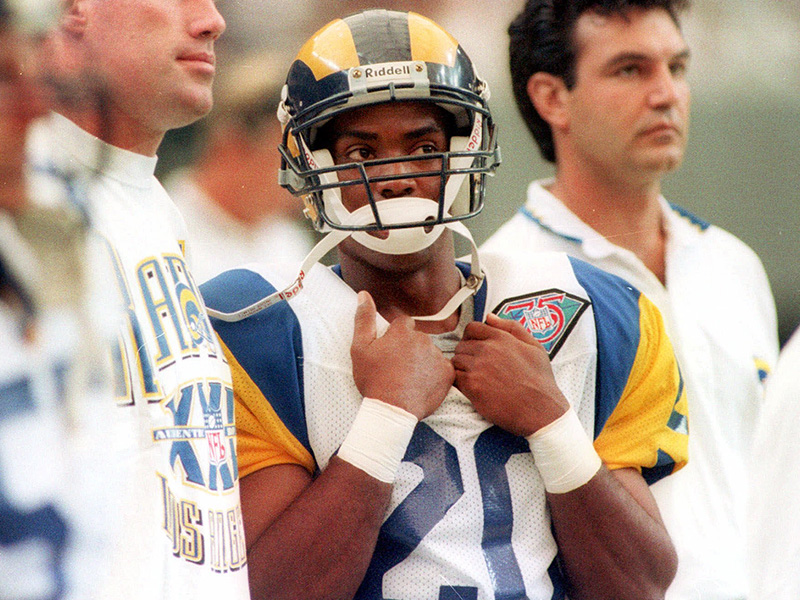 He single-handedly created a curriculum for inmates with special needs and is an advocate for tolerance among the racially divided populations in each institution. His former NFL and NCAA colleagues refer troubled athletes to Henley for counseling, and it isn’t uncommon for parents to bring their teenagers to prison visits for in-person guidance with Henley. In fact, a book could be written on the countless lives transformed by his rehabilitation and his commitment to rehabilitating others.

It all begs the question: Has Henley not yet adequately paid his debt to society?

It is our hope that our members of Congress will quickly pass the substantive and noncontroversial Prison Reform and Redemption Act and treat it as a foundation for additional actions desperately needed to ensure that victims receive justice and that those convicted of crimes are placed in a system geared toward rehabilitation, not recidivism. It is the right thing to do.

(Rabbi Abraham Cooper is the associate dean of the Simon Wiesenthal Center.
The Rev. Johnnie Moore is the president of the Congress of Christian Leaders. The views expressed in this commentary do not necessarily reflect those of Religion News Service.)