(RNS) – Militants killed a Roman Catholic priest this week in Bangui, the violence-wracked capital of the Central African Republic where Catholic and other faith leaders had made headway recently mediating between factions.

Former members of the mainly Muslim militant group Seleka are accused of killing the Rev. Albert Toungoumale–Baba on Tuesday (May 1) at the Notre Dame of Fatima Church. Of the hundreds of worshippers gathered at the church, at least 24 were killed and 170 injured by militants who sprayed bullets into the crowd and detonated grenades.

Toungoumale–Baba is the second Catholic priest to be killed in about a month in the CAR.

The murdered priest’s church lies just outside the predominantly Muslim PK5 district of Bangui, where a U.N. peacekeeping force began working last month. The attack on the church is seen as a response to security operations that resulted in the wounding of a leader of a self-defense group that had been accused of terrorizing both Christians and Muslims, said Roman Catholic Bishop Nestor-Desire Nongo-Aziagbia. 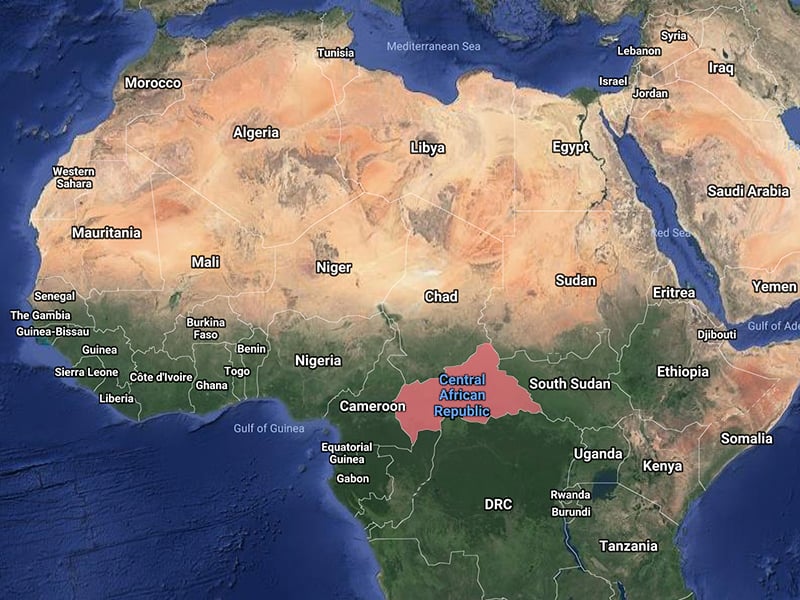 Two Catholic priests have been killed in the Central African Republic in the last month. Image courtesy of Google Maps

The attack on the church Tuesday was followed by attacks on mosques and other Muslim institutions.

Seleka overtook the CAR’s central government in March 2013, and was dissolved months later. But ex-Seleka members still hold sway in the CAR, despite U.N. and other efforts to keep the peace. The Catholic Church maintains a high profile in such efforts but has grown uneasy with the killing of a second priest within weeks.

Last month the Rev. Joseph Desire Angbabata, who served in a parish east of Bangui, died of bullet wounds after rebels targeted his church. He had intervened to protect refugees camped at the church compound from the rebels.

In the Congo, Catholic priests are also on alert. One was killed last month, the second in three years.

READ: After priest is killed in Congo, clerics say they won’t be intimidated

Catholicism
Did an Italian priest really give up his respirator for a younger patient?
News
Sowing division, Islamists target Christians in Burkina Faso
News
Man sentenced to life in prison for murder of Muslim teen Nabra Hassanen
News
Religious leaders hope CAR peace deal will end church, mosque attacks
News
Coptic abbot’s murder points to strains over ecumenism in Egypt
© Copyright 2020, Religion News Service. All rights reserved. Use of and/or registration on any portion of this site constitutes acceptance of our User Agreement and Privacy Policy, Privacy Statement and Cookie Notice. The material on this site may not be reproduced, distributed, transmitted, cached or otherwise used, except with the prior written permission of Religion News Service.