(RNS) — Longtime Southern Baptist leader Paige Patterson, embroiled in controversy over past remarks about domestic violence and his descriptions of women, has issued an apology.

“I wish to apologize to every woman who has been wounded by anything I have said that was inappropriate or that lacked clarity,” said Patterson, president of Southwestern Baptist Theological Seminary in Fort Worth, Texas, in a Thursday (May 10) statement titled “An Apology to God’s People.”

“We live in a world of hurt and sorrow, and the last thing that I need to do is add to anyone’s heartache. Please forgive the failure to be as thoughtful and careful in my extemporaneous expression as I should have been.”

The statement was the latest attempt by Patterson or his seminary’s officials to contain the reaction to an audio clip from the year 2000 that emerged two weeks ago, in which Patterson said he considered it unbiblical to recommend divorce, even in cases of domestic abuse.

In that clip he told a story of instead advising a woman who was physically abused by her husband to pray quietly on her knees while her spouse slept. In a 2014 video he describes a 16-year-old walking by as “built” and notes that the Bible uses similar language (“beautifully and artistically” made) to describe the creation of the first woman.

In the first sentence of his apology, Patterson cited a “sermon illustration used to try to explain a Hebrew word (Heb. banah “build or construct,” Gen. 2:22)” and said it and other sermons have “obviously been hurtful to women in several possible ways.”

“I would also like to reiterate the simple truth that I utterly reject any form of abuse in demeaning or threatening talk, in physical blows, or in forced sexual acts,” he said. “There is no excuse for anyone to use intemperate language or to attempt to injure another person. The Spirit of Christ is one of comfort, kindness, encouragement, truth, and grace; and that is what I desire my voice always to be.”

A former president of the Southern Baptist Convention, Patterson is considered an architect of its conservative resurgence (critics call it a takeover) that began in 1979 and has been a revered figure among many Southern Baptists. But in the last week, separate groups of Southern Baptist women and men have issued open letters to the trustee board of Patterson’s seminary questioning his current leadership. That board has scheduled a special meeting on May 22.

“To all people I offer my apology, but especially to women, to the family of Southern Baptists, my friends and the churches,” Patterson concluded. “I sincerely pray that somehow this apology will show my heart and may strengthen you in the love and graciousness of Christ.”

Karen Swallow Prior, a Southern Baptist, an English professor at Liberty University in Lynchburg, Va., and a signatory on a letter of Southern Baptist women concerned about Patterson’s remarks, said she was pleased to see the apology.

“It’s definitely a step forward,” Prior said in a phone interview Thursday. “Repentance is proven over time, and I hope that Dr. Patterson continues to weigh and consider the impact that his pattern of harmful statements to and about women has had.”

The May 6 letter she signed had more than 3,000 signatories by Thursday. It has been followed by a letter from Southern Baptist men signed by more than 200.

“We join our sisters in declaring that Jesus is nothing like this,” the men wrote. “Dr. Patterson’s behavior confuses the message of the Gospel. His continued leadership — without repentance and reprimand — calls into question the witness of the Southern Baptist Convention.”

Meanwhile, some prominent men in the nation’s largest Protestant denomination tweeted their appreciation of his apology. 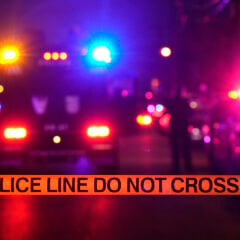 Religion Hub
Man kills 3 daughters, 1 other, himself at California church 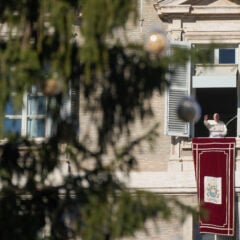