And the problem is growing particularly acute in Appalachia. In Tennessee, for example, 80 percent of crimes are drug related.

On Friday and Saturday (May 18-19) a conference on opioid addiction will bring clinicians, clergy and educators to the tip of southern Appalachia to begin a yearlong conversation on ways churches can help heal and support those caught in the epidemic’s grip.

Among its organizers is Dr. Raymond Barfield, a pediatric oncologist at Duke University who has a joint appointment at its divinity school. For five years he directed a program called “Theology, Medicine and Culture.” He now teaches courses on Christian philosophy and mentors students in the Medical Humanities Study Program.

How did the conference come about?

I was asked by Duke to go and give some talks in Bristol, Tenn. After my first talk, I got a tour of the hospital they were building. They had built a whole unit for neonatal abstinence syndrome. I was surprised. They said 50 percent of their neonatal admissions are for this syndrome, where babies withdraw when they’re born because their mother has been on some kind of substance, and as soon they’re born they no longer have it but they still have the physiological need for it. So they go into withdrawal. It can be a real challenge to manage.

So I asked, “What’s the rest of the community like? What’s the drug and alcohol problem?” As they told me the prevalence and impact on the community of addiction, that caught my attention.

I said, “I’ll come back and I want to meet with the people who are struggling. I want to meet the social workers and the community pastors and nonprofit leaders and people like that.” I suggested to them that one of the things we can do is take advantage of the model of partnering with faith communities because there are tons of churches and networks of faith communities already in place. We don’t have to create it.

What can churches do?

A bunch of things. If you have church members that believe the way out of addiction is to pull yourself up by your bootstraps or just believe enough, then you’re never going to be able to solve the problem. And the church communities, because they’re in a posture of judgment and shaming, instead of a posture of welcome and inviting the sick into our community, they’ll just be part of the problem.

But if you can get church leaders to begin to change the perception of these broken, fragile people who are in need of love and help and healing, it can have some significant impact.

The second thing churches can do that can be really important is to direct their own kind of community ministry. If you have 1,500 church leaders speaking to their communities about serving in a way that looks more like Jesus did, then you’ve got a bunch of people who may be able to reach out to people teetering on the edge. This is intended to be a discovery process rather than a process that tries to dictate a solution. It begins by trying to network community strengths and leaders who might not always be connected. You end up with networks of churches, connected to networks of social workers that are connected to networks of business leaders.

When AIDS first emerged in the 1980s, churches were among the last to get involved. They had a very judgmental attitude toward people with HIV. Is this going to be different?

AIDS hit with a ferocity and a mystery. No one knew what it was and people got scared. There were a lot of decisions being made out of fear. The thing that addiction has in its favor is that we have 80-plus years of the example of Alcoholics Anonymous where it’s quite clear that the role of community in addressing this issue of addiction is crucial.

“The Opioid Epidemic by the Numbers” Graphic courtesy of HHS.gov/Opioids

It’s also quite clear that however you frame the spiritual life of the human being, you cannot escape addiction unless the work of overcoming addiction is framed with a kind of spiritual growth. Within the 12-step program, the kinds of things that contribute to healing include humility and the admission of powerlessness; crying out for help; learning the habit of honesty about things you’ve done to hurt others or ways that others have hurt you; confession, where you tell another person about the things you’ve been hiding in your own life; and then a kind of orientation toward making amends wherever possible.

The last three steps are a kind of spiritual maintenance program and an acknowledgment that serving other people is a part of your recovery. This language very naturally fits into all sorts of faith communities. One of the reasons why this potentially could be different is that once a community overcomes its ignorance about what addiction is and its judgmental and shaming tendencies, faith communities actually have resources that very naturally help people trapped in addiction. So I think it’s different from the HIV epidemic.

Do you envision bridges between health care centers, churches and the legal community?

Yes. There are groups of social workers and other community leaders who focus on addiction but are not associated with any faith community. They have an expertise but they don’t have a place, or a community. Churches have a community but no expertise. You bring those two together while you’re creating other kinds of social changes and yes, that kind of partnership is what you need: health care, church leaders, community leaders and business leaders.

Can other such partnerships serve as models?

In Memphis, the health care system recognized that many of the patients seemed to be returning to the same problem over and over again. They tried to understand why their patients weren’t getting better. They realized, “we need to start making deeper connections within communities where these patients live. When they’re admitted to the hospital, we need to make sure we maintain a connection to the community. And when they go back to their community, we have partnerships between the hospital and people in the community who had identified themselves as willing to be part of the project.”

They were able to have substantial impact on the health of the people because of this partnership. But it was around things like Type 2 diabetes, which was prevalent in the African-American community. It helped reduce the problems related with diabetes, like losing limbs. So I think there are partnerships that have happened that are suggestive of optimism. 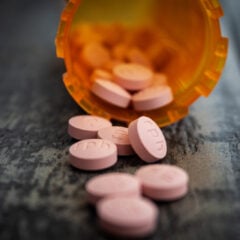