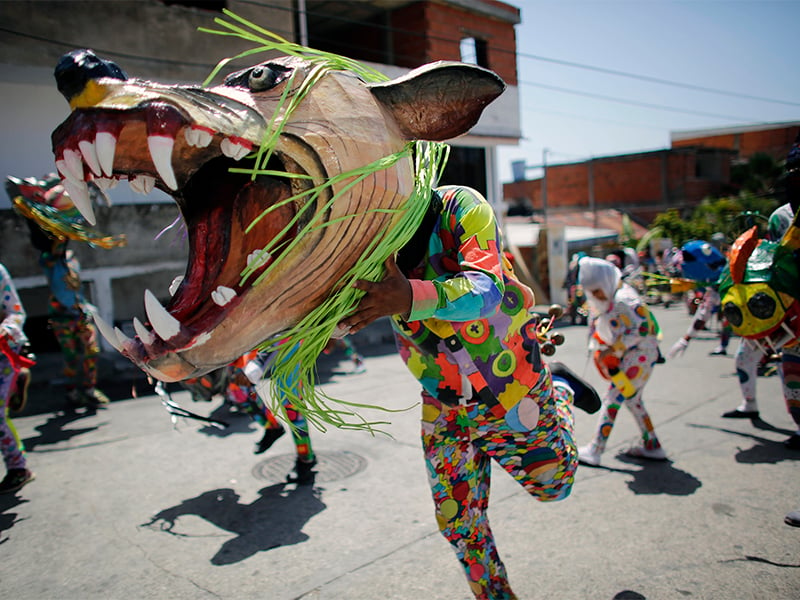 People wearing giant devil masks dance on a street during a traditional celebration in Naiguata, Venezuela, on May 31, 2018. The Dancing Devils of Naiguata festival features hundreds of masked participants dancing frantically, as if possessed by evil spirits. The ancient ritual is an unorthodox way of the coastal Venezuelan towns to venerate God during the celebrations of Corpus Christi. (AP Photo/Ariana Cubillos)
June 1, 2018
Kit Doyle

People wearing giant devil masks, often depicting animals and sea monsters, dance on a street during a traditional celebration in Naiguata, Venezuela, on May 31, 2018. The Dancing Devils of Naiguata festival features hundreds of masked participants dancing frantically, as if possessed by evil spirits. The annual ritual is an unorthodox way that some coastal Venezuelan towns venerate God during the celebrations of Corpus Christi. (AP Photo/Ariana Cubillos) 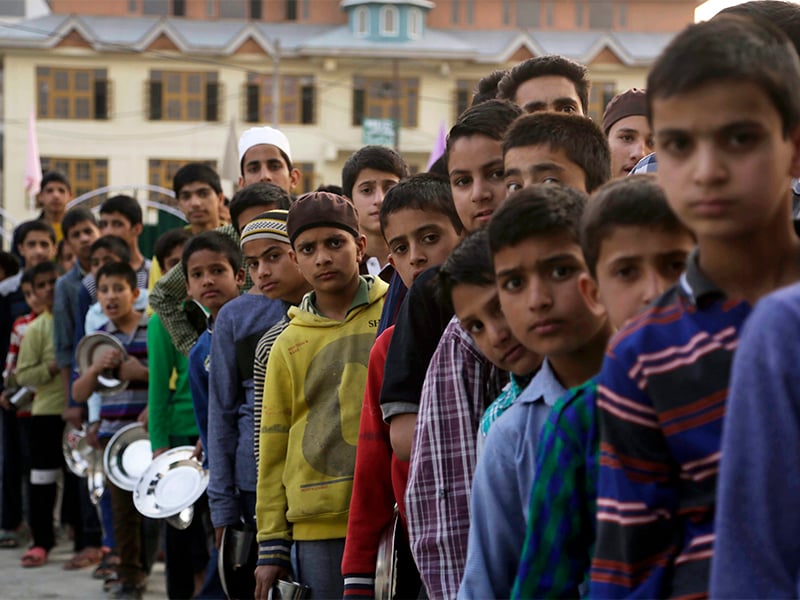 Kashmiri Muslim orphans stand in a queue for food before the Iftar meal at an orphanage in Srinagar, Indian-controlled Kashmir, on May 31, 2018. Muslims across the world are observing the holy fasting month of Ramadan, where they refrain from eating, drinking and smoking from dawn to dusk. (AP Photo/Mukhtar Khan) 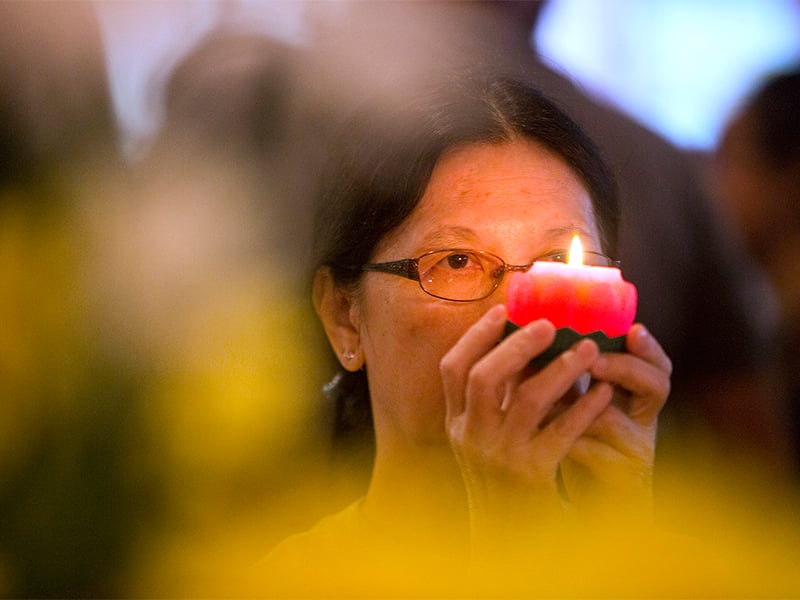 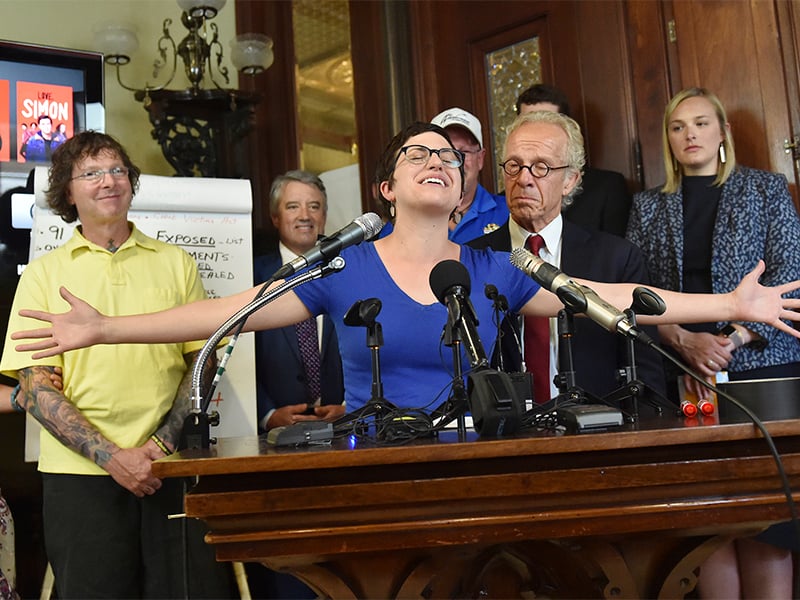 Clergy abuse survivor Marie Mielke talks about her feelings during a press conference detailing the settlement reached between clergy sexual abuse victims and the Roman Catholic Archdiocese of St. Paul and Minneapolis, on May 31, 2018, in St. Paul, Minn. (John Autey/Pioneer Press via AP) Girls line up as they wait for the start of the Corpus Christi feast day procession in Port-au-Prince, Haiti, on May 31, 2018. Corpus Christi is a moveable feast, marking the transformation of the bread and wine into the body and blood of Christ, celebrated on the eighth Thursday after Easter. (AP Photo/Dieu Nalio Chery) 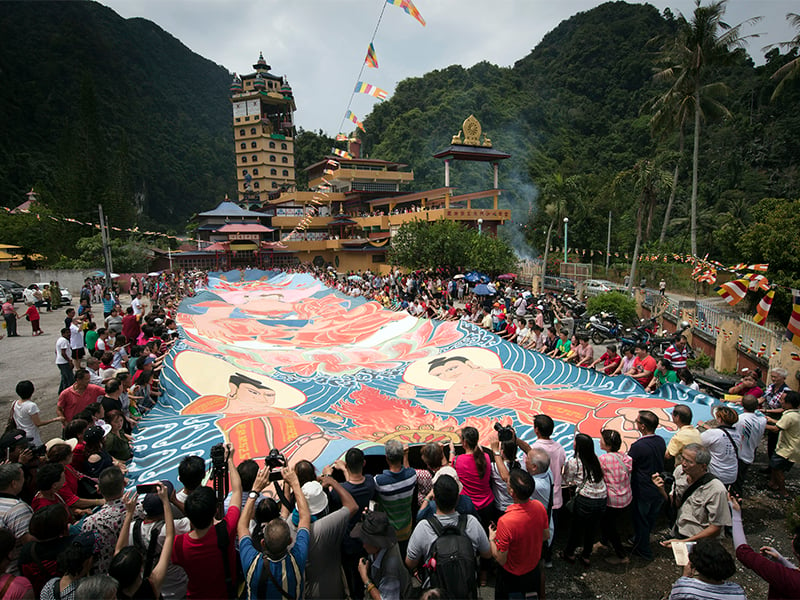 Buddhist devotees unveil a giant canvas of sacred "Thangka,” measuring 200 feet by 40 feet, under the sun during a Vesak celebration in Ipoh, Malaysia, Tuesday, May 29, 2018. Vesak, one of the holiest days for Buddhists, offers an opportunity for all followers to come together and celebrate Buddha's birth, enlightenment, and death. (AP Photo/Vincent Thian) A man visits a grave at Leavenworth National Cemetery on the eve of Memorial Day, on May 27, 2018, in Leavenworth, Kan. (AP Photo/Charlie Riedel) 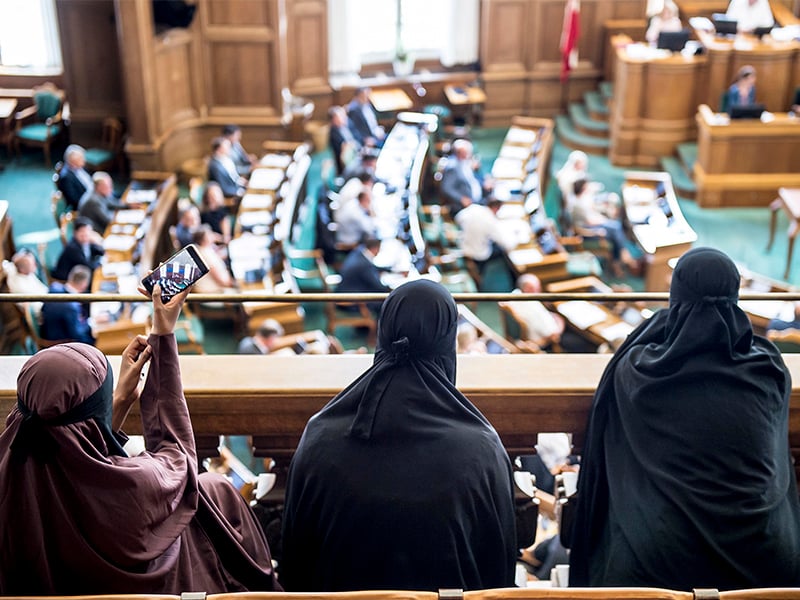 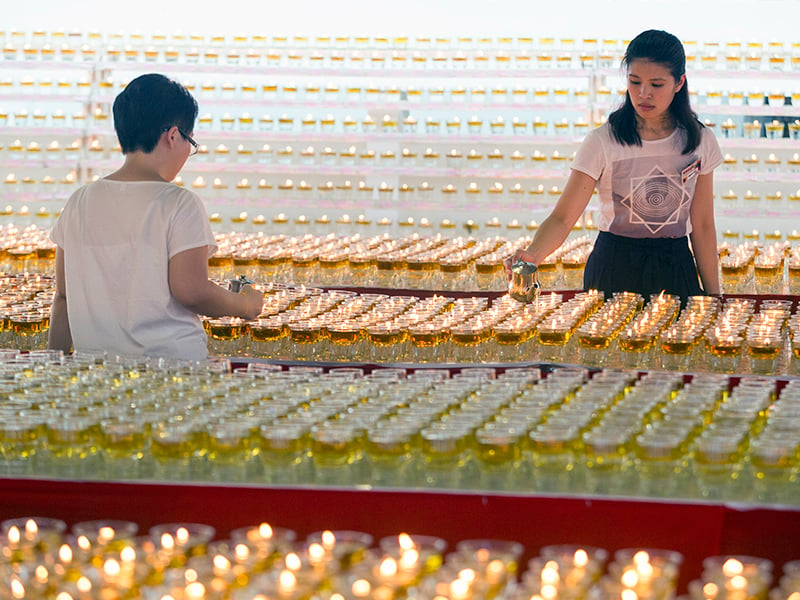 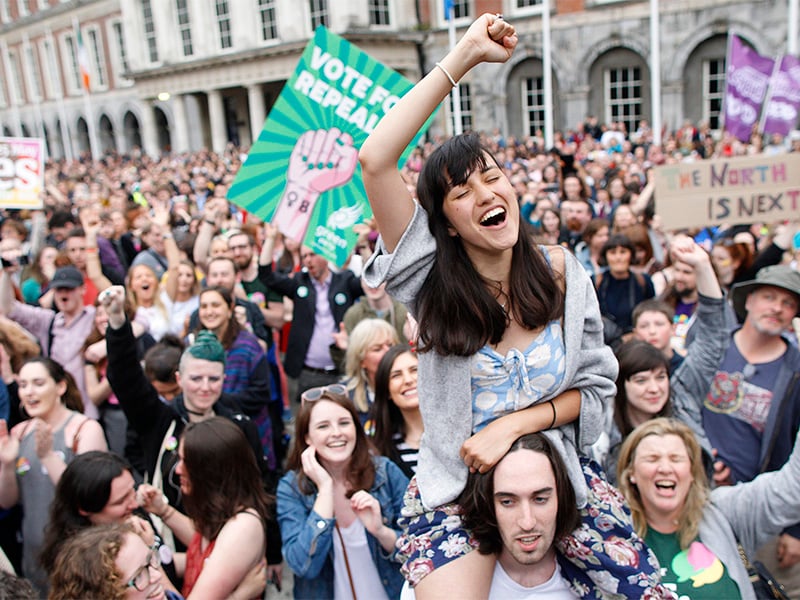 People from the "Yes" campaign react after the final result was announced in the Irish referendum on the 8th Amendment of the Irish Constitution at Dublin Castle, in Dublin, Ireland, on May 26, 2018. Ireland appeared to move away from its conservative Roman Catholic roots and embrace a more liberal view as voters repealed a constitutional ban on abortion. (AP Photo/Peter Morrison)