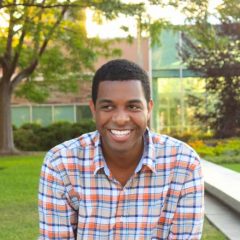 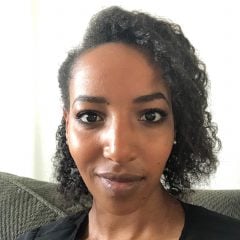 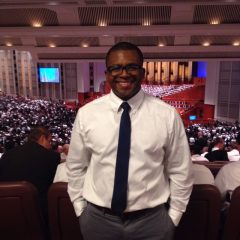 On Friday, June 1, the LDS Conference Center hosted an evening of song and celebration, commemorating the 4oth anniversary of the Church’s reversal of a priesthood/temple ban that was in place for black Mormons for more than a century. The brainchild of seven committed black LDS women, the “Be One” event can be viewed online here.

Today’s three guest bloggers, all current or recent students at Brigham Young University, are too young to remember the ban, but they’re not too young to have felt its aftermath. I asked them to reflect on what they saw and heard at the celebration. (And I’m sorry this column is only appearing now, five days after the event; I learned too late that the RNS site would be down for several days for an update, so I thank Zyon, Kirstie, and Andrew for their patience.) — JKR 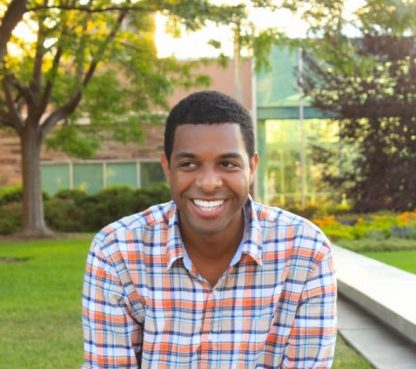 Zyon Smiley is from Savannah, Georgia. This past April, he completed a bachelor’s of science in psychology at Brigham Young University, and intends to pursue higher education in the field of law. He was and raised a member of the Church of Jesus Christ of Latter-day Saints, an unconventional distinction as a person of African American and West Indian ancestry. At age 19, he was called to serve a mission in the Baton Rouge, Louisiana area. He says those two years of service not only helped to bolster his religious identity, but also provided him with a greater outlook on his racial identity. In the near future, he intends to work as a lawyer, but his ultimate goal is to end up in government as a regional or state representative.

With this being the fortieth anniversary of the revelation on Latter-day Saint priesthood, I find myself reflecting on the state of black membership as we celebrate being united as a church community. As an African American, I take pride in a heritage steeped in civil activism and reverence for Jesus Christ’s gospel.

The Be One celebration is a step in the right direction for the LDS Church. What I loved about the event was its acknowledgement of historic black saints who were faithful in the gospel despite opposition from some members. Their stories will be an important part of the narrative as the church continues to spread the gospel message worldwide.

What stood out most to me from the event was President Russell M. Nelson’s address. He pushed back against the philosophies of prejudice, stating that we should not build walls of separation between our brothers and sisters, but bridges of cooperation. The Be One celebration was a spectacle, not only in production, but in its messaging, challenging over a century of racial baggage that has inhibited the church’s ability to reach every nation, kindred, and tongue.

While the event should be considered a resounding success, I believe it is only one key measure in healing racial wounds. In order to truly rectify the issue of past racism, the Church must take the message of the Be One celebration to every LDS branch, ward, and stake. Only through changing the hearts of everyday members can a healing process take place. 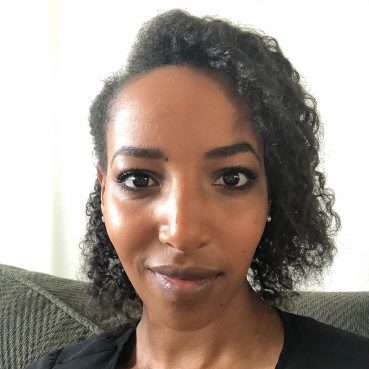 Kirstie was born in Ethiopia and was adopted at the age of 4 and then moved to the Provo-Orem area in Utah where she has lived for the past 20 years. She graduated from BYU in April 2018 with a major in Sociology and a minor in Africana Studies. She interned for a children’s charity health organization in Peru for a summer, and spent 18 months as an LDS missionary in Panama. She has been published in the LDS church’s June 2018 Ensign magazine about her experience with race in church.

What was most exciting about the “Be One” Celebration was hearing about black pioneer history. There was a big screen behind the narrators who were telling the stories of early pioneers in the 1800s and their images appeared large, looming over them as if they were present in the room for the celebration.

In the Church, the story of white Mormon pioneers who traveled across the United States and settled in Utah is a popular narrative that is constantly told by our leaders. I also love these stories of resilience and faith, but because I myself wasn’t born in the U.S. and I don’t have any black Mormon ancestors, this narrative doesn’t resonate with me personally. Since we are a worldwide church with diverse members in language, ethnic, and national origin, the white Mormon pioneer story isn’t universally relatable. What was relatable to me was hearing about modern-day black pioneers who were the first members in predominantly black nations in Africa, the Caribbean, and South America.

At the end of the celebration, I conversed for a while with my white husband about what this meant to black members. On Facebook I saw streams of positive comments about how spiritual and uplifting this was. Did this celebration help to heal the wounds of racism in the church? I don’t believe it did so directly, but it taught me many good lessons and brought a lot of joy. I loved hearing President Oaks acknowledge the pain of exclusion and prejudice that black members felt before and after the 1978 revelation. Progress can take time, including repenting of our prejudice, but it is happening and moving us forward.

No matter how much I detail the pains of racism and prejudice I’ve felt in my own life to my white husband, he will never understand what it truly feels like to be in my shoes. I know, however, that Jesus Christ does know. Centuries ago He took upon Himself the sins, pains, and afflictions of His people in the past, present, and future. True healing of the pains of racism can only come through Jesus Christ because He knows my pain perfectly and how it has affected me. Looking to the Savior for that healing can also help me forgive others for their words and actions so I can have that inner peace. Andrew is from Columbus, OH. He served in the Colorado Denver North Mission from 2009 to 2011. He is a graduate of Southern Virginia University (2014) and is in his last year of graduate studies at Brigham Young University earning both a Juris Doctorate and Masters in Public Administration. He teaches Primary with his wife in Orem, UT.

I held back tears as my dad sang along to Gladys Knight’s choir performance. Now a bishop in my home ward, my dad was raised in a Baptist church in Georgia where his mother served as a deaconess for nearly 70 years. My parents joined the LDS Church in Washington, D.C. just four years after the revelation. My mother had been searching for truth her whole life and was baptized immediately. My father received his witness a few months later after a ponderous night gazing up at the stars on a naval ship.

The Be One celebration was a wonderful step forward for Church culture and identity. The conviction of so many other black and African Latter-day Saints performing their faith on stage was inspiring and hopeful. I saw several friends on stage, which reminded me of the intimate nature of the global church. I hope we will see more of this in the future.

President Nelson’s message is profoundly important—to keep moving forward; to focus on the opportunities of the future instead of the disappointments of the past. I am a big fan of President Nelson. He made a tender spot in my heart after a visit to my stake years ago where he asked the Stake Primary President—my mother—to join him on the stand and direct the congregation in a rendition of “I am a Child of God.” President Nelson truly has a heart for the people and this celebration was another reminder of that.

I hope as we move forward embracing “the opportunities of the future” we will be perceptive to the deep wounds some still experience because of the “disappointments of the past.” Those disappointments still cause strife in the present. The Church is taking active steps to heal the racism perpetuated by some of its members, and we have a commission to extend our healing efforts. Part of our baptismal covenant is to “mourn with those that mourn” and to “comfort those that stand in need of comfort.” There is still a lot of mourning that occurs due to present racial strife, particularly in communities where violence, injustice, and police brutality occur. There are hearts that need to be comforted—the newly widowed and the newly fatherless—who still need a touch of pure religion. These are some of the “opportunities of the future” I hope we as a church will embrace. I believe we can offer valuable assistance to Christ in healing these racial wounds even outside our church, in our nation and in the world.