(RNS) — When she was 12, Anjali Mitter Duva spent a year living in India with her Indian father and Jewish American mother. During a school vacation, the family traveled to Rajasthan, a desert region in the northwestern part of the country. After a long, uncomfortable train ride, they reached the medieval city of Jaisalmer, where a young teenager’s angsty frustration with family travel was quickly transformed into what she describes as pure awe.

“It’s completely gorgeous, with a stunningly blue sky and everything else in shades of orange, yellow, ochre and sandstone,” said Duva, who lives in Arlington, Mass. “Everything is super-saturated.”

In that stunning environment, Duva was particularly captivated by a local girl performing a sacred dance called kathak.

“I had been plucked out of my life for this year,” she recalls. “And here was my counterpart, this other 12-year-old girl. I remember this feeling of what made me be me, what made her be her, and how we were both there at the same place at the same time.”

That awe stayed with Duva. Nearly two decades after her trip, she published her first novel, “Faint Promise of Rain” (She Writes Press, 2014), set in the desert of Rajasthan and featuring as its protagonist a young Hindu dancer.

Travel, psychologists say, can change lives, especially when it’s to destinations that elicit awe and wonder. The feelings that take us out of ourselves foster positive social relationships, lower stress levels and cultivate overall well-being.

Awe has two phases, says Daniel Stancato, a researcher at the University of California, Berkeley, who studies the impact of awe on emotional health. Awe arises when a person perceives something “so strikingly vast that it transcends one’s current frame of reference,” he said. Next, awe forces someone to change his or her beliefs or worldview in order to make sense of the experience.

“To put it succinctly, one’s mind is … blown in a state of awe,” said Stancato.

Travelers needn’t go to the ends of the earth to experience awe. Nearly 331 million people visited a U.S. national park in 2017, where, according to the National Park Service’s mission statement, “inspiration” is listed next to “education” and “enjoyment.”

But according to the 2018 “State of the American Traveler” report from the U.S. Travel Association, more than half of American employees leave some earned vacation time unused each year. This translates to 705 million unused vacation days per year. 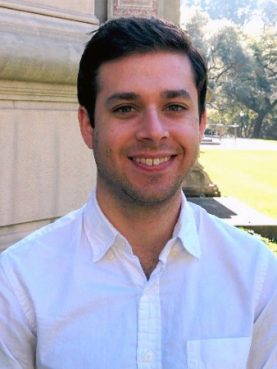 “Missed vacation time is detrimental for many reasons, but missed opportunities to experience awe in nature is one of them,” said Stancato.

The costs aren’t only to the overworked employee. Stancato is the coauthor of a 2015 paper that associated awe-inspiring experiences with positive social emotions, including generosity, selflessness and ethical decision-making.

Stancato’s research was published in the Journal of Personality and Social Psychology as five separate studies. Its major finding was that experiencing awe “can increase ‘prosociality,’ or inclinations to care for, share with and assist other people,” said Stancato.

Study participants experienced awe in different ways — for example, watching a moving video, looking at a tall grove of eucalyptus trees or recalling and writing about a time they experienced awe in the past. The positive social emotions were evident no matter which awe-inspiring stimulus was used.

New studies are building on these findings, including research on whether awe can break down barriers between social groups, including between people with differing political views. Early findings, Stancato said, suggest that experiencing awe can “lead liberals to be more tolerant of conservative views, and vice versa.”

Especially in an era when people report feeling divided along political lines, the research suggests that more awe could translate to better social cohesion.

“These outcomes are noteworthy, as several decades’ worth of research has shown that acting in ways that benefit others and help to build social bonds can have profound benefits for one’s health and well-being,” said Stancato.

Paul Kipnes, rabbi at Congregation Or Ami in Calabasas, Calif., takes his congregants outdoors for services around a campfire in the nearby town of Agoura or on a Shabbat hike in Malibu Creek State Park.

“We live lives where we think everything revolves around us,” said Kipnes. “Once we push ourselves outside, we realize that we who thought ourselves so big are really so small. You see a mountain range or look down into the Grand Canyon or at the ocean, and you realize immediately that you are part of something bigger, longer-lasting and amazing.”

“The shift from there is recognizing that now you have a responsibility for other people and for the earth,” he said.

Travel, journeying and wandering are “a common thread through most religions,” said Dallen Timothy, a scholar at Arizona State University who studies religious tourism. 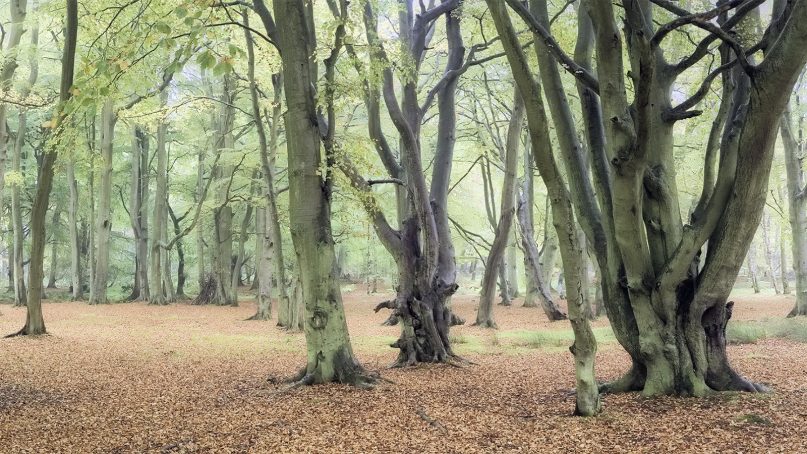 The West Woods of Ethie in Scotland. Photo by Tim Haynes/Creative Commons

Some of the most important moments in religious history occurred in natural settings. Moses received the Torah on Mount Sinai. Jesus was tempted by the devil in the wilderness. Muhammad was first visited by the angel Gabriel in a mountain cave near Mecca. And the Buddha attained enlightenment under a bodhi tree. Each religious leader was transformed, even physically, by their awe-filled experiences.

Timothy, whose book “Contemporary Christian Travel: Pilgrimage, Practice, and Place” (Channel View Publications, 2018) will be published in October, notes that religious travelers connect with these stories through trips to sacred sites, but they also can access awe and wonder simply by spending time in nature.

“There are probably as many ways to interpret ‘awe’ as there are religions and denominations within religions,” said Timothy. “Some faith traditions would understand awe as being spiritually moved by experiencing firsthand the localities where sacred events occurred or where religious figures ministered. Others might interpret awe as being inspired by the grandeur of God’s immense generosity.”

Mark Anderson, president and CEO of Journey Quest, based in Canyon City, Colo., leads groups of Christians on tours of canyons, rivers and mountains, pairing an outdoors experience with what he calls an opportunity “to share the love of God and experience his creation.”

Like many evangelical wilderness trips, Anderson’s rafting trips down the Arkansas River weave creationism — the belief that God created the world in seven literal days — into his tours. The grandeur of Royal Gorge, which rises 1,000 feet on either side of the river, inspires awe in his customers. Some, he said, have “accepted the Lord” or converted to Christianity during the trips.

In the presence of such grandeur, “You get a sense of who God is in your life and how minute and infinitesimal we are in the big picture,” said Anderson.

But there are no rules for where and how travelers can experience awe, said Judith Fein, a travel journalist and author of “Life Is a Trip: The Transformative Magic of Travel” (Pudie, 2012). Whether you are visiting a nearby town or an international locale, Fein advises journeyers to let travel “pull you into the present.”

(Holly Lebowitz Rossi is a freelance writer and editor who covers religion, health, and yoga. This story was written with support from a Templeton Foundation grant )