WASHINGTON (RNS) — As Supreme Court nominee Brett Kavanaugh, a District of Columbia appellate court judge, headed to Capitol Hill to meet members of Congress who will determine his fate, religious leaders and experts weighed in on whether he should be named the replacement for retiring Justice Anthony Kennedy.

One group of evangelical Christians, mostly men, is hailing President Trump’s nomination as someone who will protect “the God-given dignity of every human being,” while a group of evangelical women is seeking a more centrist Kennedy successor who will help mitigate the culture wars. As those debates over faith and culture continued Tuesday (July 10), secular leaders worry Kavanaugh could be a “disaster” for the principle of church-state separation, while some conservatives think he will be a staunch defender of religious liberties.

Here’s a sampling of responses from faith leaders and organizations concerned about the role of religion in U.S. society:

“If President Trump hit a home run with Justice (Neil) Gorsuch, in the nomination of Judge Brett Kavanaugh he’s hit a grand slam. President Trump has done it yet again, fulfilled a promise exactly as he said he would. In Judge Kavanaugh, we literally could not have asked for more. His excellent legal mind, along with his impeccable character and temperament, will serve the Supreme Court and all Americans well for years to come, regardless of political ideology.”

“Judge Kavanaugh’s reasoning on religious liberty, Obamacare and issues concerning life have proven to be of major concern. For these and other reasons, we are calling on citizens to urge their senators to firmly oppose the nomination of Brett Kavanaugh as a justice on the United States Supreme Court.”

“The slow, painful and incredibly important work over decades to advance a woman’s right to control her reproductive options is now likely under threat. The United Church of Christ will do all it can to protect that, committed to making sure that the advancements made recently in LGBT justice and worker rights, as well as matters related to climate justice, are not threatened by a new justice to the Supreme Court.”

“From the day Justice Kennedy retired, the Left has sought to make this vacancy all about abortion — even though many other significant issues are at stake including religious freedom and free speech. Under the Obama administration, we saw a growing assault on religious freedom, and the courts became a battleground for secularists seeking to remove faith from the public square. Judge Kavanaugh resisted this trend in at least two instances — an HHS contraceptive mandate case and in an opinion supporting inauguration prayers.”

Rachel Laser, president and CEO, Americans United for Separation of Church and State

“Judge Kavanaugh fails to understand that only the separation of church and state can guarantee religious freedom for all Americans. Instead, Judge Kavanaugh appears to be intent on eviscerating this fundamental American value. That fact alone should disqualify him for a seat on the Supreme Court.”

“Evangelicals are ecstatic because in less than two years, President Trump has filled a second Supreme Court vacancy with a second conservative — just as he promised. The fact that the president chose another conservative justice is more important than the name of that justice. This is a huge win for President Trump.”

“Given President Trump’s notorious and well-documented hostility toward Muslims, immigrants, people of color, the LGBTQ community and women, Americans need — and deserve — a Supreme Court justice who will protect all Americans and not be a rubber-stamp for the President’s discriminatory and bigoted policies. Unfortunately, Kavanaugh will only further threaten to erode our nation’s promise of freedom, justice and equality for all.”

“Criminalizing abortion has become the culture war’s rallying cry but the core of the culture war has always been about white supremacy, for example protecting segregation as a matter of religious freedom. I hope my fellow evangelicals will call on our senators to support a more centrist nominee.”

“I fully support President Trump’s choice to replace Justice Kennedy. I am confident Judge Kavanaugh will be a strong defender of the freedoms guaranteed by the Constitution and Bill of Rights, especially our First Freedom of religious liberty. I pray that Judge Kavanaugh will serve for decades to come with a firm and unwavering commitment to our Constitution’s principles.”

“President Trump’s nominee for the Supreme Court, Brett Kavanaugh, is an affront to the values and priorities of a vast majority of the American Jewish community. From workers’ rights to civil rights, from reproductive rights to LGBTQ rights and immigrants’ rights, this nominee’s track record is hostile toward the issues our community has fought for over generations, and he has no business serving on the court.”

“Judge Kavanaugh’s private life further demonstrates that he understands and values the important role that religious organizations play in American society as they minister to the needs of the most vulnerable in their communities. His practical experience and appreciation of the contributions to American civil society made by diverse religious congregations and religious organizations across our nation is a valuable asset for a justice to bring to the court.”

“If Kavanaugh is confirmed, he will unquestionably eviscerate the Establishment Clause of the First Amendment. It seems unlikely the cherished wall of separation between state and church protecting true religious liberty could survive intact. Many of our hard-won freedoms would be gutted.”

“As a group dedicated to defending religious freedoms, we are thrilled to have a Supreme Court nominee who has such a solid history and commitment to protecting the religious freedoms and First Amendment rights of our citizens. Judge Kavanaugh has demonstrated in his time on the bench a deep respect for the proper role of the judiciary. His opinions have consistently adhered to our founding principles that government exists to protect the God-given rights of the people and the Constitution exists to prevent government from infringing on those rights.”

“As our duly elected president, the selection of Justice Kennedy’s replacement is President Trump’s decision, and his alone, as mandated by the Constitution. I urge the Senate to not unnecessarily delay or obstruct, but as polling demonstrates the majority of Americans want, to move ahead with a timely and honest confirmation process. I pray for our country in this process, that instead of yet another vitriolic and divisive political battle, the confirmation process would instead be a reaffirmation of the strength of our democracy and its institutions.” 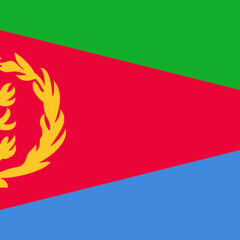