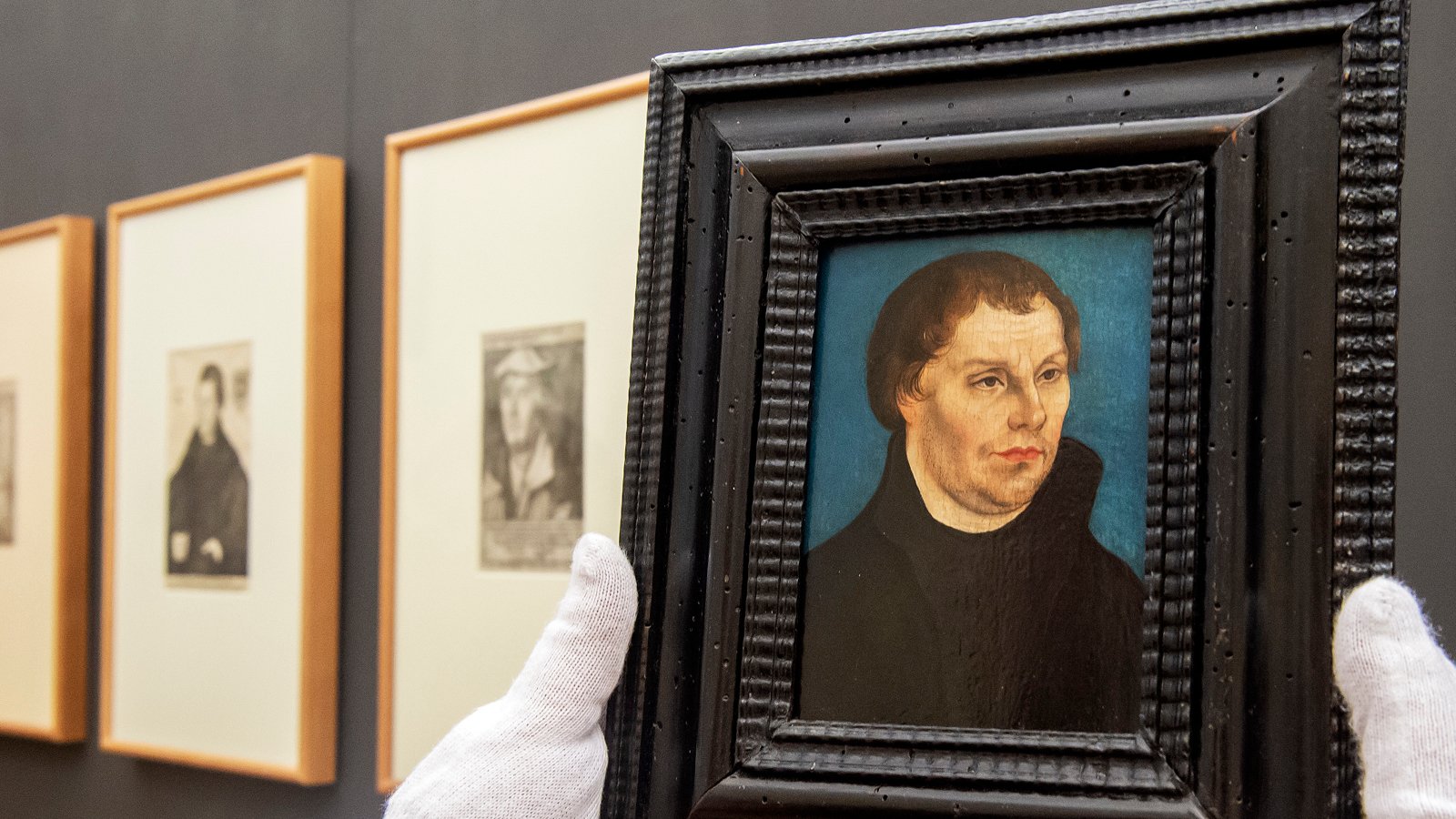 A museum employee presents an original Lucas Cranach the Elder painting of Martin Luther (1525/1526) in front of counterfeits during the press preview of the exhibition "Really Fake. Cranach and His Copyists — Aspects of the Reception History" at the residence and workplace of Lucas Cranach in Wittenberg, Germany, on May 31, 2018. The exhibition, which shows historical Cranach counterfeits, opened in June and will continue until Sept. 9. (AP Photo/Jens Meyer)
July 10, 2018
Yonat Shimron

BOSTON (AP) — A letter written nearly 500 years ago by Martin Luther in which he refers to Jews as "devils incarnate" during a tirade against a former ally is up for auction, but Luther scholars warn that the man responsible for the Reformation should not be called anti-Semitic.

The single-page letter, with writing on both sides, is expected to sell for at least $300,000 at the auction being conducted by Boston-based RR Auction that concludes Wednesday (July 11).

The letter was written around September 1543 to a top official at Berlin's St. Nicholas Church in response to a letter from the official requesting Luther's interpretation of some biblical verses by which former Luther friend Johann Agricola justified his positive treatment of Jews in what is now Germany.

In his reply, Luther tells Georg Buchholzer that he has done well to preach against the Jews and should continue to do so, ignoring Agricola, whom Luther accused of being a habitual liar.

"For these Jews are not Jews, but devils incarnate who curse our Lord," Luther wrote, according to RR Auction's translation.

Luther, whose Ninety-Five Theses in 1517 triggered the Protestant Reformation and seismic rift in Christianity that still exists, sympathized with Jews early on because of the poor way they were treated by the Catholic Church, said Eric Metaxas, author of the 2017 book "Martin Luther."

"We don't mean what Luther would have meant by it," he said.

Luther became frustrated that Jews would not convert to his version of Christianity. 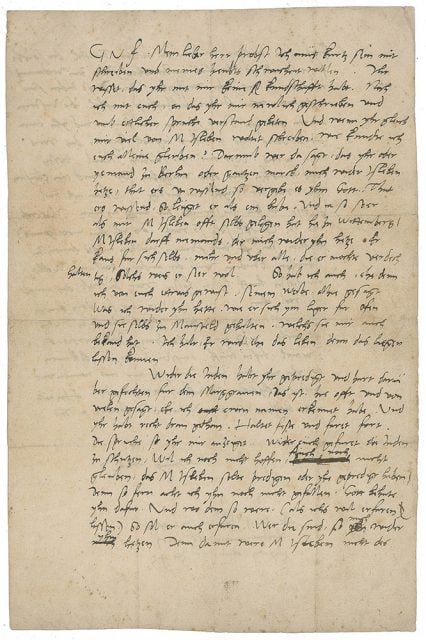 This photo provided by RR Auction of Boston shows the front of a September 1543 letter signed by Protestant reformer Martin Luther. The letter, penned in German, is up for auction through July 11, 2018. (Courtesy of RR Auction via AP)

"Later in his life, after he had in a sense re-presented the Christian faith the way he thought it should be presented, he was depressed and discouraged by the fact that many Jews of that era did not in fact accept this free gift of grace through Jesus," Metaxas said.

"Luther plays a part in this grim history," Brown said via email. "Yet as appalling as Luther's intolerance of his Jewish contemporaries was, Luther was not an anti-Semite. His criticism of Judaism was rooted in theological disagreement over the reading of shared Scriptures, not in racial animus."

Luther denounced medieval Christian charges that Jews were responsible for the death of Jesus and was a strong voice for nonviolent religious tolerance, Brown said.

The letter, which includes a leather clamshell case, is likely to be sold to a museum or private collector who will know how to properly preserve it, Livingston said. Lost to history until 1914, when it was discovered in the private collection of a German baron, it is being sold by a German document collector.