(RNS) By now it is abundantly clear that religious groups have taken a stand on the moral necessity of combating climate change.

Pope Francis has spoken loudly and persistently on the social and ethical issues caused by climate change, including mass migration and famine. Many faith groups, including some evangelicals, have made unambiguous declarations on the need to care for creation.

One possible climate change solution in particular is getting more attention now: geoengineering.

It’s a big name for a large-scale intervention in the Earth’s climate system to counteract the effects of climate change.

Greenhouse gas removal involves removing greenhouse gases from the atmosphere by separating carbon dioxide from the air and storing the carbon underground. Solar radiation management involves reflecting sunlight back into space to stop the rise of global temperatures. The most plausible technology involves adding aerosols to the stratosphere to reflect sunlight back to space.

Geoengineering, however, can be controversial because it intentionally interferes with the climate system.

For religious communities, geoengineering can bring up the question of playing God, as humans are intentionally interfering with the climate system. 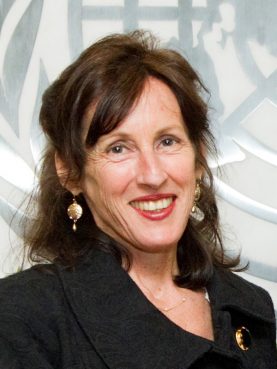 “Geoengineering kicks up a lot of subconscious material in our mind,” explained Cynthia Scharf, senior strategy director for the Carnegie Climate Geoengineering Governance Initiative. “It’s at this fundamental level of, do we have the right to do this, and what might be the impacts? That’s where the role of faith communities can be so important to sort through these deeper profound questions.”

The Carnegie geoengineering initiative is now inviting religious leaders to discuss the moral questions that arise from geoengineering. Recently, it gave a seminar at the Vatican on this topic.

The initiative does not take a stance on geoengineering, but wants to see a greater public discussion of it. Scharf said it’s important to bring religious groups into the conversation and educate them about the topic, as geoengineering technologies will have planetary effects, and the discussion needs to include all sectors of society.

While the two types are often grouped together under the geoengineering umbrella, they would use completely different technologies. Of these two, solar radiation management is more controversial. While this could potentially reduce climate risks, its full effects are unclear. Still, solar engineering has the potential to limit the risks of climate change more effectively than cutting down on emissions.

There’s currently much uncertainty around the effects of solar geoengineering. However, says David Keith, applied physics professor at Harvard University, that’s all the more reason to create a responsible research program on this and investigate the risks.

“People haven’t engaged much,” said Keith. “It’s a choice that we have to face.”

Keith notes that geoengineering should not be the only solution to climate change. Rather, researchers view it as a solution that should be used alongside other methods of reducing the amount of carbon dioxide, such as cutting back on emissions.

To increase awareness and encourage religious leaders to raise moral concerns with government officials, GreenFaith, an interfaith environmental coalition, has been providing educational tools for religious leaders on geoengineering.

Those tools delve into questions of justice and equity. If humans use solar radiation management, who makes that decision? 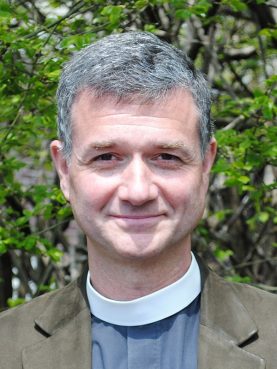 “The complexity of these kinds of proposed scientific interventions have absolutely massive unknowns related to it and potential effects that could affect hundreds of millions of people,” said Fletcher Harper, an Episcopal priest and executive director of GreenFaith. “It’s very difficult to envision a government scenario where community interests and the interest of the poor are adequately represented.”

In addition, there’s the question of who is impacted by solar radiation management, for better or for worse. If lowering temperatures leads to changes in precipitation and weather patterns that could negatively impact certain areas, especially impoverished ones, such effects become justice issues.

“Religious communities really need to step up and ask how is it that the voiceless are being heard?” said Forrest Clingerman, associate professor of religion and philosophy at Ohio Northern University. “How is it that the people who are most impacted and vulnerable from climate change are benefiting from technological intervention? Those are important things the religious community has to say.”

If geoengineering technology is used, it should not lessen other environmental efforts such as using renewable energy, reducing emissions and more, experts say. As climate change becomes a more pressing issue, and increasing natural disasters impact populations around the world, groups like the Carneigie initiative continue to encourage more discussion on geoengineering.

“I think more than anything else, it’s really vital for people of faith to consider the prospects of the use of this technology and what it says about our failures so far to take the climate crisis seriously,” Harper said. “I hope people of faith can understand the issues about geoengineering and in considering those, are encouraged to take their efforts to an entirely new level in terms of addressing climate change.”