The May 13 attack, which killed 13 churchgoers and a security officer and took place days before the start of Ramadan, was the deadliest terrorist attack in Indonesia since a 2002 bombing in Bali. Then, the target was foreign tourists. This time it was Indonesian Christians, a minority who make up about 10 percent of the population, according to the 2010 census. Many feared that the attacks were a sign that the country’s religious diversity is under threat.

“Indonesia prides itself on its tradition of moderation, but intolerance is growing in a way that is making some fear for their hard-won democracy,” said Sidney Jones, director of the Institute for Policy Analysis of Conflict, based in Jakarta. 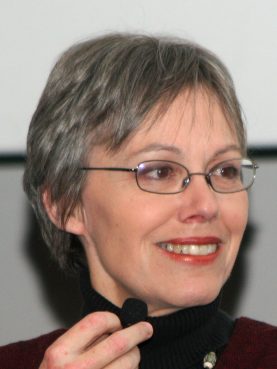 President Joko “Jokowi” Widodo — a moderate Muslim who campaigned for the presidency with an image of a clean, populist politician — responded swiftly to the attacks, vowing a tough crackdown on terrorists. Key to that was his strong call for the passing of an anti-terror law.

“President Widodo promoted the importance of a stronger state capacity to respond to radicalism,” said Rafiqa Qurrata A’yun, a lecturer in the department of criminal law at the University of Indonesia. “One of his statement(s) in the media indicated the attacks were a result of the weak coercive power and preventive measures in countering terrorism.”

The anti-terror law expands the power of Indonesia’s military and police to take further actions against potential terrorists and those spreading radical ideology. Under the law, the Indonesian National Police can conduct pre-emptive arrests and detain people for being members of a group declared a terrorist organization. The law makes it an official offense to join a militant group overseas, such as the so-called Islamic State. It also expands the role of the Indonesian armed forces into domestic security.

In the weeks following Surabaya, government forces used their expanded power under the new bill to arrest dozens of suspected terrorists across the country. On June 22, Aman Abdurrahman, an Indonesian recruiter for the Islamic State, was sentenced to death for his role in inspiring the Surabaya bombers. The country last conducted a terror-related execution a decade ago. Days later, the police said they foiled two planned terrorist attacks, killing three suspects.

So far, Jokowi’s crackdown seems to be working politically. In regional elections on June 26, after both the attacks and the passing of the bill, Jokowi’s coalition defeated Islamist candidates in four of the country’s five most populous provinces, putting him in a strong position ahead of presidential elections in April 2019. Jokowi enjoys strong support from many of Indonesia’s religious minorities, some of whom told Religion News Service that things are back to normal and that they feel safe attending church. 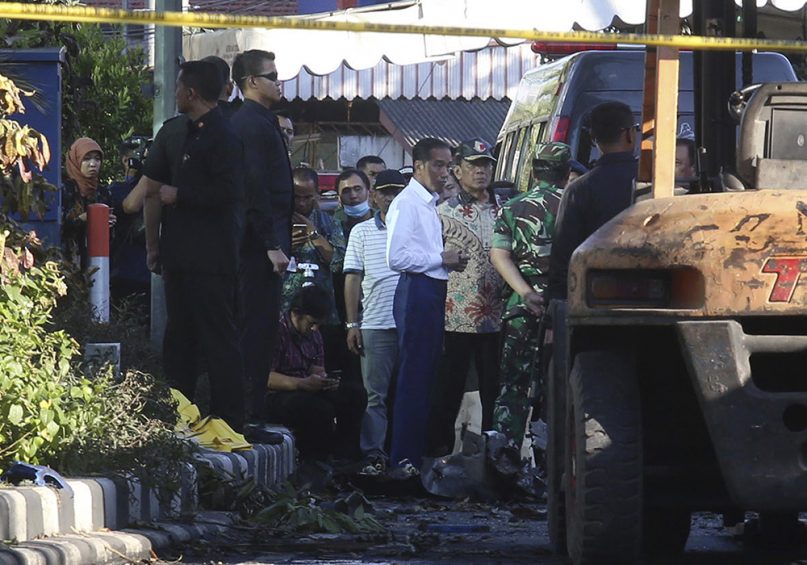 Indonesian President Joko Widodo, center, visits the scene of one of the church attacks in Surabaya, East Java, Indonesia, on May 13, 2018. (AP Photo)

Jokowi has worked tirelessly to brandish his Islamic credentials while also tackling the rise of right-wing Islamism, which he has called anti-Indonesian. Last July, he issued a government regulation that expands the power of the Ministry of Law and Human Rights to disband groups that have ideologies deemed threats to national security and unity. The regulation was used to disband Hizbut Tahrir Indonesia, an organization with ties to the Islamic State.

The anti-terror bill was introduced in Parliament more than two years ago, after an attack in a Jakarta shopping area, but it stalled for various reasons, including concerns by human rights watchers that the bill could be used to suppress peaceful activists. Some human rights groups do not support the new law.

“It is obviously an overreaction to the Surabaya attacks,” said Andreas Harsono, Indonesia researcher for Human Rights Watch. “The quick deliberation … allowed a definition of terrorism that could be used to target peaceful political activities of indigenous groups, environmental advocates and religious or political organizations.”

The concerns are ones Indonesia knows only too well. It was just 20 years ago that the country became a democracy, after the strongman rule of Suharto, a general who was in power for more than three decades. Empowering the military and having a loose definition of terror could put too much power in the hands of those who perpetuated atrocities in the not-so-distant past, said Harsono. 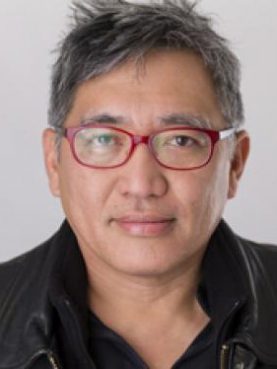 “Indonesia has many areas with deep roots of violence and impunity,” said Harsono. “We still have not sought the truth of the 1965-66 massacres (nor what happened in) Aceh, Papua and East Timor.”

Others believe that the new law mostly addresses the concerns of human rights groups, but worry about its focus on security.

“The passed law seems to be more receptive to human rights principles compared to the first draft bill,” said Abdil Mughis Mudhoffir, a Ph.D. candidate in politics at the University of Melbourne’s Asia Institute. “Unfortunately, this new law still promotes the security approach that will not be effective and even counterproductive in addressing religious radicalism.”

For Jones, the key to reducing terrorist attacks in Indonesia and stemming rising intolerance will be the efficacy of deradicalization efforts, which need to be reformed due to the fact that women and children participated in the most recent attacks — something unprecedented in Indonesian history.

“The Surabaya bombings may be a one-off horror, and we may not see family suicide bombers again anytime soon,” said Jones. “But they could also be a useful wake-up call to seriously evaluate existing programs to make them more effective by involving whole families.”

Religion Hub
Indonesia to turn away boat with 120 Rohingya refugees
Follow us on Facebook!
Submit your photos to RNS