(RNS) — With America’s next executions scheduled for Thursday (Aug. 9) in Tennessee and next week (Aug. 14) in Nebraska, there couldn’t have been a better time for Pope Francis to wholeheartedly denounce the death penalty — and for Christians worldwide to double down on their commitment to end it.

Christians have a long history with the death penalty, going all the way back to A.D. 33, when the Roman Empire crucified Jesus. While Catholics haven’t always lived up to the catechism’s ideals, this document still provides a crucial ethical foundation.

Prior to the pronouncement, the official Catholic position on capital punishment allowed for execution only when it is “the only practicable way to defend the lives of human beings effectively against the aggressor.” That allowed enough of a loophole for many Christian politicians to opt out of the movement to end capital punishment.

Here’s why the timing is so significant: Even as the number of executions in the U.S. decreases nearly every year, and death sentences are the lowest they have been in 40 years, some states are still trying to keep the death penalty alive.

The wild thing is this: Those states are largely led by Christian politicians. Eighty-five percent of executions in the past 40 years have taken place in the Bible Belt. This means the Bible Belt is the death belt in America. 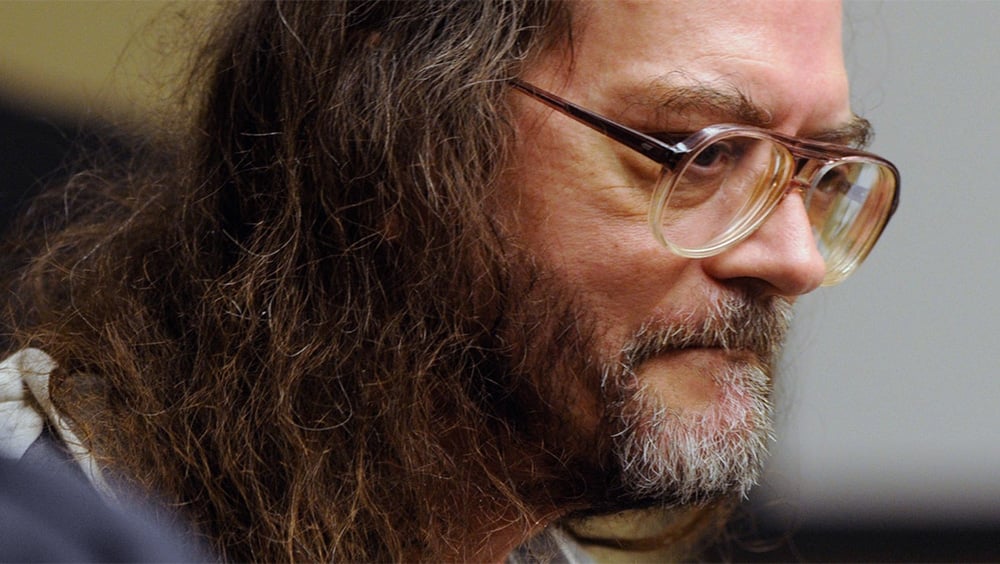 Wherever Christians are most concentrated in America is where the most executions have taken place. While we Christians have prided ourselves on being pro-life on the issue of abortion, too often we have proven ourselves to be anti-life when it comes to capital punishment. The truth is that the death penalty has survived not in spite of Christians but because of them.

Some exceptional Christians such as Mother Teresa, Pope Benedict and Martin Luther King Jr. have opposed the death penalty. But older, predominantly white Christians have provided the moral foundation and theological backbone for defending the death penalty in America.

The death penalty is flourishing under governors who profess to follow Jesus. A string of executions is scheduled in Tennessee, where the governor is Bill Haslam, a devout Christian. Nebraska Governor Pete Ricketts is a Catholic who spent his own money to put the death penalty back on the ballot. In Texas, where more than one-third of all executions in America have occurred since 1976, the governor is Greg Abbott, a Catholic.

Heroic Christians and others around the country have been working state by state to abolish the death penalty, and with success from Connecticut to Illinois. Nearly every year for the past several years, another state abolishes the death penalty.

Many of us have hoped the Supreme Court would end the death penalty as societal standards evolve. There would be precedent for that. Court action led to the abolition of certain forms of punishment, such as hanging. It also abolished execution for minors and people with mental illness. Furthermore, four of the current Supreme Court justices are Catholic: Justices Roberts, Alito, Thomas and Sotomayor. Now-retired Justice Kennedy is also Catholic.

President Trump’s newest nominee, Brett Kavanaugh, is Catholic. And Trump’s first appointee, Neil Gorsuch, was raised Catholic and is now Episcopalian. That’s why the timing of Pope Francis’ statement could not be better.

If the Supreme Court justices, the Catholic governors and the Christian Senators of our country will embrace the teachings of their faith, they will be part of making history by making the death penalty history. 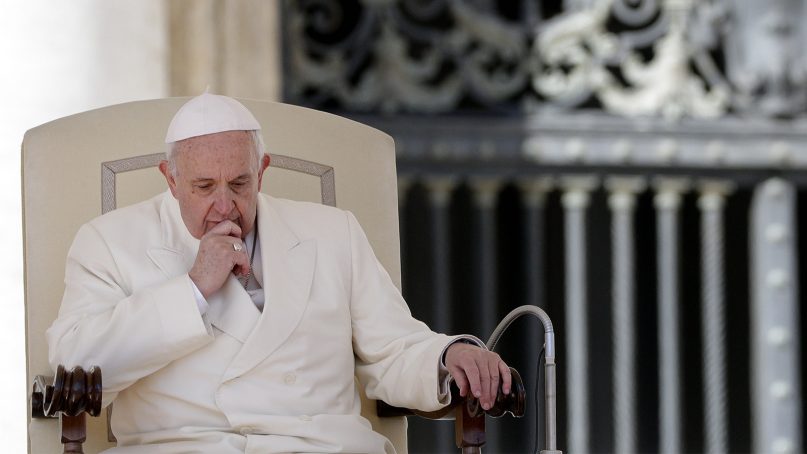 Pope Francis listens to his message being delivered in several languages during his weekly general audience in St. Peter’s Square, at the Vatican, on March 21, 2018. (AP Photo/Andrew Medichini)

And this is a moment when we need courage.

It does not take courage to say that slavery is wrong a generation after we have ended it. It takes courage to say that slavery is wrong when it is still legal and socially acceptable. So it is with the death penalty. I believe we will look back at the death penalty a generation from now just like we look back at slavery: with horror and shame, wondering how we ever thought it was OK and how we used the Bible to justify it.

This revision of the catechism makes it clear that the Catholic Church no longer has ethical room for the death penalty. Killing is the problem, not the solution. We cannot kill to show that killing is wrong. And we have ways of protecting innocent people from someone who is dangerous without killing dangerous people.

Shane Claiborne is author of Executing Grace: How the Death Penalty Killed Jesus and Why It’s Killing Us.