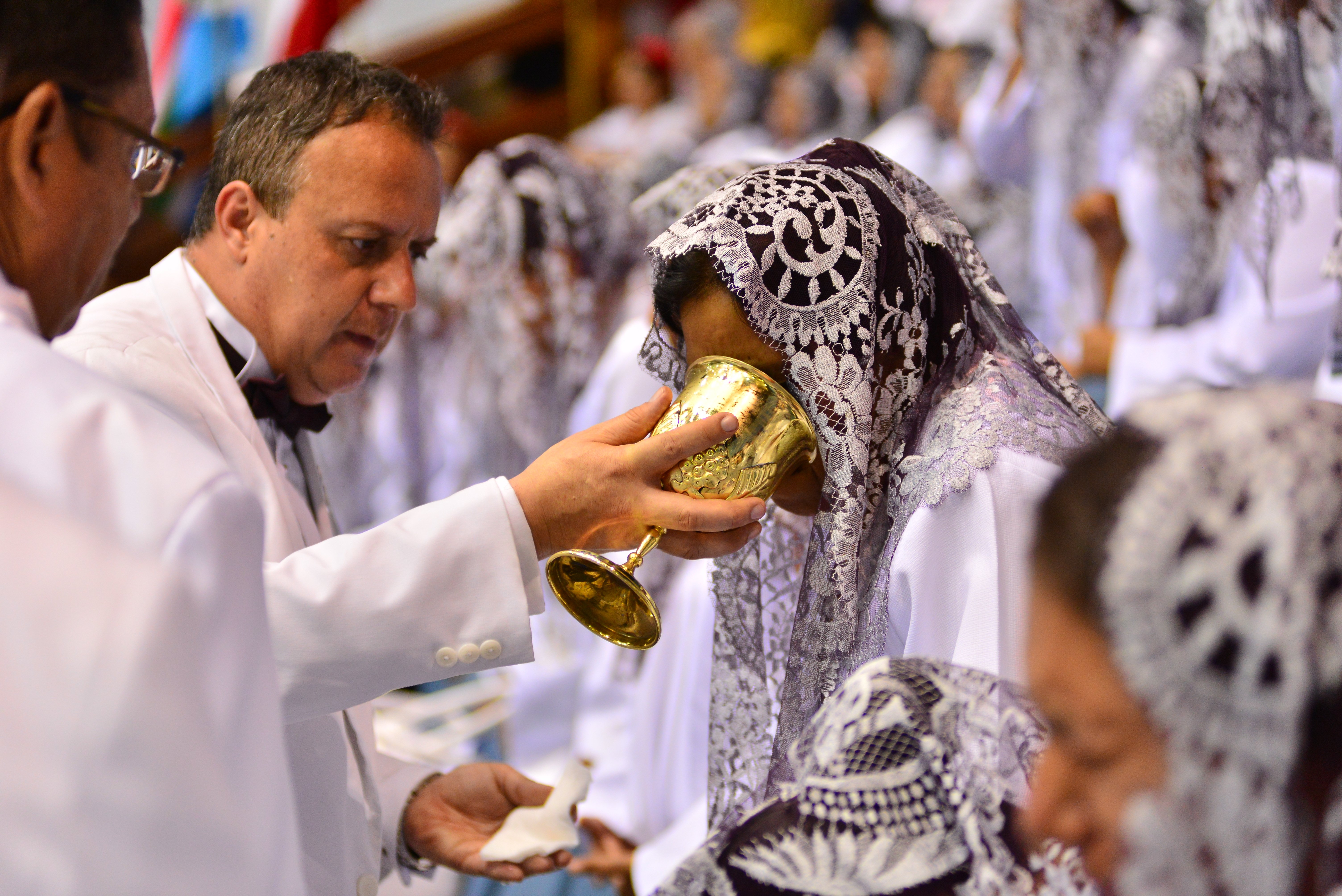 GUADALAJARA, Mexico –  Five-hundred thousand faithful clad in white fill the streets of the township of Hermosa Provincia in Guadalajara on Tuesday, August 14 to celebrate the 80th Holy Supper of The Light of the World Church.

With thousands of choirs simultaneously filling every nook and quarter were the members of the Light of the World Church are anxiously awaiting to participate of the holy sacrament.  Believers from fifty-seven nations traveled from the United States, Africa, Asia, Australia, Europe and Latin America to participate in what is to them the most solemn celebration, the Holy Supper, which commemorates the redeeming sacrifice of Jesus Christ. During the ceremony, the church participates in the bread and unfermented wine, which symbolize the blood and body of Jesus Christ.

The celebration in Guadalajara is the second celebration this year for the church. In February of this year, the church celebrated the Holy Supper for the first time in the United States of America at the Glen Helen Amphitheater, in San Bernardino with over 100 thousand attendees.

In attendance were over 100,000 children and approximately 200,000 youth at this year’s Holy Supper celebration. On August 11th and 12th, the church organized two marches, in which the aforementioned groups professed their faith in the form of chants and song.

The Light of the World is the only church of Mexican origin to expand to the United States and stands as the fastest growing church in Mexico as reported by the National Institute of Statistics and Geography (Instituto Nacional de Estadística y Geografía (INEGI).