(RNS) — Sinai Kantor, a Russian immigrant bound for New York with his wife, Miriam, took with him a Swiss-made pocket watch embossed on the back with a seated Moses holding the Hebrew-inscribed Ten Commandments.

The timepiece, a symbol of Kantor’s Jewish faith, survived. Kantor did not.

He was among 1,503 passengers who died on the Titanic’s maiden voyage. His watch remains a relic of the broader but little-known Jewish experiences on the Titanic, the British passenger liner that sank in the North Atlantic Ocean in 1912, and which had a kosher kitchen and as many as 80 Jewish passengers.

This Saturday (Aug. 25), Heritage Auctions will sell the watch to the highest bidder in its Americana and political auction. The timepiece is expected to fetch at least $20,000.

The paperwork, including a provenance letter from a descendant of Kantor’s, attests to its history. Kantor, a furrier who wanted to study dentistry or medicine in America, was 34 when he and his wife, also an aspiring doctor, boarded the liner. They hailed from Vitebsk, today a city in northwest Belarus.

The couple paid 26 pounds sterling (roughly $3,666 today) for ticket number 244367 on the voyage that sailed from Southampton, England, and included 285 second-class passengers. The back of the pocket watch Russian immigrant Sinai Kantor had during the Titanic voyage in 1912 features Moses holding the Ten Commandments. Photo courtesy of Heritage Auctions, HA.com

When women and children were prioritized for rescue, Miriam, who was 24, survived in lifeboat number 12.

On its face, the seawater-rusted watch, which is 3 inches in diameter, contains the Hebrew letters corresponding to the numbers 1 through 12, though the watch hands are missing. On the back, a muscular Moses, clad in biblical garb, holds the Hebrew-inscribed Ten Commandments in front of five palm trees and an arch with Doric columns.

Kantor’s descendant declined to discuss the artifact. But an accessory of this sort would have been a posh, luxury item, which was intended to be conspicuous, said Jonathan Sarna, professor of American Jewish history at Brandeis University.

“A watch is a display item, and a watch with a Hebrew face with Moses on the back was something you wanted to have noticed,” Sarna said.

In coming generations, many Jews would wear jewelry adorned with Stars of David or otherwise publicly demonstrate that they were Jewish. In much the same way, Kantor clearly wanted everybody to know he was proud to be Jewish, Sarna said.

The expensive watch and the second-class tickets on a luxury liner offer a counternarrative to the stereotypical impoverished Russian Jewish immigrants of the era. Securing passage on a ship like the Titanic would have enabled the Kantors to skip difficult questions at Ellis Island and to dock elsewhere, where their wealth and status would have facilitated the immigration process, according to Sarna.

Marshall Weiss, editor and publisher of The Dayton Jewish Observer, has written about Jews and the Titanic and sees the Kantors’ presence on the ocean liner as a source of pride.

“This timepiece with Hebrew characters is a touching reminder that we Jews were there,” Weiss said. “We were part of that temporary, stratified community, dreaming of the Golden Land, until for so many, time stood still.”

Israeli Titanic researcher Eli Moskowitz, author of a book on the Jews of the Titanic, wishes he could buy the watch. “That is one heck of a Titanic artifact,” he said.

Moskowitz wrote of the Kantors in his book, as well as of the experiences of the other Jews aboard the Titanic, comprising all three classes and the crew.

Kantor is buried in Mount Zion Cemetery in Queens, said Moskowitz, who is unsure what happened to Miriam after the Titanic sank. In his book, Moskowitz notes that Kantor wore a gray and green suit, a green overcoat and a blue shirt, and that his personal items included a pocket telescope, a pocketbook and several coins in addition to the watch.

According to Heritage, Kantor’s body was sent to his widow in New York “clothed only in his underwear.” The auction house adds that Miriam, with help from the Legal Aid Society, received her husband’s clothing, Russian passport, notebook, telescope, corkscrew, “silver watch and strap,” and Russian, German and English currency on May 24, 1912.

It also relates to a sunken ship that tested the devotion of people from every faith tradition, said Richard Bennett, who has written on the Titanic and teaches church history and doctrine at Brigham Young University.

“Some cursed God and died; others died with a prayer of hope and faith on their lips and in their hearts,” he said. “This particular timepiece may reflect the timelessness of personal faith in the very hour of despair.” 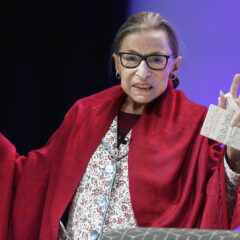