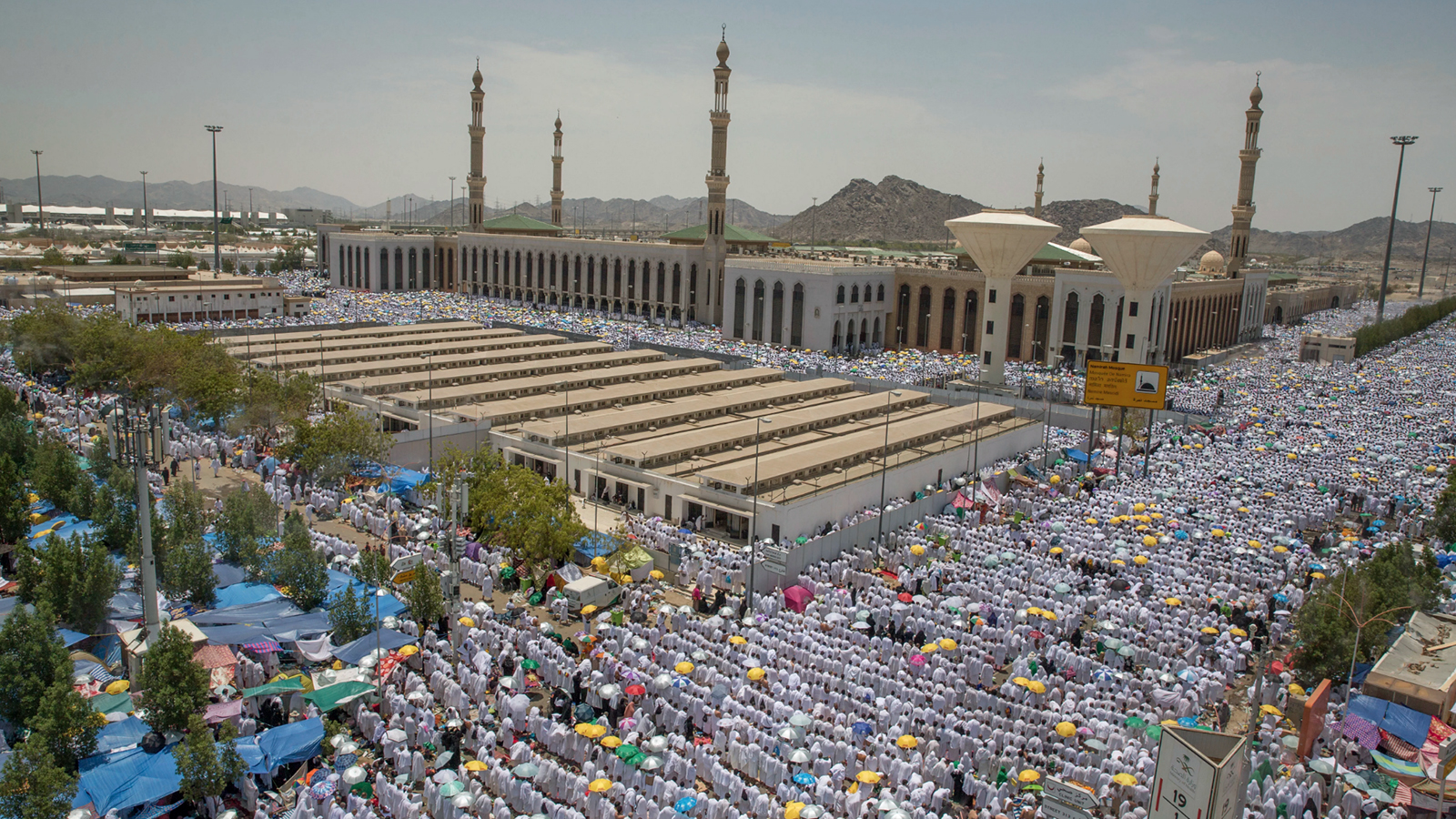 Muslim pilgrims attend noon prayers outside the Namirah mosque on Arafat Mountain during the hajj, outside the holy city of Mecca, Saudi Arabia, on Aug. 20, 2018. More than 2 million Muslims have begun the annual hajj pilgrimage. The five-day pilgrimage represents one of the five pillars of Islam and is required of all able-bodied Muslims once in their life. (AP Photo/Dar Yasin)
August 21, 2018
Emily McFarlan Miller

MINA, Saudi Arabia (AP) — Muslims are celebrating Eid al-Adha as over 2 million pilgrims carry out the final rites of the hajj in Saudi Arabia.

Pilgrims walked to a complex in Mina on Tuesday (Aug. 21) to throw pebbles at three columns. Muslims believe the devil tried to talk the prophet Ibrahim out of submitting to God’s will there.

Muslims believe Ibrahim’s faith was tested when God commanded him to sacrifice his son Ismail. God stayed his hand, sparing the son. In the Christian and Jewish version of the story, Abraham is ordered to kill his other son, Isaac.

The final days of hajj coincide with the Eid al-Adha holiday, or “Feast of Sacrifice,” to commemorate Ibrahim’s test of faith. Muslims slaughter livestock and distribute the meat to the poor.