(RNS) — Timothy Busch, a conservative Catholic lawyer and donor, is denying claims he was consulted on a letter written last month by Archbishop Carlo Maria Viganò alleging, among other things, that Pope Francis ignored accusations of sexual abuse by a prominent cleric in Washington, D.C.

Viganò’s 11-page letter alleges Francis rescinded sanctions placed on Cardinal Theodore McCarrick, the former archbishop of Washington, by Pope Benedict XVI following allegations of sexual abuse of adult seminarians. Many have noted that if McCarrick was, in fact, under sanctions, he clearly defied them regularly under Benedict, who did not appear to enforce them publicly.

The letter by Viganò, a former Vatican diplomat who has been openly critical of Francis, has been received as the most public breach in a long-brewing culture war within the Catholic Church over the abuse crisis, as well as issues such as tolerance of homosexuality in the church and the status of divorced Catholics. 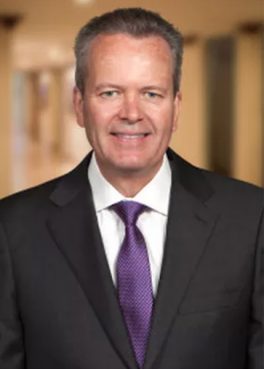 The letter was distributed by conservative-leaning outlets such as the National Catholic Register and was allegedly written with the assistance of prominent conservative Catholic businessmen and writers.

An Aug. 27 report by The New York Times claimed that Viganò “privately shared his plan to speak out with” Busch, a Californian known in Catholic circles as a prominent funder. He is a co-founder of the Napa Institute, a group described by National Catholic Reporter as embracing “a mix of conservative theology and libertarian economics.”

But in an email obtained by Religion News Service and addressed to “constituents” of the Napa Institute, Busch refuted reports he personally consulted Viganò on his letter.

“Contrary to some erroneous media speculation, I did not preview a copy of or in any way participate in drafting Archbishop Vigano’s testimony, nor was I consulted in any capacity about his testimony,” Busch wrote on Sept. 5.

“I was in touch with Archbishop Vigano several weeks ago to inquire about his involvement in the 2014 Saint Paul-Minneapolis investigation referenced in the shorter statement he released on August 27, 2018, a couple days after his 11-page testimony,” it continues. “Our discussion did not involve the contents of the 11-page testimony that he released on August 25, 2018.”

Busch’s denial is notable given that the National Catholic Register is owned by the Eternal Word Television Network — an organization where Busch sits on the board of governors. According to The New York Times report, Busch claimed the publication’s leadership personally assured him that Benedict XVI had confirmed Viganò’s account.

Busch did not repeat that claim in his email. Instead, he argued that “although I cannot validate any of Archbishop Vigano’s personal experiences recited in his testimony, I can confirm that, in my interactions with him, I have found him to be an honest man.”

He also expressed strong support for an investigation and discussed a proposed laity-led commission to probe sexual abuse in the church.

Cautioning in his email that “the governance of the Church does not empower a group of laity to investigate anything on their own behalf,” Busch stressed the importance of knowing who would be authorized by the Vatican or the U.S. bishops to serve on the proposed commission. “Any laity who are selected to participate in such an investigation,” he wrote, should be “professionally competent, intellectually honest, morally upright, and deeply committed to Christ and His Church.”

Busch then called on recipients to participate in the Napa Institute’s forthcoming conference on “authentic lay led reform.”

RNS reached out to the Napa Institute to speak with Busch, but did not immediately receive a reply.