ABUJA, Nigeria (RNS) — Two years ago, Modu Bukar, a local leader of the Islamic Movement of Nigeria, was gunned down in Potiskum, a city in northeastern Nigeria.

“We spoke only about five minutes before,” said Mala Mohammed, a 24-year-old student at Bayero University Kano and a member of the Movement, led by Sheikh Ibrahim Zakzaky, a radical Shiite cleric who has called for an Iranian-style Islamic revolution in Africa’s most populous country. “He had just said the late evening prayer and was just chatting with some people outside when gunmen shot and killed him.”

Authorities investigated the shooting. But Mohammed and others believe it was an extrajudicial killing — a security officer executing the religious leader without due process.

Analysts worry that killings such as Bukar’s in recent years could convince the Islamic Movement of Nigeria to follow in the footsteps of the Boko Haram, the militant group that has wrought havoc in Nigeria for years, killing people indiscriminately, kidnapping girls and displacing thousands.

It was the alleged extrajudicial killing of Boko Haram founder Mohammed Yusuf in 2009 and other leaders that led to that group’s full-scale uprising in northern Nigeria.

In 2015, Nigerian security forces arrested Sheikh Zakzaky, also known as Ibrahim Yaqoub El Zakzaky, after 350 of his followers clashed with Nigerian troops in Zaria in northwestern Nigeria. Two of Zakzaky’s sons were killed in the fracas. Another Islamic Movement leader, Sheikh Umar Sokoto, was shot and killed by police during a protest in January. 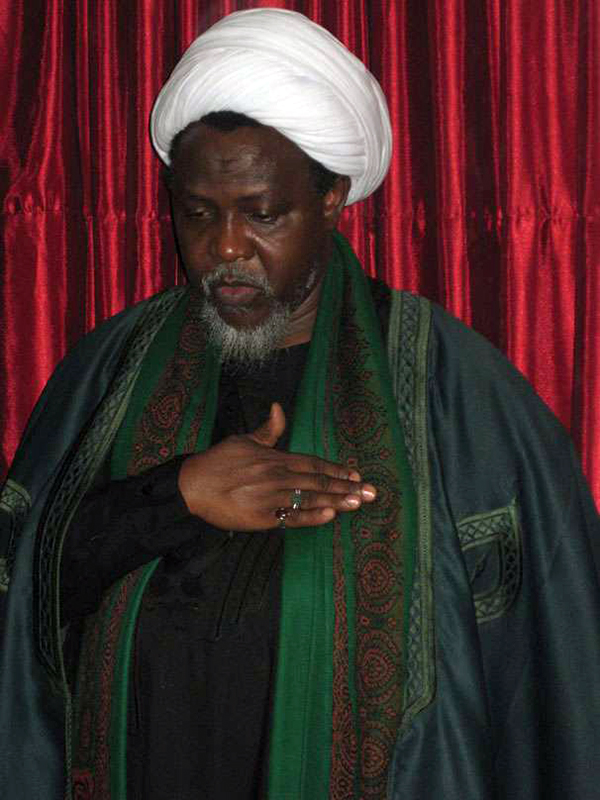 Since the 2015 arrest, Zakzaky and his wife have been in detention on charges of murder and the government has refused to let him go, despite a December 2016 court order for his release.

“It is quite possible for the Islamic Movement of Nigeria to transform into militancy like the Boko Haram,” said professor Ishaq Akintola, director of the Muslim Rights Concern, an advocacy group for Nigerian Muslims. “There is a serious security implication for the continued detention of Zakzaki.”

Muslims make up about half of Nigeria’s almost 200 million people but suffer discrimination, according to the Nigerian Supreme Council for Islamic Affairs, as a legacy from the colonial era, when Christian missions established Nigeria’s educational institutions, including the Muslim north. The country won independence from Britain in 1960.

“We have been maltreated, oppressed,” said Abdullahi Musa, secretary of the Academic Forum of the Movement, a branch of the group based at universities. “And many of us have been killed by the police.”

Sidi Sani, a longtime disciple of Zakzaky who lost two brothers in the Zaria violence, said: “Our struggle was not built on the foundation of militancy. Even our leader said members will not carry arms.”

After the court order to end Zakzaky’s detention, the sheikh’s only surviving son, Mohammed Ibrahim Zakzaky, petitioned the Nigerian Bar Association to compel the government’s justice minister to advise President Muhammadu Buhari to release his parents.

In an apparent response, Buhari, in a speech to the bar association, urged the country’s legal practitioners to seek to prioritize national security above the rule of law.

“The rule of law must be subject to the supremacy of the nation’s security and national interest,” said Buhari, who ruled the country as a military dictator in the 1980s but calls himself “a converted democrat.”

“The individual rights of those allegedly responsible must take second place in favor of the greater good of society.” 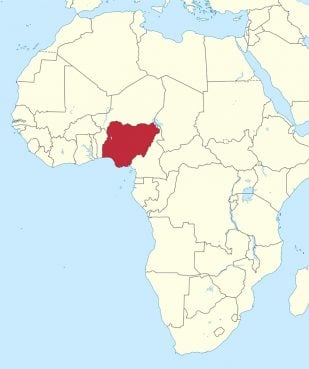 In June, the Middle East Institute, a nonpartisan think tank in Washington, D.C., claimed that members of the Islamic Movement of Nigeria have received military training from Hezbollah, the Shiite Islamist political party and militant group based in Lebanon.

“Tall men, in long, traditional African garb specific to northern Nigeria are sometimes spotted in Dahieh, a predominantly Shiite suburb south of Beirut where Hezbollah runs a cultural center,” wrote the institute in an analysis. “The Shiite Nigerians initially receive a religious training before a military one that is provided in two camps in the Lebanese Bekaa.”

Akintola, at Muslim Rights Concern, said his group initially defended Zakzaky after the 2015 incident, but he and his organization have pulled back.

“The Movement has become a huge security threat, the cause of discomfort, with bullies intimidating fellow Muslims,” said Akintola. “For these reasons, we found that in good conscience, we could not continue fighting their cause.”

Meanwhile, fears continue to mount over the group’s activities in Nigeria even as the crackdown continues.

In April of this year, authorities sought to prevent the group from using the Unity Fountain in Abuja as a venue for sit-ins to protest the detention of their leader. A fight erupted and police killed a Movement follower.

Movement members say they will continue to fight. “Our struggle has been carried out in Lebanon, Syria and Iran,” said Mohammed. “It’s now ongoing in Nigeria and Ghana.” 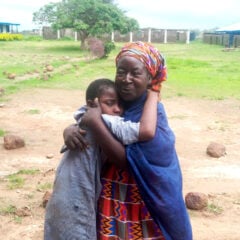 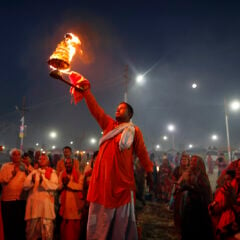