(RNS) — Every week, millions of American go to houses of worship to hear a message from a spiritual leader.

Most of those congregations are small. And few sermons ever make their way beyond the four walls of a given congregation.

Publisher David Murray — a connoisseur of the spoken word — wants to change that with a new website, VitalSermons.com. 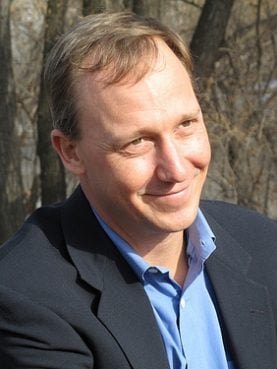 “We’re trying to … find a timely and widely engaging sermon every single week to put out in the world,” said Murray, CEO of the new website. A former journalist turned publisher, Murray also owns Vital Speeches of the Day, an 84-year-old magazine that has long captured important addresses from figures in politics, the arts and elsewhere.

Among the sermons featured on the site are a message from Rabbi Robert Haas of Congregation Mickve Israel in Savannah, Ga., the controversial eulogy for singer Aretha Franklin delivered by the Rev. Jasper Williams Jr. and a sermon from George Mason, pastor of Wilshire Baptist Church in Dallas, calling for justice in the case of Botham Jean, a young African-American man shot dead in his apartment by an off-duty police officer.

“Lord, have mercy,” Mason said in the sermon. “Why are white churches and Christians not speaking out more in racially charged cases like these? If we want to call ourselves by the name of Jesus, we have to stop defending things Jesus would condemn. We have to start loving people like he did.”

Visitors can also watch videos of the Rev. Amy Butler of The Riverside Church in New York City, Bible teacher Lisa Harper, LaSierra University Church Pastor Chris Oberg from Riverside, Calif., and others on the site.

Laura Truax, senior pastor of LaSalle Street Church, a self-described “interdenominational” congregation in Chicago’s Near North Side neighborhood, is part of the new website’s advisory board. She was one of the first people Murray approached for the project.

“I think it’s wonderful because I think what David’s doing is listening for those nuggets of truth that are universal in the human condition,” Truax said.

She conceded there may not be a lot of public demand for sermons. Still, she said, “there’s a hunger for meaning — there’s a hunger to know that your life matters. I think people are still longing for that. It’s why we get entire articles in The Atlantic whether Soul Cycle is a new iteration of church.”

And she still thinks sermons matter — which is why she’s glad to help out.

“I don’t want to settle for Soul Cycle as being a form of corporate meaning,” she said. The home page of VitalSermons.com features an array of recommended sermons. Screenshot

Duduit, dean of Clamp Divinity School at Anderson University in South Carolina, said there are “lots of places you can go watch sermons online, such as YouTube and Vimeo. Also, most larger churches post sermons on their websites.”

“One of the benefits of the web for pastors and others is the accessibility of so much good preaching,” he said.”There’s far more available than anyone would have time to keep up with.”

Although Murray said the “Vital Sermon of the Week” will be selected by the website’s advisory board, congregations can pay $295 a year to post and archive their weekly messages. After the first 500 providers sign up, he added, the annual price will go to $495.

“If you’re a pastor, you’re faced with two choices: one is you put your sermons on your church website, or you’re Joel Osteen and you’re on TV in the morning,” he said. “The average church website doesn’t get enough traffic. It’s not social media savvy. It’s not a center — it’s a backwater. I think there are a lot of pastors that are frustrated by the lack of reach they have.” “I can’t imagine a great many people paying $500” to post sermons, he said. He added that Preaching magazine cut back on publishing sermon transcripts because “so many sermons are prolific on the web.”

But there’s a difference between reaching professional preachers, which the homiletics journals aim for, and a public hungry for meaningful messages, Murray said.

“What you have out there (are) a lot of resources for pastors, but they’re not curated very much,” Murray said. “It all looks like a stack of books. It’s not organized or curated.”

Truax said the selection of messages for potentially new audiences is important as a “way to be introduced to new voices.”

“The good sermons are going to bedrock human truths and they’re going to do it in all sorts of ways: their humanist ways, their Christian ways, their Jewish ways, their Buddhist ways,” she said. “That’s why it’s vital.”