(RNS) — Want your kids to grow up Jewish?

Send them to Jewish summer camp.

That’s been the message of numerous Jewish surveys through the years. A new survey undertaken by the Reform movement, the largest and most liberal of Judaism's three main U.S. branches, adds to those conclusions by showing that camps may help shape adult Jewish values and social justice commitments.

The survey found that those who participated in overnight summer camps or immersive weekend-long getaways through the Reform youth movement were far more likely to be engaged in Jewish life in college and beyond and more committed to "doing good."

On Simchat Torah, which this year ends on Tuesday evening (Oct. 2) and marks the completion of the liturgical cycle of Torah readings and the beginning of a new one, the question of Jewish continuity is as acute as ever. Growing assimilation and a decline in the number of Jews who affiliate with any of the major Jewish movements threaten to unmoor many Jews from their religious roots.

But the Reform movement, representing about 35 percent of American Jews, or about 1.5 million followers in the U.S. and Canada, wanted to evaluate the impact of youth programs on Jewish adults beyond attendance or membership in synagogues. 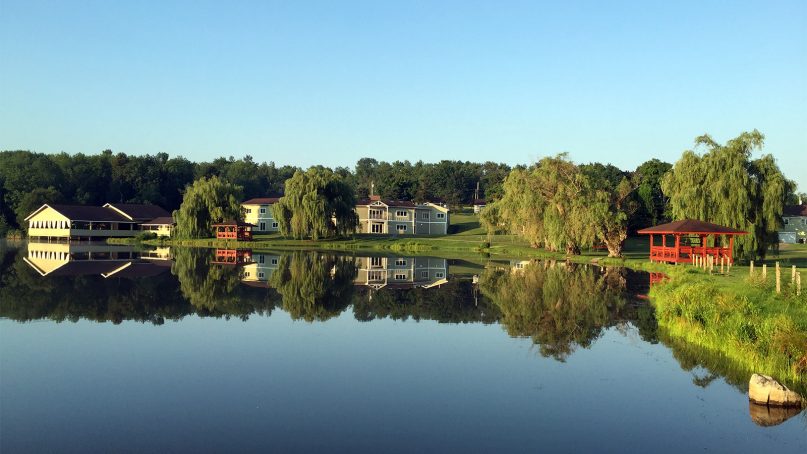 The success of Jewish overnight camps is well-documented. A 2011 study of Jewish camp alumni found that summer camps strengthen Jewish identity. Studies from the 1990s suggested the same. The new Reform survey attempts to measure whether the experiences of camp and youth movements shape participants’ worldviews and behaviors.

The survey, conducted by Rosov Consulting in 2017, gave Reform leaders a sense that immersive youth programming could transmit Jewish values of making the world a better place.

It found, for example, that 87 percent of alumni of camps and youth movements agreed that doing volunteer work is important. More tangibly, 67 percent said they volunteer with Jewish service or social justice organizations at least sometimes.

“It really attempts to show that to be a successful Jew as an adult is not only about belonging to a congregation or lighting Shabbat candles," said Miriam Chilton, vice president of youth for the Union for Reform Judaism. "It’s about acting Jewishly in the world and the importance of taking those beliefs and applying them in ways that align with Jewish values.”

The Reform movement has 17 overnight camps and enrolls some 10,000 campers and counselors each year. It also has a youth program for teens in grades six through 12 that meets in temples and at national conventions several times a year.

Nearly 2,200 survey respondents, alumni of its summer camps and youth movement, said participation in the programs was meaningful:

Jewish camps were created at the turn of the 20th century to give children of European immigrants a reprieve from the crowded urban settlement houses and teeming slums. In the 1930s and 1940s, the camps served an important health mission: to protect urban children from polio epidemics. It was only later that their focus changed to helping build Jewish identity through sports, crafts and outdoor fun alongside a regular practice of Jewish rituals and liturgy. 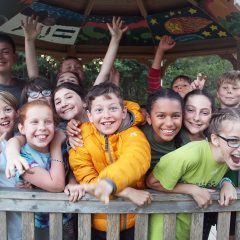 A group of campers goofs off for a photo at URJ Camp Kalsman in Arlington, Wash. Photo courtesy of URJ 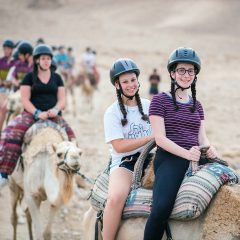 Youth with the NFTY program ride camels in Israel in July 2017. Photo courtesy of URJ 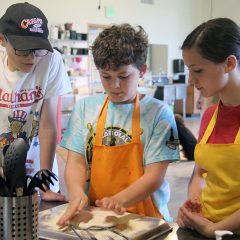 Campers participate in a cooking activity, one of a number of specialty experiences available at all URJ camps, at URJ Camp Kalsman in Arlington, Wash. Photo courtesy of URJ Along the way, they helped children bond with one another and provided the glue for future Jewish commitments.

“So much of religion in general is community, right?” said Mattan Berner-Kadish, 22, a senior at the University of Maryland who started going to Jewish camp at age 10. “That’s what it provided in a lot of ways. It was a place of interacting with people, becoming friends and having experiences with people who shared it with me.”

Berner-Kadish, who did not participate in the survey but spent time both as a camper and counselor at Reform camps in Kunkletown, Pa., as well as in Israel, said he volunteers at his Maryland synagogue and his college roommate is a former camp buddy.

The opportunity to do things away from synagogue and the probing eyes of parents may be a big part of what makes the camp experience unique. 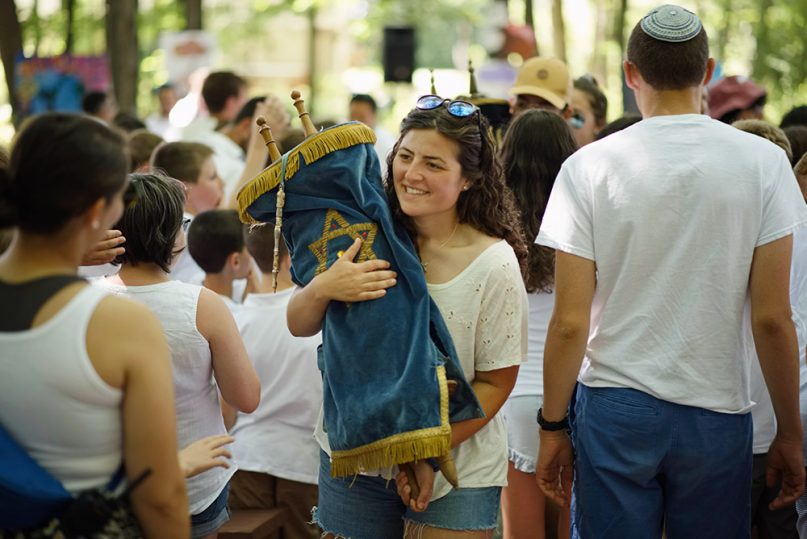 A young woman carries the Torah during a service at URJ Camp Harlam in Kunkletown, Pa., in the summer of 2016. Photo copyright Foundation for Jewish Camp

“For the first time in my life, it provided me the opportunity to make Judaism my own,” said Aaron Klaus, 30, regional director for NFTY, the North American Federation of Temple Youth, the Reform youth movement who is based in Michigan.

For many alumni, camp was a place where they socialized with other Jews. Ali Terkel, who started going to Reform camps at age 7, said there were no other Jews outside her Tulsa, Okla., school growing up.

“Camp really opened up my Jewish world,” said Terkel, 30, who now works in Chicago for the American Jewish Committee's program for young professionals. “It was the first time I was in a fully immersive Jewish community. It was really nice to feel I belonged and that other kids cared about the same things I did.”