(RNS) — It took my wife and me almost six weeks to name our first daughter after she was born. We spent all our free time trying to find the perfect name, one that reflected her personality and our aspirations for her, and one that carried the memories of her family and ancestors in Punjab.

We ultimately settled on Jiya Sundari Kaur, a name that, when taken together, means “A beautiful and divine life, sovereign from casteism and patriarchy.”

Six months ago, we named our second daughter, Azaadi Amro Kaur, which loosely translates to “Eternal Freedom, sovereign from casteism and patriarchy.”

Both of their middle names are drawn from historical Sikh female leaders. Their shared last name, which is different from mine, is a royal name that Sikh women have carried for centuries. The name is a mark of their sovereignty and a statement of resistance against social distinctions and oppression. Preserving this last name was of central importance in naming our daughters.

For my wife and me, naming our daughters was a deeply personal, spiritual and collective experience. That has long been part of the Sikh naming process.

We also knew implicitly that giving our daughters traditional Sikh names would have consequences. We were consciously choosing to mark them as different in a society that often struggles with diversity. By naming our children differently, my wife and I were not just preserving our own cultural heritage – we were also challenging societal expectations of sameness, homogeneity and, ultimately, what it means to be American. 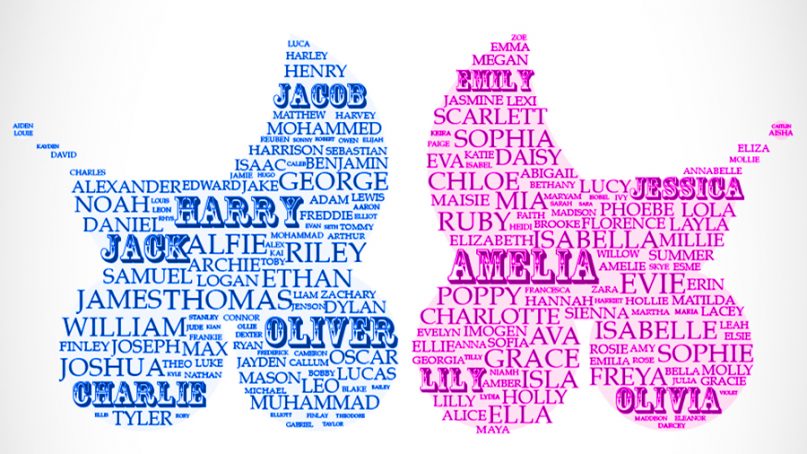 Lists of popular names. Image courtesy of the Office of National Statistics/Creative Commons

The memories of naming our daughters flooded my mind last week after a friend sent me a deeply problematic piece from the prominent advice columnist Dear Abby, titled “Couple Must Choose Between Practical and Unusual Names for Children.”

In the piece, the columnist discouraged a couple from giving their child a “foreign name.”

“Not only can foreign names be difficult to pronounce and spell, but they can also cause a child to be teased unmercifully,” she wrote. “Sometimes the name can be a problematic word in the English language. And one that sounds beautiful in a foreign language can be grating in English.”

She finished with this question: “Why saddle a kid with a name he or she will have to explain or correct with friends, teachers and fellow employees from childhood into adulthood?”

Her underlying message is this. If your name sounds foreign, you aren’t really an American.

Her advice is harmful at best, xenophobic and racist at worst.

Ten years ago, I probably would have agreed with her.

I went by “Sim” all through grade school and college, in part because it was easier for others to pronounce and in part because I liked the computer game Sim’s City. I moved from Texas to Boston after college and took the opportunity to embrace my full first name.

Because Simran is such a common name (believe it or not), I also decided to use my middle name (Jeet) to distinguish myself in public contexts. Along the way, I learned to cherish my own name. And I want to pass that gift on to my daughters.

Abby is advising people to hide their cultural differences in order to be accepted in America. French philosopher Michel Foucault would call this “cultural imperialism” — the idea that a dominant group gets to decide what is considered normal or acceptable and what is considered different or foreign. 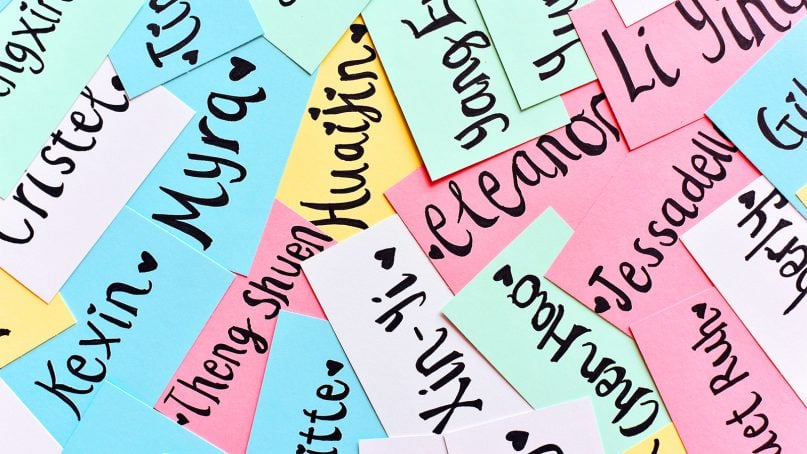 And sounding foreign, according to Dear Abby, is something to be ashamed of. To get ahead, those of us with “foreign-sounding” names have to hide who we are.

It’s advice that many Americans have followed in the past.

Pauline Phillips, who created Dear Abby, was the child of Jewish immigrants – and wrote under a pseudonym, not her real name. She had to pretend to be someone else to succeed. This is part of the conceit of the advice columnist and also a marketing strategy baked into the trade. To be a respectable advice giver, Phillips had to come off as a generic American.

She could not be who she was.

After Phillips was diagnosed with Alzheimer’s in 2002, her daughter Jeanne Phillips took over the column and continues to write the column to this day. In addition to following her mother’s example of pretending to be someone else, she is also advising parents to do the same — to hide who they are in order to achieve success.

This is not great advice in a country that is becoming increasingly diverse, ethnically and religiously. And it was never good advice.

It is racism, disguised as kind advice on how to get by.

This is what will allow us to create a better world for our children and for future generations.