Over the past few years, conservative blogger Rod Dreher has made a name for himself advancing the idea that Christians in the West should set themselves apart from mainstream culture by establishing their own communities and institutions. He calls this the “Benedict Option,” because it is supposed to safeguard old-time Christian values in much the same way that Benedictine monasteries preserved Latin Christian culture from the barbarians of the early Middle Ages.

Our latter-day barbarism, in Dreher’s view, is all about gender norms. The “progress of gay civil rights” has put religious liberty “at grave risk,” he writes, even as individual Christians “face increased pressure to turn from the truth about sex, marriage, and the family, for the sake of participating in American cultural and economic life.”

But now help is on the way. The Trump Administration is taking steps to make it easier for Benedict optioneers to live according to their own traditionalist lights.

Suppose you have a federal contract. Under a rule put into place during the Obama Administration, you cannot discriminate against LGBT workers. In August, the Labor Department issued a directive that permits such discrimination on religious grounds. The plan is to turn that into a formal regulation.

Meanwhile, according to an internal memo leaked to the New York Times, the Department of Health and Human Services is considering defining gender as “based on immutable biological traits identifiable by or before birth.” So you won’t have to worry about pesky Title IX violations if you want to discriminate against transgender people.

The most important aid and comfort, however, may come from the U.S. Supreme Court. Thanks to Trump appointees Neil Gorsuch and Brett Kavanaugh, there is a good reason to think that expansion of religious exemptions will be coming down the pike in pretty short order.

One possible case is Klein v. Oregon Bureau of Labor and Industries, which closely mirrors last session’s Masterpiece Bakeshop, which the Court punted back to Colorado for further review. In Klein, the Oregon Supreme Court found that two Christian bakers could not refuse to make a wedding cake for a same-sex couple under the state’s Public Accommodations Act.

The Court here relied on the U.S. Supreme Court’s 1990 Smith decision, which disallowed religious free exercise claims against neutral laws of general applicability. The Public Accommodations Act is clearly such a law.

In their appeal to the U.S. Supreme Court, the Kleins ask that Smith be overturned. That decision, authored by the late Antonin Scalia in an era when Free Exercise cases were the exclusive province of small religious minorities, rejected the Court’s “strict scrutiny” standard, under which a free exercise claim could be rejected only if there was a compelling state interest in doing so.

Before 1990, the Court did not make it hard for governments to demonstrate that an interest was compelling. For example, in Goldman v. Weinberger (1986) it denied a Jewish Air Force officer the right to wear a yarmulke while in uniform.

It’s a safe bet that, back then, the Court would have found prevention of discrimination to be a compelling state interest. With the current array of justices, you’d be wise to get good odds before you lay down the bet.

In other words, if things go the way they’re headed, it will not just be easier for conservative Christians to exercise Dreher’s Benedict Option. It may not be necessary for them to exercise it all. 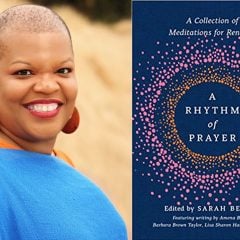