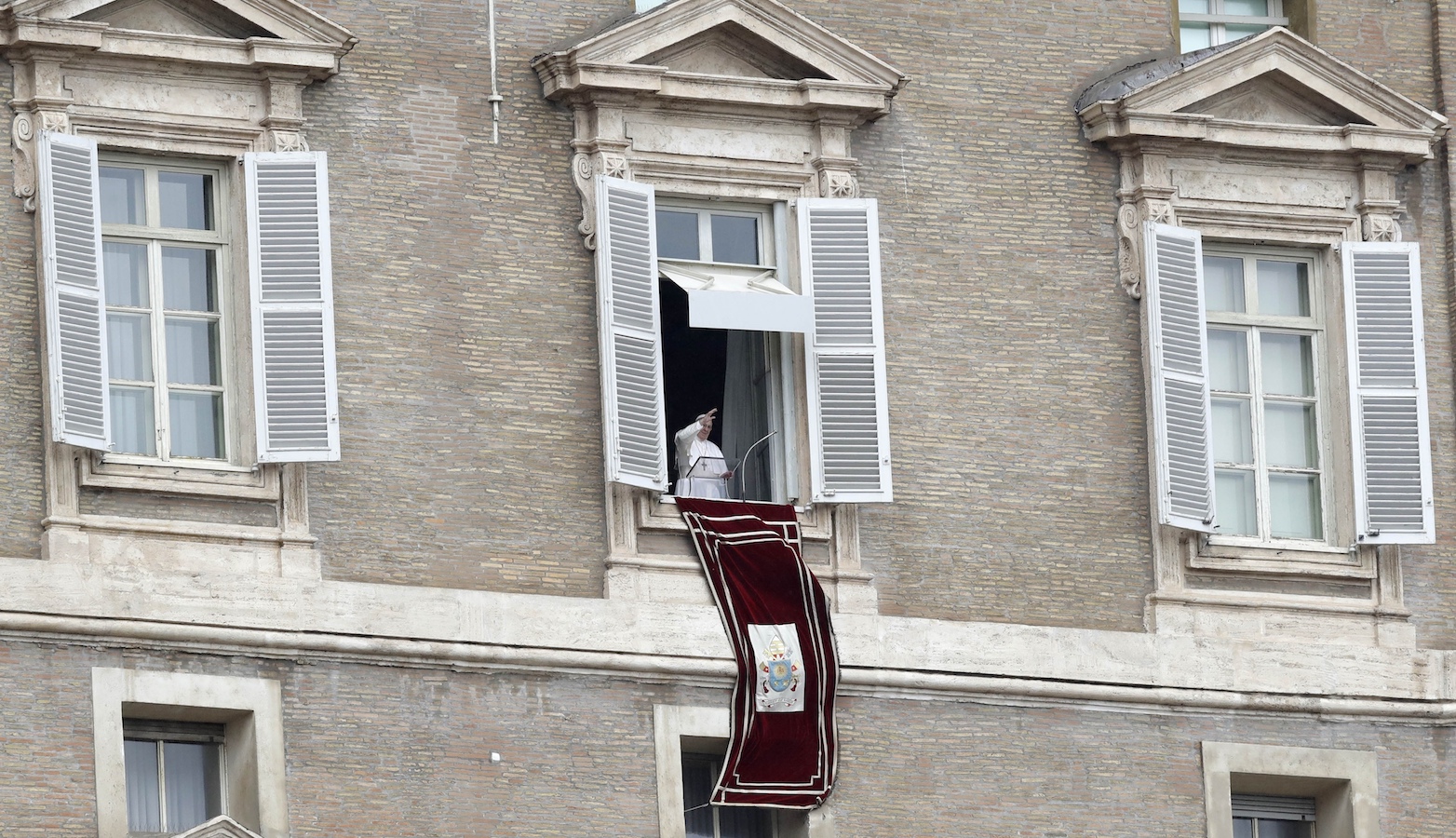 Pope Francis delivers his blessing from his studio window overlooking St. Peter's Square at the Vatican on Oct. 28, 2018. Francis is grieving with Pittsburgh's Jewish community after the massacre at a synagogue, denouncing the "inhuman act of violence" and praying for an end to the "flames of hatred" that fueled it. (AP Photo/Andrew Medichini)
October 28, 2018
Bob Smietana

VATICAN CITY (RNS) Pope Francis on Sunday (Oct. 28) decried the deadly Pittsburgh synagogue attack and prayed that God would help the world “extinguish the eruptions of hatred that are emerging in our societies.”

A gunman on Saturday stormed the Tree of Life synagogue in the historic Jewish neighborhood of Squirrel Hill during Sabbath services, killing 11 people in what is believed to be the deadliest act of violence against Jews in U.S. history.

According to The Washington Post, 46-year-old Robert Bowers, apparently a supporter of the anti-Jewish alt-right movement, allegedly shouted anti-Semitic slurs during the attack. He was arrested after an exchange of gunfire with police that wounded four officers and has been charged with a hate crime in addition to a slew of other charges.

Bowers apparently also espoused white supremacist views and was fueled by a hatred of immigrants and refugees.

The attack, along with other displays of bias-fueled violence, has sparked further concerns about the effect of a degraded civil discourse in America, and President Trump’s volatile rhetoric has come under special scrutiny.

In remarks after the traditional noontime Sunday Angelus prayer, Francis expressed his “closeness to the city of Pittsburgh … and in particular to the Jewish community, which was struck yesterday by a terrible attack on the synagogue.”

“All of us, in reality, are wounded by this inhuman act of violence,” said the pope, speaking to a rain-soaked crowd from the window of the apostolic palace overlooking St. Peter’s Square. “May the Lord help us to extinguish the hotbeds of hate that are emerging in our societies, strengthening our sense of humanity, the respect for life, moral and civil values, and the holy fear of God, who is Love and father of all.

“May the Most High welcome the dead into his peace, comforting their families and sustaining the wounded,” he said.