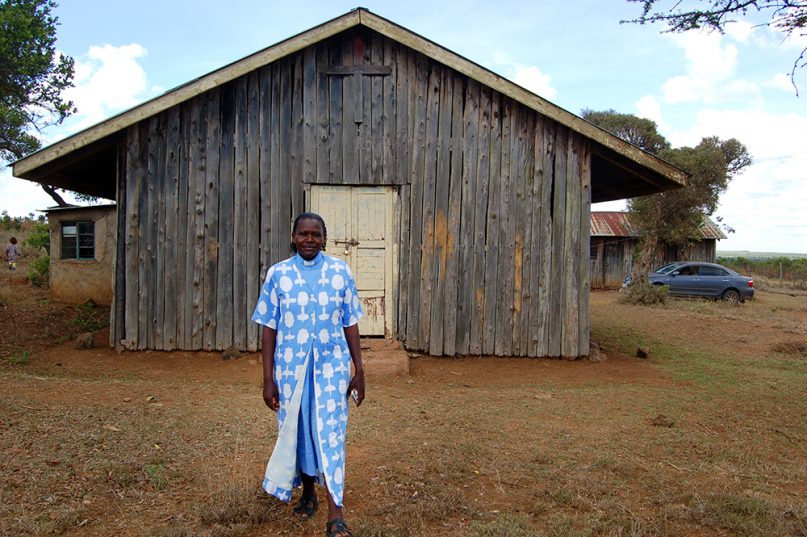 NAIROBI, Kenya (RNS) – A Pentecostal pastor in the western Kenyan town of Bahati triggered outrage over the past week by refusing to marry a young couple until they complied with his demand that they be tested for HIV, the virus that causes AIDS.

On Nov. 3, Pastor Jesse Karanja, the leader of Mizpah House of Prayer Church, insisted that Joyce Waithera and Paul Waithaka take repeated tests for both HIV and pregnancy as anxious guests and relatives waited in the church for more than eight hours. When the results of one test indicated Waithera was HIV-positive and pregnant, according to news reports, Karanja declined to proceed with the wedding.

Later, the pastor alleged that the standards of the church had not been met.

The pastor’s refusal brought into focus the lingering stigma in many churches in sub-Saharan Africa against those who are HIV-positive, even as improved testing, prevention and treatment have given rise to optimism that the epidemic can be ended.

Nationwide, the prevalence of HIV infection has dropped below 6 percent, and it is lower around Bahati. According to a 2016 report from the Kenyan Ministry of Health, new infections among adults in the area have dropped by more than 80 percent since 2013.

But cases like the Bahati wedding show that the gains in acceptance of AIDS and HIV sufferers are still fragile and still divide society here. “The best he could have done is to join the two and counsel them how to live together as discordant couples,” the Rev. Rahab Wanjiru, an HIV-positive Anglican priest in central Kenya who frequently campaigns against HIV stigma, told Religion News Service.

Discordant couples, also called sere-discordant, are those in which one partner is infected while the other is not. Although there are no precise statistics, the Kenya AIDS Indicator Survey in 2012 showed that 260,000 people were involved in discordant relationships.

Kenya’s HIV and AIDS Control Act criminalizes compulsory testing and upholds the right to privacy of HIV status results. But despite the ban, some churches, especially evangelical and Pentecostal ones, have demanded strict adherence to testing before marriage.

Pastor Samson Mulinge Mutuse, an HIV-positive clergyman in Nthange, in eastern Kenya, said he recently married an HIV-negative woman in his church. “If two people agree to get married in spite of their statuses, no church pastor had the authority to deny that right,” Mutuse said.

“The couple should be allowed to wed and the pastor punished for this act. There are laws addressing such actions,” he added. 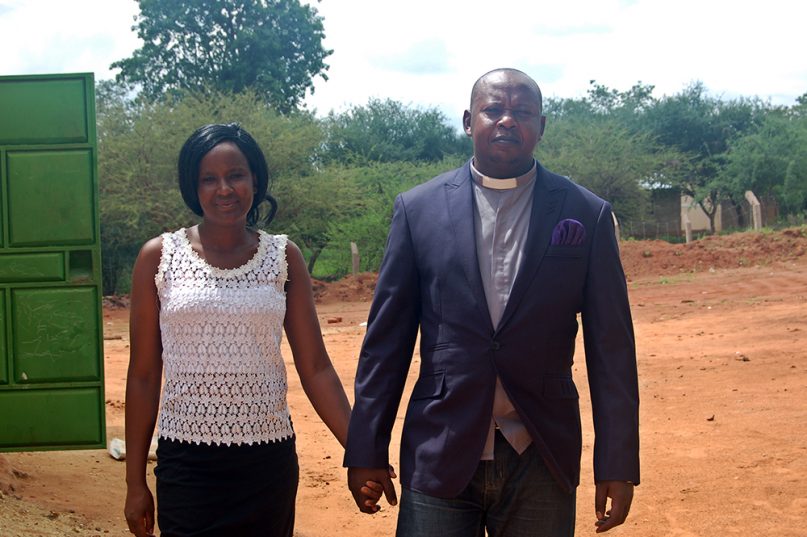 Pastor Samson Mulinge Mutuse, right, an HIV-positive clergyman, with Evelyn, his HIV-negative wife, on Nov. 28, 2017, at their church compound in Nthange, in eastern Kenya. RNS photo by Fredrick Nzwili

According to Jane Ng’ang’a, an official with the Kenya chapter of the International Network of Religious Leaders Living With or Personally Affected by HIV and AIDS, known by the acronym INERELA+, many of the clerics fear that marrying anyone to an HIV-positive partner is equivalent to killing them.

“They feel it’s their obligation to demand the tests. For them, HIV is still a death sentence,” said Ng’ang’a.

Officials from many Protestant churches and the Roman Catholic Church in Kenya agree that testing is not mandatory. At the same time, they advise couples to check with a clinic or a doctor.

“It is good for them to know their statuses so that they can know how to live together. We cannot stop a wedding because of a positive status. We treat HIV like any other disease,” said the Rev. Wilybard Lagho, vicar general of the Mombasa Roman Catholic Archdiocese.

But Wanjiru said that some church leaders have not stopped associating HIV with immorality, and indeed Karanja suggested in a video that the couple’s treatment resulted from “sidestepping the path of normal Christian life.”

Meanwhile, Waithaka, the groom in Bahati, told a local newspaper that he and his fiancee are planning another wedding.