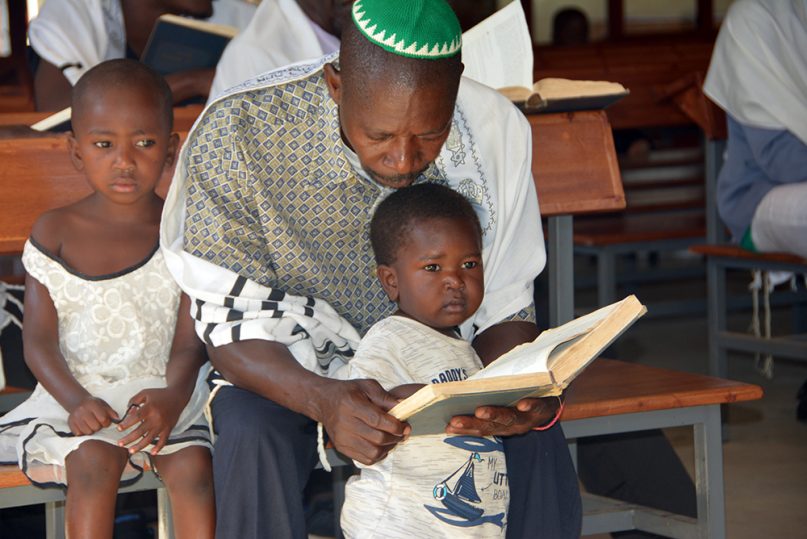 A man attends a Pentecostal church service with his children in eastern Uganda on Nov. 18, 2018. There are a number of Christians and churches in Uganda that believe seeking medical attention demonstrates a lack of faith in God. RNS photo by Doreen Ajiambo

KATAKWI, Uganda (RNS) — In this remote town in a deeply traditional corner of eastern Uganda, a 27-year-old Pentecostal pastor has been arrested after interceding to stop the medical care of a severely ill 9-year-old girl, telling her parents they should rely on prayer.

The pastor, Richard Asutu of Save Soul International Ministries, has since been released on bond, but the girl remains on the verge of death in a hospital where she was taken three weeks ago after her mother stopped giving her medication and took her to the church for prayers. The child’s father, together with local residents and security officials, intervened to take the girl to the hospital.

“I was shocked when I found my daughter lying unconscious on the floor of the church,” said the father, Charles Atoro. “He accused us for failing to believe in God when we demanded that he release my daughter.”

Asutu appeared steadfast when he was released earlier this month. “It’s time that we should believe in the power of God,” he said. “How can you take medicines when you are born again? That’s a lack of faith and you can even end up dying. Jesus healed people only through prayers.”

Asutu is one of many church leaders in this East Africa nation who choose faith over medicine.

“We have lost thousands of people in this country because of fake preachers who claim to talk with God through visions,” said Robert Ibwala, a local government official who oversees Katakwi. “They have misguided our people and we are going to close such churches because the government does not allow individual groups to practice religious cults.”

In recent years, the government has arrested members of religious groups for refusing to allow their children to participate in a government immunization program or refusing to be counted in a government census. The believers say identification numbers issued by the authorities could link them with the number 666, connected in the New Testament with Satan.

Recently, the government has also threatened to close several Pentecostal and evangelical churches that defied an order to permit congregants with HIV/AIDS to take medication.

The authorities say their crackdown is aimed at keeping religious institutions from devolving into cults like the Movement for the Restoration of the Ten Commandments, led by a Catholic priest named Joseph Kibwetere in the late 1990s. In March 2000, about 1,000 of Kibtewere’s followers died in a mysterious fire in a church in western Uganda. 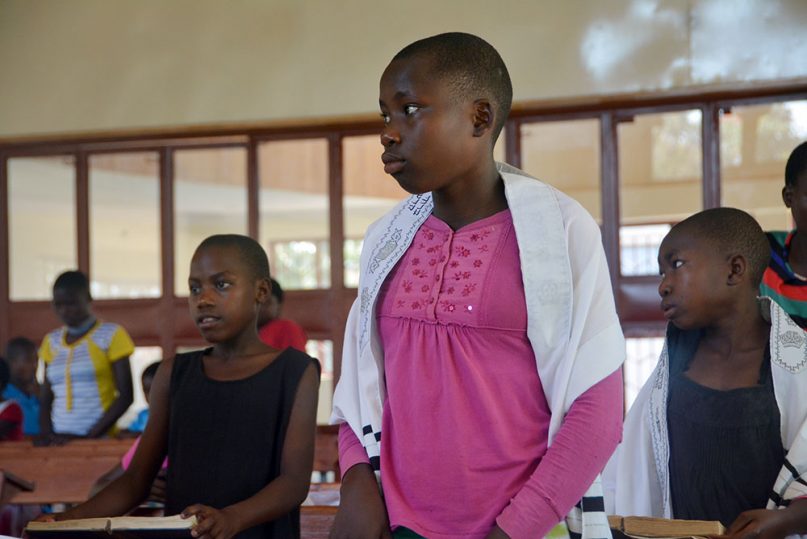 Children attend a Pentecostal church service in eastern Uganda on Nov. 18, 2018. Some children in the region are denied medical attention because of religious beliefs. RNS photo by Doreen Ajiambo

Last month, police in western Uganda arrested several women and a male Pentecostal pastor after they were found praying while naked in a private house that they said was their church. One of the women said the pastor had told them to pray while naked because they couldn’t hide anything from God.

“As long as we respect the freedom of worship, we are not going to allow unlawful activities that may lead to a cult and loss of lives,” said Emmy Ngabirano, regional police chief. “We have already closed some churches and requested the owners to register them.”

Religious observers, meanwhile, have accused some church leaders of misconstruing the gospel and preaching against education and health.

“This is a religious cult,” said Bishop John Okiror, a local church leader, referring to Asutu and other clergy who bar followers from seeking medical help. “They are instilling too much fear among their followers. They misquote the Bible so that they can separate their followers from their families, including children, and indoctrinate them to believing in something strange.”

“We want to warn all church leaders against false preachings that violate human rights of individuals,” said the Rev. Deogratious Oryangatum, a Catholic priest in Soroti. “If your radio is damaged you cannot wait for God to perform miracles.”

But Asutu said he was determined to preach the gospel to the people so they can believe that God is more powerful than an individual or medicine.

“They can defeat me but they can’t defeat God,” he said, referring to officials who had closed his church. “I will continue to tell people the truth. The truth to believe in God. We are all healed by his stripes.” 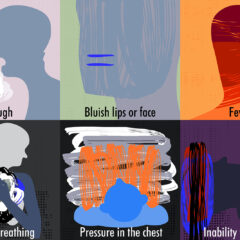 Opinion
The pandemic isn’t over, and misinformation can still be deadly