(RNS) — Not everybody celebrates a religious holiday in December.

But almost everybody likes presents.

That’s why every year Religion News Service rounds up a few gift ideas for all the people of faith — or no faith — on your list. Some are silly, some sincere, but all come with our best wishes for happy holidays and a wonderful new year.

It’s hilarious. It’s random. It’s tasty. It’s the original Potato Latke Gram. Yup, you are mailing somebody a potato. It also comes with a “Happy Chanukah!” potato peeler, a latke recipe and a retro telegram message from you. 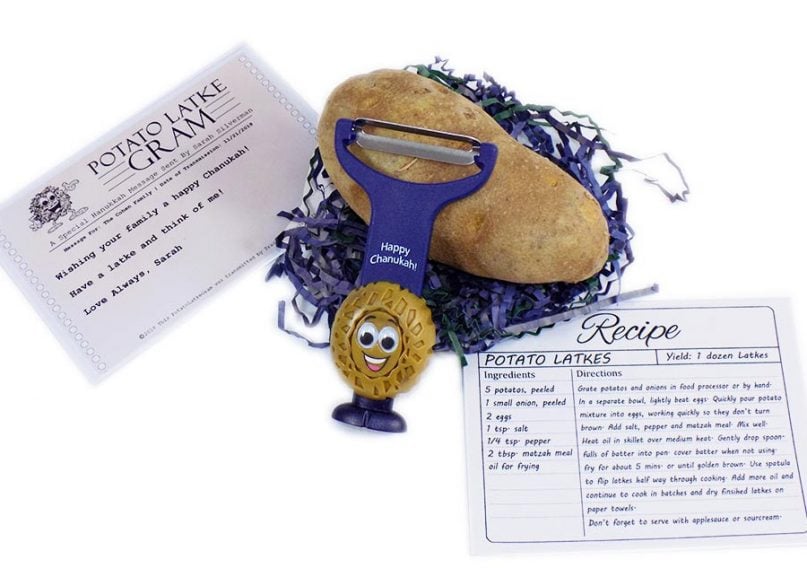 Tired of the Grinch? How about a Christmas story featuring a more cuddly character? “Margaret’s Night in St. Peter’s: A Christmas Story” is the second in a series of books aimed at children ages 6-10 — or the cat lady on your list — by Jon M. Sweeney. The series imagines what life would be like for the pope’s cat, Margaret. 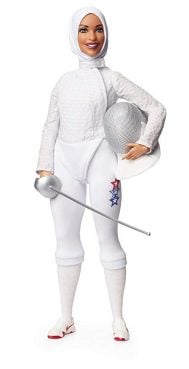 In 2016, fencer Ibtihaj Muhammad became the first U.S. athlete to wear hijab while competing in Summer Olympics, earning a bronze medal in Rio along with her teammates in the women’s saber team event. Earlier this year, Mattel created a doll in her likeness, the first Barbie doll to wear the Muslim head covering. Pair it with a copy of Muhammad’s memoir, “Proud: My Fight for an Unlikely American Dream,” also released this year, for the perfect present for the Olympic hopeful on your list.

No evergreen scents here. Homesick describes the aroma of its Jewish Christmas candle as “buttered popcorn and a movie at the local theatre followed by an overindulgence of Chinese food with friends and family.” If that’s how your family spends Christmas, this is your candle. Homesick also makes a Hanukkah candle with notes of potato latke and jelly doughnut. 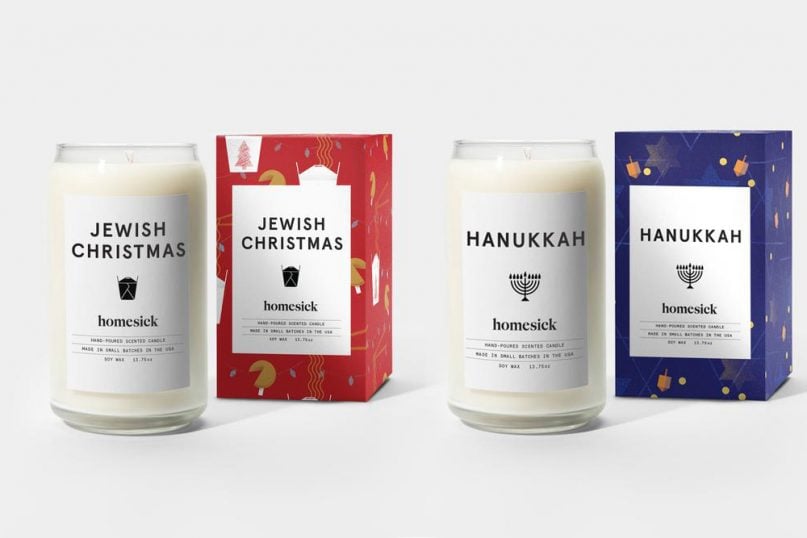 Brighten someone’s morning cup of coffee with this colorful mug featuring a cheerful print of a happy Sikh man.

Christmas doesn’t have a monopoly on ugly sweaters anymore. You can celebrate African-American heritage and principles like faith and unity while you light the seven candles in this “ugly” Kwanzaa sweater-patterned sweatshirt. Trendy subscription boxes are the gift that keeps on giving. Lunarly encourages the spiritual-but-not-religious friend or family member on your list to practice self-care and set intentions for the new year — and every new moon — with a journal and monthly assortment of plants, candles, crystals and other items promoting wellness. 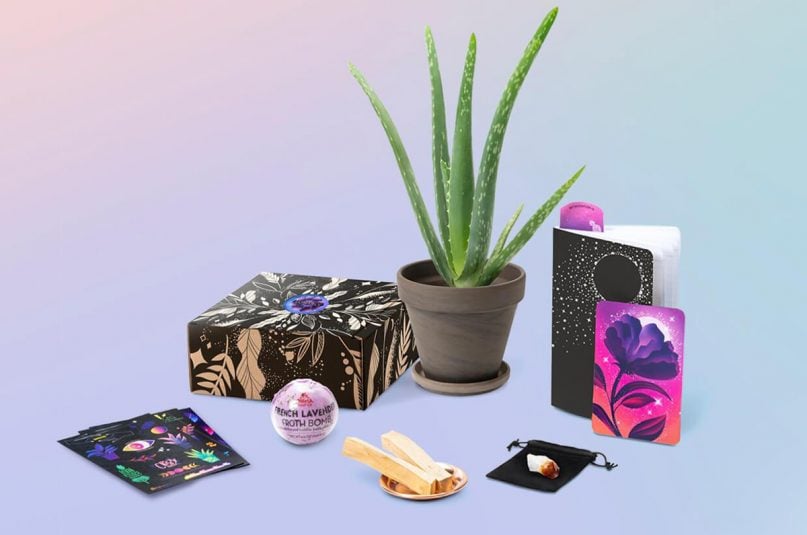 Tickets to a show

For your friend who always shares comedian John Crist’s viral videos like “Signs You Grew Up Christian” and “Bible Verse Lady” on Facebook, why not pick up a pair of tickets to his “Human Being Tour,” with stops across the U.S. through May 2019? 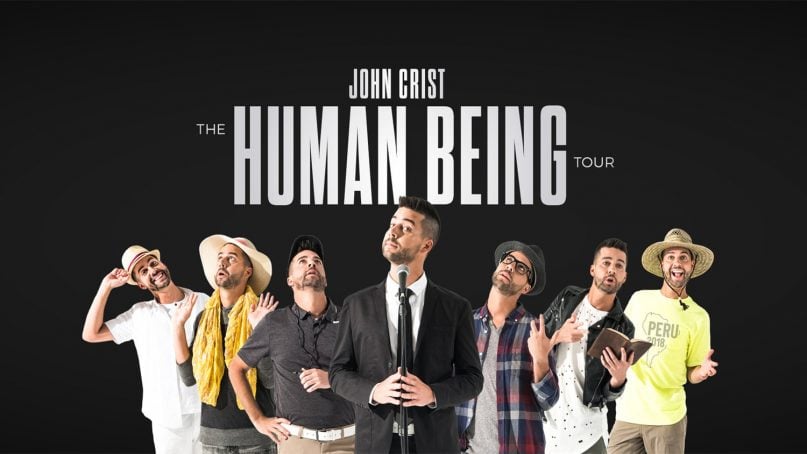 Kids might feel more courageous cuddled up with a plush Hanuman or feel they are able to overcome obstacles with a snuggly Ganesh by their side. Each comes with an explanation of the depiction’s symbolism. ‘The Middle Path’ board game

The Middle Path is a board game about “everyday Muslim problems” meant to spark laughter and serious conversations. The game, featuring humorous comics on each card, exceeded its crowdfunding goal in November on LaunchGood. You can preorder it now and receive it in February.

Color your way to Christmas with an Advent-themed adult coloring book by Christopher Rodkey and illustrators Jesse Turri and Natalie Turri: “Coloring Advent: An Adult Coloring Book for the Journey to Bethlehem.” The chef on your list can travel the world without leaving the kitchen. Prepare a delicious holiday meal with the recipes featured in “King Solomon’s Table: A Culinary Exploration of Jewish Cooking From Around the World” by James Beard Award-winning cookbook writer Joan Nathan.

Crystals for the winter solstice

Feel like hibernating? Ready to be “out with the old and in with the new”? There’s a crystal for that! Get ready for the winter solstice with this collection of tumbled stone crystals, including calcite, chrysocolla, clear quartz, rose quartz and more. 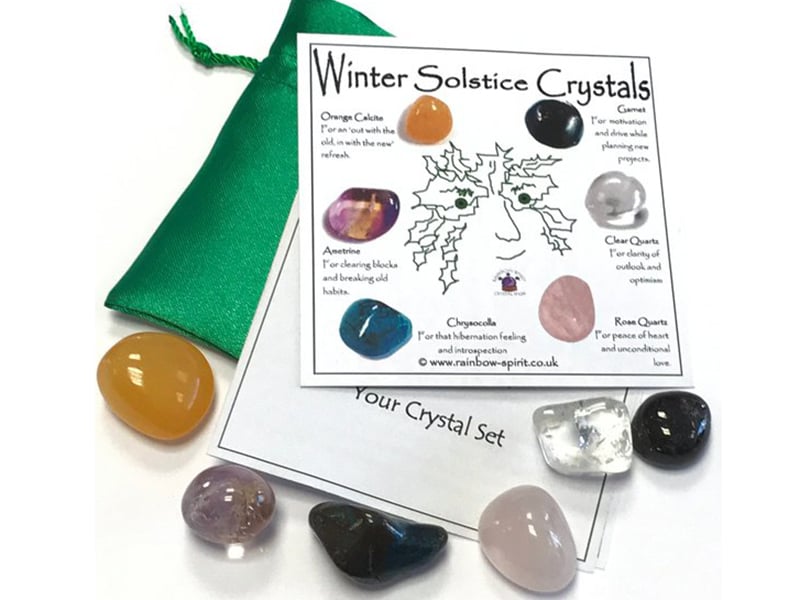 The makeup enthusiasts on your list will get more than eight nights of use out of Take My Face Off’s Hanukkah-themed gift set of reusable finger mitts. The mitts replace throwaway cotton balls, wipes and washcloths in skincare regimens. 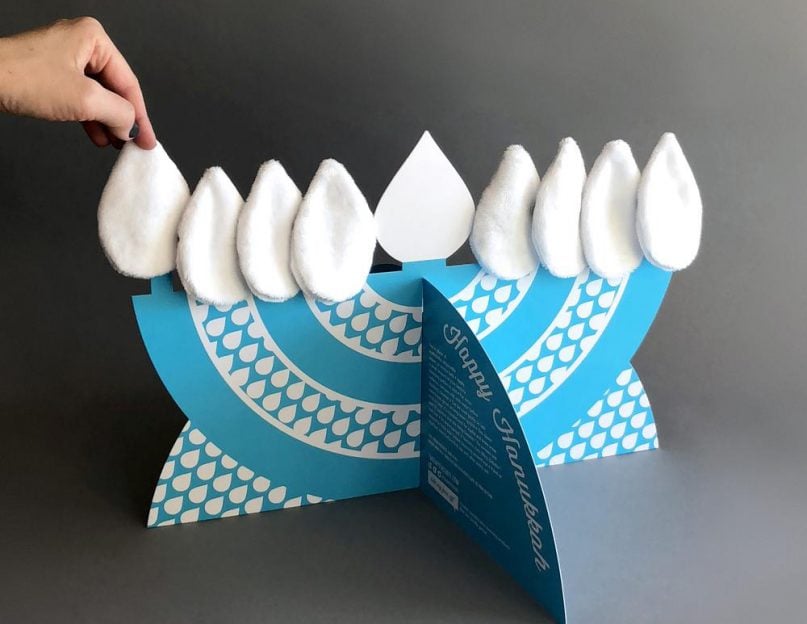 Buddha soap on a rope

Find enlightenment while getting ready in the morning with a jade green, green tea-scented, vegan-friendly, Buddha-shaped soap on a rope. 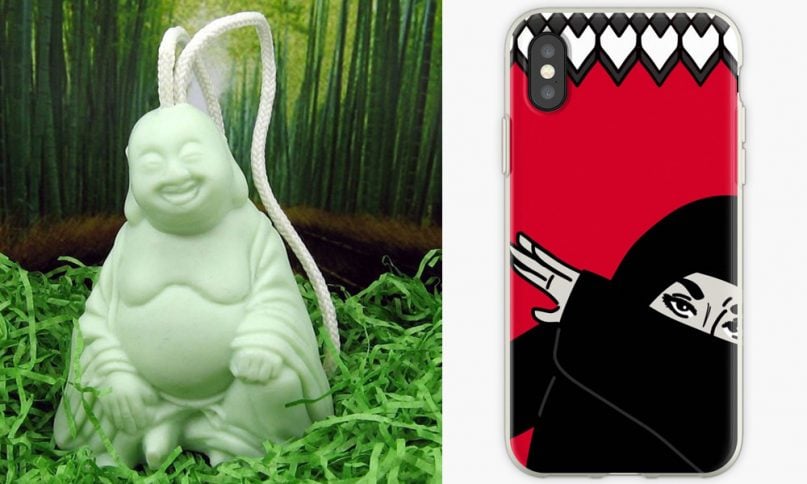 Counting down the days until Christmas becomes a celebration in itself with Aldi’s wine and cheese Advent calendars. The calendars, featuring 24 mini bottles of wine or blocks of cheese behind a little door to open each day, are available in select Aldi stores in the U.S. for the first time this year.

The ’90s are back, and so, inexplicably, are hair scrunchies. You can look both retro and festive while celebrating Hanukkah with this dreidel-decked scrunchie from Midrash Manicures.

Fans of Charles Dickens’ “A Christmas Carol” and the tarot can be visited by both in the same night with the brand-new “A Christmas Tarot: Ghosts of Past, Present and Future” by Dinah Roseberry and Christine “Kesara” Dennett. It features a Christmas-themed illustration of each of the tarot’s “major arcana” cards, along with a reading for past, present and future; information about a Christmas tradition; and a channeled Christmas angel message for each. 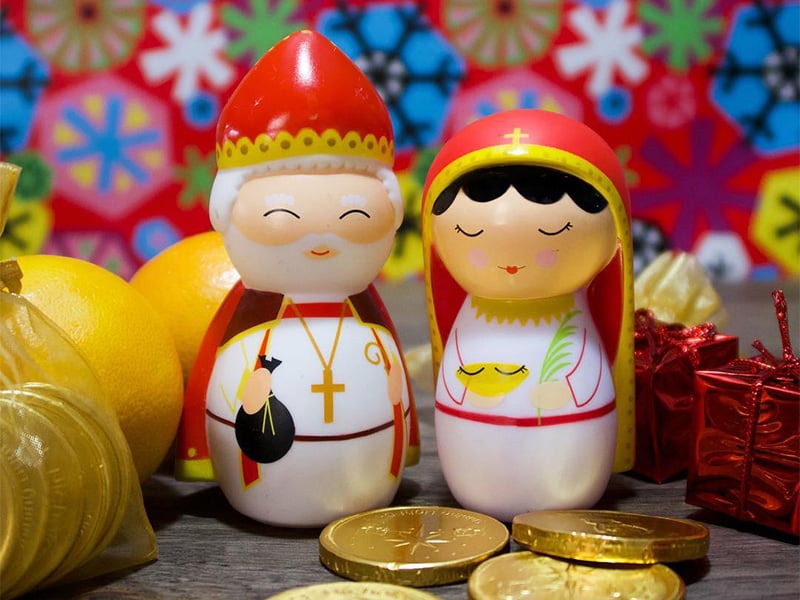 There are a number of novelty menorahs out there for Hanukkah, but maybe none as cool as this gold T-Rex dinosaur menorah. 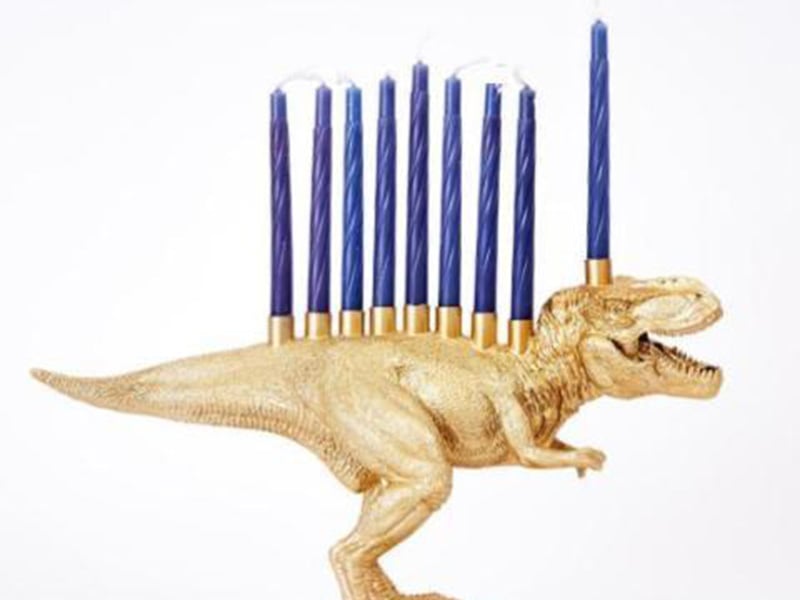 ‘In Plants We Trust’ T-shirt

Everybody on your list may not believe in God, but how do they feel about plants? 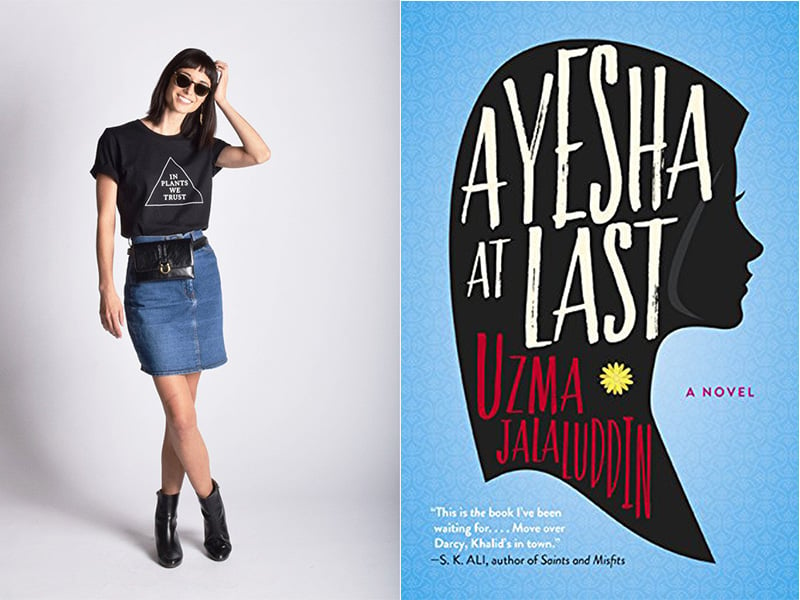 A Muslim ‘Pride and Prejudice’

Jane Austen’s beloved classic “Pride and Prejudice” gets a modern twist in “Ayesha At Last” by Uzma Jalaluddin. In Jalaluddin’s novel, protagonist Elizabeth Bennet becomes beautiful, outspoken Ayesha Shamsi, who dreams of becoming a poet, not a wife.

“Songs for Christmas” began as a collection of Christmas albums indie musician Sufjan Stevens created every year as gifts for friends and family. Featuring traditional Christmas carols, Christian hymns and slightly apocalyptic original songs, the first five volumes were released as a CD box set in 2006. It’s been re-released this year for the first time on vinyl, along with Stevens’ previously unreleased song “Lonely Man of Winter.” 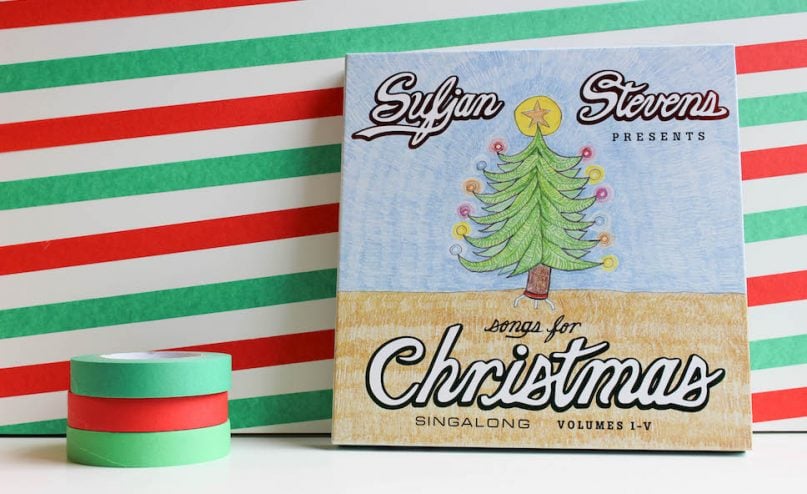 Kathy Bransfield creates inspirational jewelry for the special spiritual and religious someone on your list, like this sterling silver and gold-plated necklace stamped with the famous words attributed to Mahatma Gandhi: “Be the change you wish to see in the world.” Other jewelry features a Buddhist wheel, a cross with Christian scripture, a star of David with the word “shalom” and a necklace with the words “love is my religion.”