(RNS) — For the past 2½ years, the United States and its NATO ally, Turkey, have been at odds over the fate of Fethullah Gulen, a relatively little-known Muslim cleric living in the mountains of Eastern Pennsylvania.

His followers believe he is a peaceful emissary of interreligious dialogue and secular education. The Turkish government maintains he is a traitor and terrorist, the mastermind behind a July 2016 coup attempt that resulted in the death of 265 Turkish civilians. They want him extradited back to his homeland.

This week, a delegation from the U.S. traveled to Turkey to discuss his fate, according to published reports.

The Turkish government has made Gulen’s extradition one of the central points of its foreign policy. The United States has demurred, claiming that Turkey has not presented sufficient evidence against Gulen to justify extradition proceedings.

Turkish officials welcomed the election of President Donald Trump, in part because they believed they had a better chance of seeing Gulen extradited under his administration.

They may be right.

On Dec. 18, White House spokeswoman Sarah Huckabee Sanders told reporters the president only said the U.S. would “take a look at it, but nothing committal in that process,” walking back but not completely refuting the Turkish foreign minister’s statement. 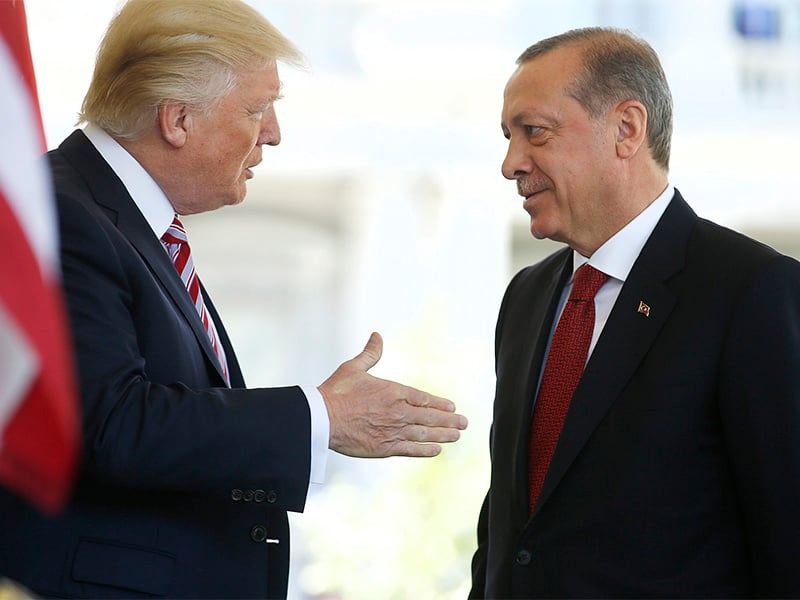 President Trump welcomes Turkey’s President Recep Tayyip Erdogan as he arrives at the entrance to the West Wing of the White House in Washington, D.C., on May 16, 2017. Photo by Joshua Roberts/Reuters

Complicating matters are Turkey’s ongoing restrictions on religious groups, which caused “the state of religious freedom in Turkey” to worsen, according to the U.S. Commission on International Religious Freedom.  The country landed on USCIRF’s tier 2 watch list of countries where religious liberty is restricted.

Gulen’s status as a religious leader, and one with a significant network and following across the United States, raises questions of whether his potential extradition is an issue of religious freedom and what impact his extradition would have on his American followers.

The faith leader initially left Turkey for medical treatment in 1999 and remained in the United States after Turkey accused him — falsely, according to his supporters — of trying to undermine and overthrow the government.

Following the 2002 rise to power of the AKP, the party that still holds power in Turkey today, Gulen’s political fortunes turned. He and members of his movement became political allies of the AKP and Erdogan, who was then prime minister. In 2012 and 2013 the AKP and the Gulen Movement had a falling out, which culminated in what the Turkish government claims was a Gulen-instigated corruption investigation that reached all the way to Erdogan. 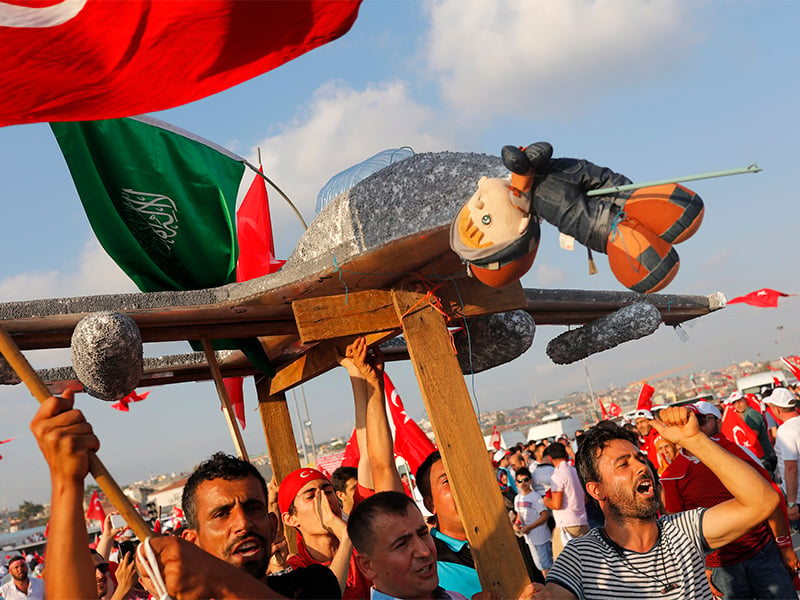 The investigation was quickly quashed, and Gulen and his followers once again became personae non grata in Turkey. Turkish officials believe Gulen then instigated the failed 2016 coup, though the evidence they have presented publicly is far from conclusive.

The Gulen Movement is a unique hybrid of religion, business and education, but the religious element, derived from the Turkish Nusi school of Sunni Islam, remains the core of the movement.

Organizations connected to the movement are run by his followers and are “inspired” by Gulen but not legally connected to him personally. Because of the informal and opaque structure of the Gulen Movement, there is no way to know the number of Gulen’s followers, but he likely has millions worldwide and thousands here in the United States.

Gulen’s status as a religious leader does not automatically mean his case falls within the bounds of religious freedom.

“What makes a religious liberty claim is a government penalizing someone’s religiously motivated conduct,” Douglas Laycock, an expert in religious liberty issues and a law professor at the University of Virginia, told Religion News Service.

Since Turkey is not charging Gulen with a religion-related crime, religious liberty considerations do not legally apply.

Even if they did, according to Laycock, it is not clear that the United States is obligated to refuse extradition for people charged with religion-related offenses.

Perhaps surprisingly, organizations connected with and Turkish-Americans sympathetic to the Gulen Movement are largely unfazed by the Turkish government’s statements. They widely believe Gulen is in no danger of extradition. Alp Aslandogan, executive director of the Alliance for Shared Values, the organization most closely connected to Gulen in the United States, told RNS that he believes the Turkish foreign minister is bluffing about Gulen’s extradition. He said he is confident in the fairness of the U.S. justice system.

Since Gulen has been removed from public life for years due to ill health, there would be little practical impact to the movement in the U.S. if he were forced to return to Turkey, Aslandogan said.

Joshua Hendrick, professor at Loyola University in Maryland and expert on the Gulen Movement, echoed this assessment.

“The organization operates almost in spite of Fethullah Gulen, and so things would continue full tilt,” Hendrick told RNS.

A Turkish-American in Boston, who has had family detained in Turkey for alleged ties to the Gulen Movement, said he was skeptical about the Turkish government’s claim. He asked that his name not be used out of concern for his family. He pointed out that the day after the Turkish foreign minister made his statement about Gulen’s extradition, the foreign minister falsely claimed that supporters of the Gulen Movement were being detained in the United States by the FBI. Like Aslandogan, he remains confident that the U.S. justice system will protect Turkish-Americans.

Still, the recent decision by the U.S. to withdraw troops from Syria, which reportedly came after President Trump spoke with Erdogan, worried Turkish-Americans who have ties to Gulen. They worry that closer ties between the U.S. and Turkey could lead to his extradition.

Hendricks remains skeptical that Gulen will be extradited.

“It seems to me that the burden of proof is too steep, and Gulen’s rights as a permanent resident too difficult (from a legal perspective) to navigate,” he told RNS in an email.

Nicholas Danforth, an expert on Turkey and senior policy analyst at the Bipartisan Policy Center, summed up the issues at hand succinctly.

Danforth said U.S. courts — and not the Trump administration — will decide whether Gulen will be extradited.

“At the end of the day,” he said, “the U.S. Constitution makes Trump commander-in-chief of the military — not of the judiciary.” 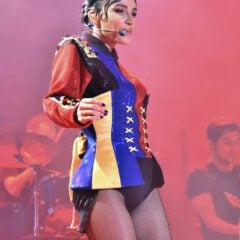 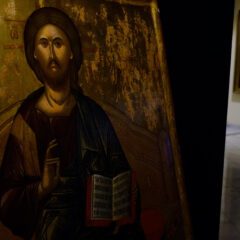