(RNS) — A new year is upon us and, as of my writing this, I’ve kept most of my resolutions. By the time this column goes live, I — and plenty of us — will have abandoned some, or all, of them.

Before we get down about failing again to stick to our New Year’s resolutions, it’s worth reflecting on what, exactly, our resolutions are designed to do. Some of our resolutions are constructive ones: read more books, work more efficiently, exercise daily. Others are negative promises: we vow to banish unwelcome elements from our daily existence, to abandon toxic friendships or habits, to dispense with the bad energy in our lives.

In the rhetoric of self-improvement, ridding ourselves of toxicity and bad energy is a matter of our social, physical and emotional health. But the notion is loaded with spiritual significance. We might even call this disavowal of a nebulous sense of badness an exorcism.

When we talk about “toxicity,” for example, we’re not necessarily talking about things that are scientifically proven to be deleterious to our physical health. Some of the swath of wellness products and exercises purporting to “flush out toxins” are often nothing more than marketing hype. As the Guardian put it not long ago, “detoxing — the idea that you can flush your system of impurities and leave your organs squeaky clean and raring to go — is a scam. It’s a pseudo-medical concept designed to sell you things.”

Banishing these elements from our lives is as much about ritual dissociation — new year, new me — as it is about their actual effect on our lives. We recode a set of actions, objects, foodstuffs and even people as impure, dangerous, impediments to our transformation into our “best selves.”

Some toxins are, of course, literally toxic. NBC News noted recently that “searches for sober living are up by 746 percent on Pinterest.” But what makes many of our dependencies toxic is not the substances or beings themselves but our relationship with them — the idea of a “toxic relationship” has become so ingrained in our culture of “wellness” that WebMD even has a page devoted to identifying toxic friendships. 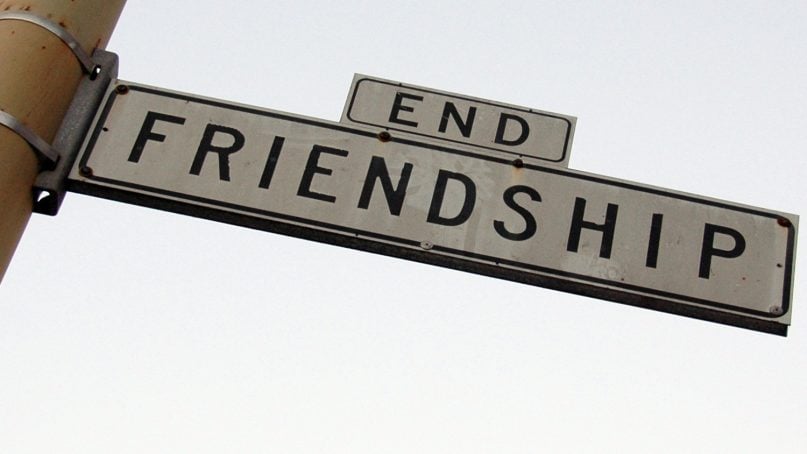 A street sign in San Francisco could be interpreted several ways. Photo by Tinou Bao/Creative Commons

While harmful relationships are real and should be cut off, conversation about negativity or toxicity sometimes draws a moral delineation: What is “good” and what is “bad”? In charging objects, behaviors and even people with quasi-metaphysical import, the better to defend ourselves against them, what we are really asking is, What is sacred and what is profane?

In this all-or-nothing schema, moderation is not an option. Consuming even a little bit of unhealthy food isn’t allowable if it is demonic. Nor is any extended discussion with the “toxic” friend whose behavior needs to change. The only path to self-improvement is through symbolic, ritualized purgation.

In his 2007 book “A Secular Age,” the philosopher Charles Taylor links the growing secularization of modern and post-modern society to what he calls the development of the “buffered self.” The pre-modern, “porous” self, he argues, lived in an “enchanted” world, a world in which our very selves existed in constant dialogue with spiritual forces (from evil spirits to saints’ relics). We were constantly being transformed by outside influence.

By contrast, Taylor argues, the modern, secular — “buffered” — self enforces a border between the self and the other, the mind and the body, that the ancients didn’t. “In the pre-modern world,” Taylor wrote, “meanings are not only in minds, but can reside in things, or in various kinds of … subjects.”

Before the Enlightenment, in other words, objects were inherently meaningful, laden with sacred import. They have “the power to impose a certain meaning on us,” wrote Taylor. “They can effect cures, save ships from wreck, end hail, and lightning, and so on.”

But have objects and people really lost their meaning — or their power over us moderns? Much of our talk about “negativity” or “toxicity” sounds like Taylor’s porous pre-modern self, in dialogue with its surroundings.

The language and imagery of porousness, of “energy” influence, infuses the seemingly secular sphere of self-improvement.

Witness the wellness website GOOP, the brainchild of actress Gwyneth Paltrow, which exhorts readers to expel “negative Nancies” in their friend groups to achieve positive results, adding: “even the words of others can easily affect our personal vibration. Spend a few minutes with a chronic complainer who uses all sorts of negative terms, and you’ll feel your personal energy bottom out. Words have great power, so choose them (and your friends) wisely!”

In other posts, Goop shows the same sensitivity to corporal purification, hawking $30-a-meal “detox” meal delivery plans, “detox” skin care and guides to “how to detox your home.”

This kind of defense against outside influences is present in books like the 2006 runaway bestseller “The Secret,” which advises positive thinking as the key to manifesting a positive future. It’s at the heart of our diet schemes and even our brand choices.

It’s not too late to make our resolutions anew, asking this time, Are we making concrete plans to achieve a desired result? Or are we just exorcizing the contemporary equivalent of “evil spirits” to better convince our porous selves that we are buffered against the dangers of the toxic world? Opinion
Ready to try an old approach to a New Year’s resolution? The story of Saint Ignatius may provide some guidance 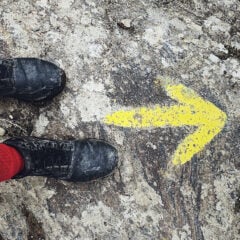 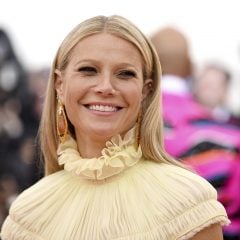