(RNS) — Employees at the American Bible Society have until the end of this month to sign a statement promising that they will attend church and abstain from sex before marriage, which it defines as between a man and a woman.

Anyone who doesn’t sign the Affirmation of Biblical Community will be out of a job effective Feb. 1.

The new policy was introduced by the society’s board in December 2017, giving employees 13 months to decide whether to sign. While the statement essentially consists of conservative Christian beliefs, the effect of the policy will be to allow the society to terminate LGBT employees and unmarried heterosexuals who are not celibate. 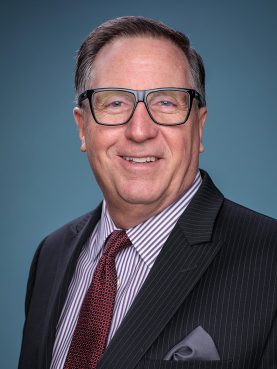 So far 36 people have quit their jobs, only a slightly higher number than in previous years, according to Roy Peterson, the society’s president and CEO.

Those departures represent a little less than 20 percent of the society’s workforce. But several have explicitly resigned in protest of the affirmation, and more are expected to resign by the end of the month.

In a statement responding to questions from Religion News Service, Peterson said the affirmation policy “was introduced because we believe a staff made up of people with a deep and personal connection to the Bible will bring unity and clarity as we continue our third century of ministry.”

At least one board member may be a casualty of negative reaction to the new policy. Angela F. Williams, the CEO of Easter Seals, a nonprofit providing disability services, resigned earlier this month. She had served as vice president of the American Bible Society’s board.

Williams would not comment on why she stepped down, but her departure came a week after a former American Bible Society employee, Jeremy Gimbel, confronted Easter Seals on social media, asking why its CEO serves on the board of an organization that “discriminates against LGBT individuals.”

Easter Seals does not discriminate on the basis of race, color, national origin, religion, sexual orientation, gender identity or marital status, according to a 2014 policy manual.

“I feel like the world needs to know what this organization really stands for,” said Gimbel, a gay man who had worked for the American Bible Society for 10 years as a web services manager before quitting last year after the affirmation policy was introduced. 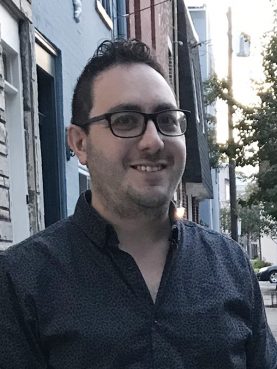 Jeremy Gimbel, a 34-year-old gay man who had worked for the American Bible Society for 10 years, quit after the ABS adopted a new affirmation policy. Photo courtesy of Jeremy Gimbel

He penned a blog post about the experience in which he wrote: “I don’t think anything could have prepared me for how it would feel to sit amongst my colleagues, some of whom I’d worked beside for almost 10 years, and be told by the president of American Bible Society that I was no longer welcome there. No longer wanted. No longer good enough.”

Another gay man who said his position was eliminated last month told of numerous vacancies and at least one department gutted.

“The people they have lost have hurt this company like you wouldn’t believe,” he said. He declined to be named because his severance package requires him not to say anything negative about the organization.

The policy cements a shift that began in the 1990s for the organization — founded in 1816 to publish, distribute and translate the Bible — away from its ecumenical roots toward a narrower evangelical identity.

Beginning in the 1990s, the American Bible Society changed its constitution to make it a ministry that undertakes “Scripture engagement.” Previously the charter said the society published Bibles “without note or comment.”

Last year, the organization scuffled with a group of academics who protested the American Bible’s Society’s recently acquired .bible domain name because it excluded any group with a scholarly or secular orientation from using the internet network address. Its policies prohibit any content that “advocates belief in any religious or faith tradition other than orthodox Christianity or Judaism,” barring those critical of religious traditions or views considered unorthodox by ABS.

Since the introduction of the affirmation policy, the American Bible Society has also moved ahead with plans to open a $60 million museum on Independence Mall in Philadelphia on the ground floor of its headquarters. The Faith and Liberty Discovery Center, which is slated to open next year, will “demonstrate how the Bible has changed those who changed America,” said Peterson.

Local Projects, the group that designed the National September 11 Memorial and Museum in New York City, is developing the interactive exhibits, which include five galleries and a 3D immersive theater.

“The Faith and Liberty Discovery Center invites visitors of all backgrounds to discover the relationship and role of faith and liberty in fostering core American values and to discover what these values mean for themselves,” Peterson wrote.

The museum is expected to draw 250,000 visitors annually.