GREENVILLE, S.C. (RNS) — Soon after Sue Barrise moved to South Carolina from New Jersey, she found herself with a new home and the time and energy to foster a child.

On TV and on the radio, she heard ads about a foster care agency named Miracle Hill. The 82-year-old organization popped right up on her screen when she did an internet search for foster care agencies.

That seemed like the natural place to start her inquiry.

But when she called Miracle Hill Ministries to find out more about the application process, she did not get past the first question: What church do you attend?

When she said she attended St. Mary Magdalene Catholic Church, the call ended.

“I don’t remember the exact words,” Barrise said. “But it was pretty much, ‘Sorry, we can’t help you.’”

Barrise, a 63-year-old former schoolteacher, later got her foster care license through the state Department of Social Services. In 2016, she fostered a 1-year-old girl for a year. 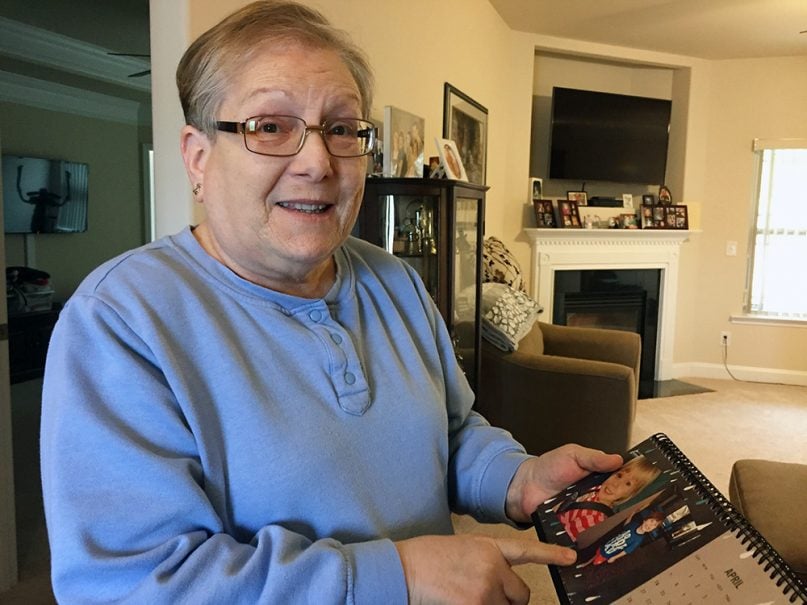 Sue Barrise fostered a child after she got her foster care license through the South Carolina Department of Social Services. A Catholic, Barrise was rejected by Miracle Hill Ministries. RNS photo by Yonat Shimron

But Miracle Hill’s question about where she worshipped left her puzzled.

“Does it matter which church?” she wondered.

For Miracle Hill, it does. The foster care agency accepts only Protestant, churchgoing people to its federally funded foster care program and requires participants to sign a statement of faith.

“We are an arm of the Protestant church,” Reid Lehman, Miracle Hill’s CEO, told Religion News Service recently. “We exist to be a mission arm of Protestant churches and to proclaim Protestant faith. It’s not a judgment or an exclusion. It’s simply that we’re going to be consistent with that.” That exclusion has put Miracle Hill and South Carolina right in the middle of the latest religious freedom skirmish being waged across the country.

While many of the recent battles have tested the reach and teeth of municipal and state anti-discrimination ordinances over cake-bakers, florists and photographers refusing service on religious grounds, the Miracle Hill story has triggered a different question: Can faith-based social service providers who receive federal funds refuse to license people who don’t share their faith?

While civil rights organizations and non-Protestant religious groups are gearing up to test the response in the courts, at least one other state hopes to win an exemption similar to the one provided to South Carolina.

Texas adopted a state law that offers child welfare service providers an avenue to refuse service when it conflicts with the provider’s “sincerely held religious beliefs.”

Last month, Texas Attorney General Ken Paxton sent a letter to HHS asking that it repeal the regulation barring religious discrimination. If the regulation, put in place by President Obama at the end of his second term, is not repealed, Paxton asked HHS to grant Texas an exemption.

Lynn Johnson, assistant secretary for children and families at HHS, says the issue is a matter of religious freedom.

“The government should not be in the business of forcing foster care providers to close their doors because of their faith,” Johnson said in a statement announcing the South Carolina exemption. “Religious freedom is a fundamental human right.”

But in South Carolina, the exemption is already rankling Catholics and Jews who are religious minorities in a state where two-thirds of adults identify as Protestant, according to Pew Research.

The Rev. Dwight Longenecker, pastor of Our Lady of the Rosary Catholic Church in Greenville, said the government exemption is wrong.

Jews in Greenville are likewise upset.

“If this were reversed and a Jewish organization that took public money said it would not place children in Christian homes, I could hear across America the religious right screaming bloody murder,” said Rabbi Mathew Marko of Greenville’s Congregation Beth Israel.

The exemption is particularly disappointing, they say, because Miracle Hill does great work in the community.

A sprawling ministry that runs homeless shelters, thrift stores, drug-recovery programs and a foster care agency, Miracle Hill is the largest provider of care to the needy in the Upstate, the 10-county westernmost region of South Carolina, along the Interstate 85 corridor.

The ministry employs 352 people and has an annual budget of $17 million. While it takes no government money for its adult programs, four years ago the ministry began taking federal and state dollars for its foster care program.

Miracle Hill now supports 230 licensed couples but the need is far greater. At last count, there were 4,624 children in foster care but only 2,786 licensed foster providers, according to the state Department of Social Services.

South Carolina has 20 child placement agencies. But eight of those agencies are classified as therapeutic, meaning they only serve children with complex needs as a result of physical or emotional trauma. That essentially narrows the options for many foster parents to 12 agencies, including Miracle Hill.

Parents who have fostered children through Miracle Hill praise it for offering outstanding support to foster parents — far better than the state DSS office, burdened by high caseloads and multiple bureaucratic mazes.

Patti Sult, who has welcomed some 20 foster children into her home over the past decade, can attest to that.

At first, she and her husband, Bill, sought out a license through the Department of Social Services. After several frustrating experiences they switched to Miracle Hill and eventually fostered and then adopted a boy and a girl.

“You’re a number. That’s basically all you are,” Sult said, referring to the state provider. “And that’s sad because you need guidance. It’s nothing to wait a week or two to get a reply back from the caseworker.”

In one case, said Sult, she waited six months for a return phone call from the DSS office to ask questions about a foster child the state had dropped off at her home.

Miracle Hill, by comparison, treats foster parents promptly, politely and professionally, she said. Parents receive regular home visits from caseworkers, a monthly clothing allowance to the ministry’s network of thrift stores and an abundance of donated toys. Miracle Hill caseworkers accompany parents to all court hearings and offer parents support and prayer — not only during the time children were placed in their homes, but also after the children left.

“They knew who I was when I called,” said Sult. “They booked their monthly meetings with us around our schedule. Everyone is just so personable.”

For Miracle Hill, that comes with the territory. It is first and foremost a ministry, not a social service agency, its CEO said.

That distinction also means the parents that Miracle Hill recruits ought to share the ministry’s faith, he said.

“The standard is that if they’re going to have a spiritual influence on our clients, we want to have a common identity with shared common values,” he said.

Civil rights groups say that if Miracle Hill receives goverment funds, it has to abide by federal rules, including nondiscrimination laws. Excluding foster parents on the basis of religion, they argue, is wrong.

“To say a subset of Christians can get a choice of any agency out there and pick the one that best matches their needs, and other families all get a smaller subset, is bad for children because it means some families will not get the appropriate agency and we lose out on families,” said Leslie Cooper, deputy director of the LGBT and HIV project at the American Civil Liberties Union in New York. 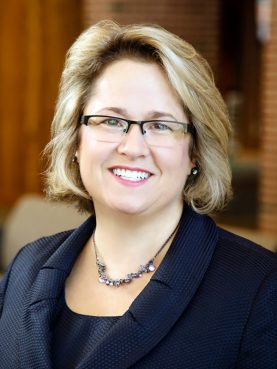 Robin Fretwell Wilson, a lawyer, said there’s a better approach. Wilson, who teaches law at the University of Illinois at Champaign, said the government ought to issue parents a certificate they can take to the foster care agency of their choice.

Wilson, who advised Utah lawmakers in drafting a bill that bans discrimination against LGBT people while also protecting religious institutions, disagrees with the way the foster care system is set up.

The state should choose foster parents and then send them out to work with agencies, she said, rather than have agencies pick and choose based on religion or other factors.

“You have families that are told, ‘No. You’re not the right people,’” said Wilson. “We can’t have that. We need the funding to follow the family. That way we respect the family by giving them the certificate and allowing them to spend it where they want and they’re never forced into a place that will say ‘no’ to them.”

For Barrise, the former schoolteacher who fostered a 1-year-old girl for a year, the experience of being rejected by Miracle Hill because of her faith prompted her to start a support ministry for foster parents at her Catholic church, the largest in the Upstate. She is just getting started, but hopes to be of help to other parents as they navigate what she said is an exhausting and frustrating licensing process.

Barrise said she is puzzled by Miracle Hill’s rejection.

“I just don’t understand, you know?” she said. “These kids are all over the place and they’re not going to care what religion you are. They just want a safe place in a loving home and a little more consistency.”