(RNS) — Everyone needs to stop freaking out about Christian schools.

Though they made headlines in the past few weeks thanks to Karen Pence, wife of Vice President Mike Pence, these institutions are not nearly as interesting and exotic as the mainstream media supposes.

Neither should they be controversial.

Some people want a religious education for their children. The ones who can afford it will have it. Beyond that, most of what you’ve heard is bluster, and neither the subjects of news stories nor readers are better off for the brouhaha.

Karen Pence taught art at Immanuel Christian School in a Virginia suburb of Washington while her husband represented Indiana in the U.S. House of Representatives from 2001 to 2013.

When she returned to the school to take a part-time job a few weeks ago, The New York Times announced the move with a headline that read, “Karen Pence Is Teaching at Christian School that Bars L.G.B.T. Students and Teachers.”

A spate of articles and commentary followed, portraying the school and its constituents as alternatively alien and sinister, a mostly hidden but very dark force that journalists and activists would have to expose.

The truth, as anyone with even basic religious and cultural literacy knows, is that these types of private evangelical Protestant schools gather around faith commitments that include, among beliefs about God, Jesus, the Bible, etc., the view that marriage is between a man and a woman and that sexual relations outside such unions are sinful.

This belief may not poll well in elite media newsrooms. But if reporters or columnists find this shocking, I would respectfully submit that they need to get out more.

The story about Karen Pence was engulfed by a much larger story involving an encounter between some students from Covington Catholic High School and a group of protesters at the Lincoln Memorial. The Catholic boys were on a school trip to attend the March for Life. 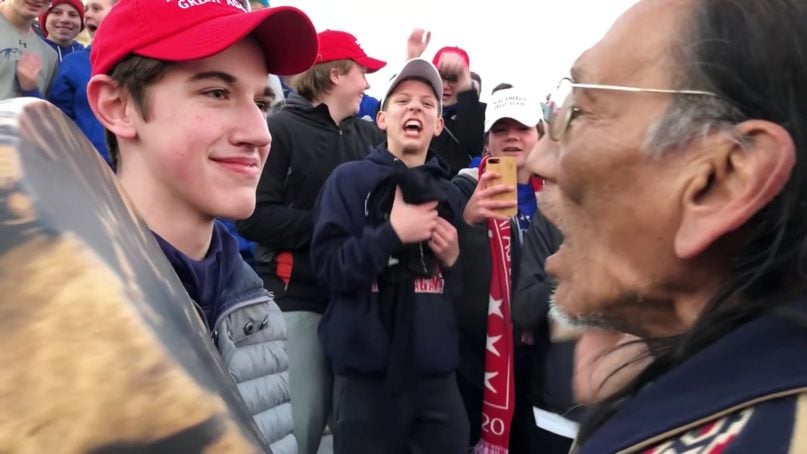 As is well known, some of the students acted disrespectfully and became poster boys for white privilege, after which a PR firm intervened and led them and the school on an image rehabilitation tour.

Reporters descended on Covington to figure out just what kind of place this was. Other journalists solicited stories from people who attended Christian schools, and the hash tag #ExposeChristianSchools exploded across social media.

There are, to be sure, valid criticisms to be made of Christian schools.

Many of them were established in the 1960s and 1970s in response to cultural changes that included racial integration of public schools. Though you won’t find many that concede an explicitly racist founding, they are hardly vanguards of racial justice.

Christian schools do tend to fixate on policing gay sexual infractions more than straight ones. But in policy and (mostly) in practice, their view is that young people should exercise discipline and sublimate their urges because sex outside of marriage is a sin.

The difference, of course, is that straight students will presumably have a legitimate outlet (marriage), while gay people have to be celibate in order to be faithful. Many Christians of other stripes disagree, of course. And a great debate exists about whether Christian prohibition of nonmarital sex imposes a cruel or harmful burden on gay Christians who wish to abide by a traditional sexual ethic.

My own criticism is that these evangelical schools claim the adjective “Christian” in a way that deceptively implies that anyone who does not share their views is, in fact, not a Christian. This is familiar evangelical sleight of hand, most recently codified in a 2017 document called the Nashville Statement, which declared that Christians who affirm same-sex relationships and transgender identity are actually not Christians at all.

What the Nashville Statement and some journalists miss is that there is great diversity among Christians. Article 10 of the Nashville Statement. Screenshot

Christian schools, too, vary widely. Though smaller in number, most liberal Protestant schools accept and affirm LGBT people as part of their mission. The Roman Catholic Church, by contrast, operates more than 6,400 schools that share, at least officially, Karen Pence’s employer’s sexual traditionalism.

So do many schools run by and for Orthodox Jews and Muslims, but we don’t see breathless articles in the media about how they should be shamed, shunned or hounded out of existence. Objectionable moral views are disdained by the elite chiefly when held by white evangelicals.

A poignant but sad proof of the imperative to single out evangelicals for scorn came after the stories broke about Karen Pence’s ties to Immanuel Christian School. The Sheridan School, an elite private school in northwest Washington, D.C., responded by announcing that it would not compete against Immanuel Christian in athletics.

The letter from the Sheridan School’s headmistress to the school community is stunning in its self-congratulation, bad faith and ignorance. After learning about Karen Pence’s new job, it relates, the Sheridan athletes first considered wearing rainbow socks and warmup jerseys to away games at Immanuel. But Immanuel was deemed an “unsafe” environment, as the coddled children of the Washington elite should not endure playing basketball with evangelical kids, and Sheridan decided to cancel all athletic competitions against Immanuel.

The Sheridan School’s decision unwittingly gave the evangelicals, already primed to think of themselves as persecuted, a feather in their cap.

They recall the words of Jesus, who warned that they would face revulsion, saying, “Rejoice, and be exceedingly glad, for great is your reward in heaven.”

Journalists and “woke” elites’ grandstanding overreaction will look silly in retrospect. Worse, it will be difficult for people with different religious beliefs to coexist in the public square if we cannot even let our kids play basketball together. Teach your children well.

The Sheridan School sports teams may forfeit a ballgame. But unless we treat our neighbors who believe differently with grace and tolerance, we risk forfeiting our heritage and future as a pluralistic society.