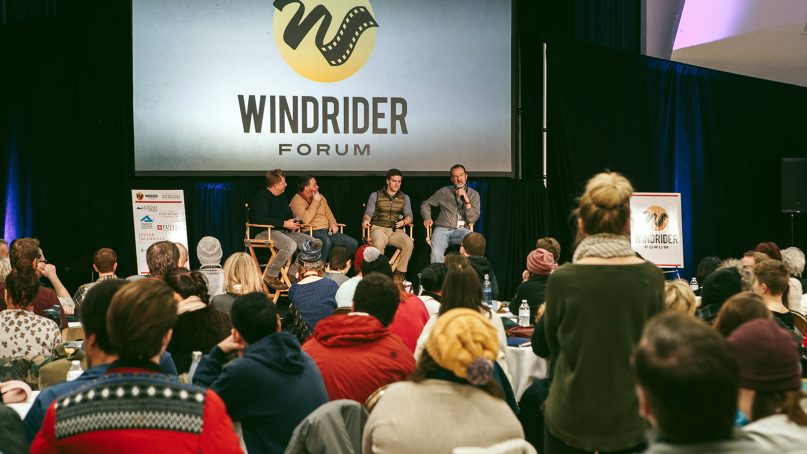 A panel takes questions from attendees at Windrider Forum during the 2017 Sundance Film Festival in Park City, Utah. Photo courtesy of Jonathan Cipiti/Windrider

(RNS) — More than 200 seminary and Christian college students, faculty and others who view films through the eyes of faith attended the Sundance Film Festival in Park City, Utah, recently. They joined the nearly 125,000 celebrities, directors, producers, distributors, publicists, critics and fans who were attending the independent film festival, hosted annually in the small town.

The students were part of Windrider Forum, an initiative that began in 2005 with a few dozen students from Fuller Theological Seminary and Biola University. Now an official partner with the festival, Windrider hosts screenings for students from more than 20 Christian schools.

Keri Putnam, executive director of the Sundance Institute, welcomed the Windrider group to the festival, the key industry event for independent films made outside of the Hollywood production system. Putnam sees Windrider as a way to reach the faith community with story-driven films that probe important issues.

Windrider participants attended a private screening of “Clemency” and had an intense question-and-answer session with the director and producer of the film, which won the festival’s top prize: the U.S. Dramatic Grand Jury Prize Award. 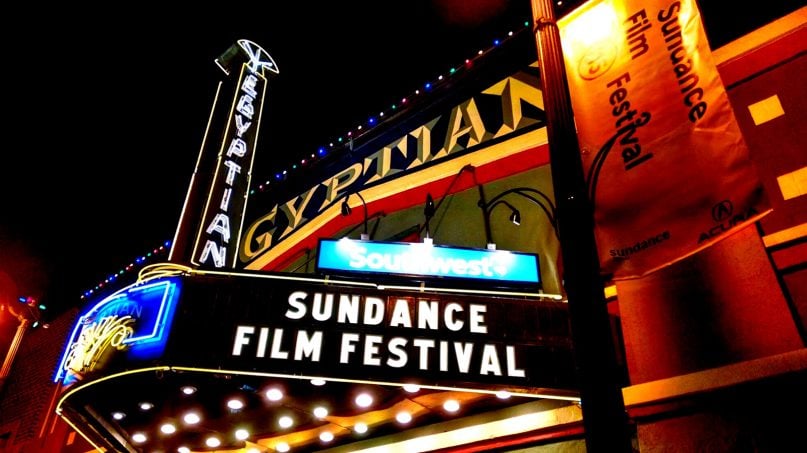 The Egyptian Theatre is an iconic venue of the annual Sundance Film Festival in Park City, Utah. Photo by Travis Wise/Creative Commons

“Clemency,” which explores issues of life, death and capital punishment, stars Alfre Woodard as prison warden Bernadine Williams, a woman worn down by carrying out too many executions who is changed by the human connection she establishes with a man she is scheduled to kill.

Another award-winning film to explore religious themes was the short film “Ghosts of Sugar Land,” about a group of young Muslim-American men in Texas who think one of their friends has joined ISIS. The film won the Short Film Jury Award: Non-fiction.

Jelyn Leyva, who is pursuing a master’s degree in art and theology at Fuller, said she was inspired by some of the independent dramas and documentaries she saw during the festival.

“I’m way more aware of the role independent films play in storytelling,” she said. “And as a theologian, these stories help me understand how people derive their meaning.”

Windrider Institute CEO John Priddy is an entrepreneur, filmmaker, and Fuller graduate. He said independent films “provide a place for people to avail themselves of stories that illuminate the human condition and address life’s ultimate questions.”

Priddy came to Sundance in 2004 with his brother Ed, Biola instructor Craig Detweiler and Fuller staffer Will Stoller-Lee to explore the possibility of hosting a class there.

He sees independent filmmakers as “prophets, poets and sages of our time who are wrestling with stories that we will be encountering in the next year or two.” 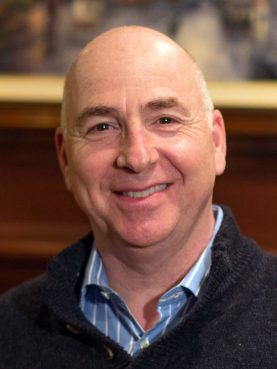 Windrider students are taught to engage in active listening, told to turn off their electronic devices and are exposed to stories and conversations that often challenge their assumptions or beliefs.

Priddy admitted that some students struggle with “dark and difficult” independent films shown at the festival. But he said many Sundance offerings explore religious and theological themes in unexpected ways.

For example, last year, a Sundance Grand Jury Prize was awarded to “The Miseducation of Cameron Post,” the story of a teenaged girl whose sexual encounter with another girl leads her devout Christian aunt to send her off to a church-run gay conversion therapy center. Meanwhile, an audience prize was awarded to “Burden,” which was based on the true story of a Klansman who comes to faith and repents of his racism with the help of an African-American pastor.

This year’s festival included a panel on religion and film called “Leaps of Faith.”

Priddy said the true stars of Windrider at Sundance are the members of the Park City, Utah, faith community, who make the Forum possible in a small town of just over 8,000 people that can be overwhelmed by the annual film fest.

“Our movie screening venue is the gymnasium of the local Latter-Day Saints Church,” said Priddy. “The Christian Center of Park City hosts our classes, receptions and small group meetings. And members of St. Mary of the Assumption Catholic Church found more than 40 host homes for our students. It’s the church at its best.” Student attendees listen to panelists at the Windrider Forum during the 2017 Sundance Film Festival in Park City, Utah. Photo courtesy of Jonathan Cipiti/Windrider

Phil Allen Jr., the founding pastor of the Own Your Faith congregation in Santa Clarita, California, said his week at Sundance was “transformative.”

“The films that impacted me the most were the documentaries, many of them centered around race,” said Allen, a Fuller student who is pursuing a doctorate in ethics with a minor in theology and culture. Allen said his father and grandfather were killed in racially motivated attacks that were never prosecuted. He hopes someday to produce a film about their story.

“Independent filmmakers are not afraid to tell the unpopular perspective, to be the voice of the voiceless or to make people uncomfortable,” he said. “They’ve made me more bold to tell my own story.” 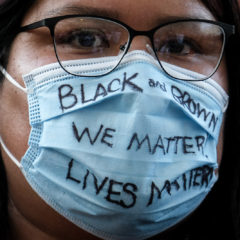