(RNS) — Each week Religion News Service presents a gallery of photos of religious expression around the world. This week’s gallery includes the first-ever papal visit to the Arabian Peninsula, the enthronement of the new head of the Orthodox Church of Ukraine, and more. 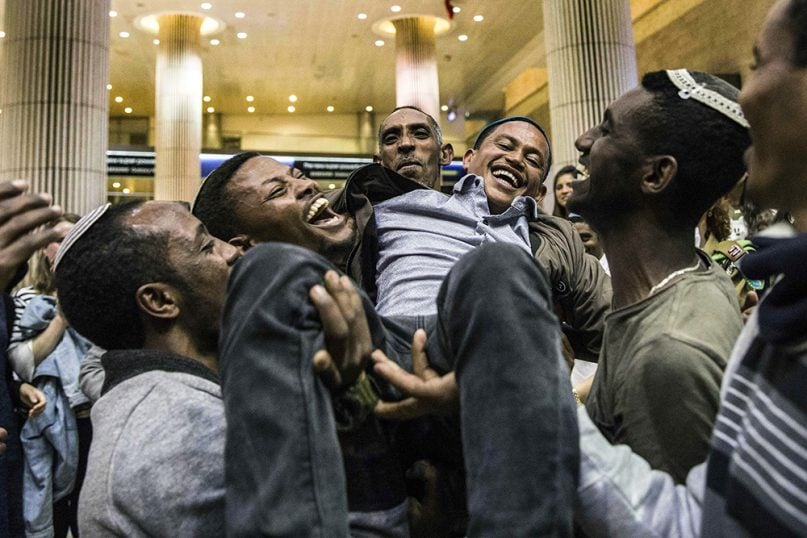 An Ethiopian Jew reunites with his family at the Ben Gurion Airport near Tel Aviv, Israel, early Feb. 5, 2019. Nearly 100 Ethiopian Jews landed in Israel in the first wave of new immigration since the government said last year that it would let some of the 8,000 remaining community members join relatives in Israel. (AP Photo/Tsafrir Abayov) 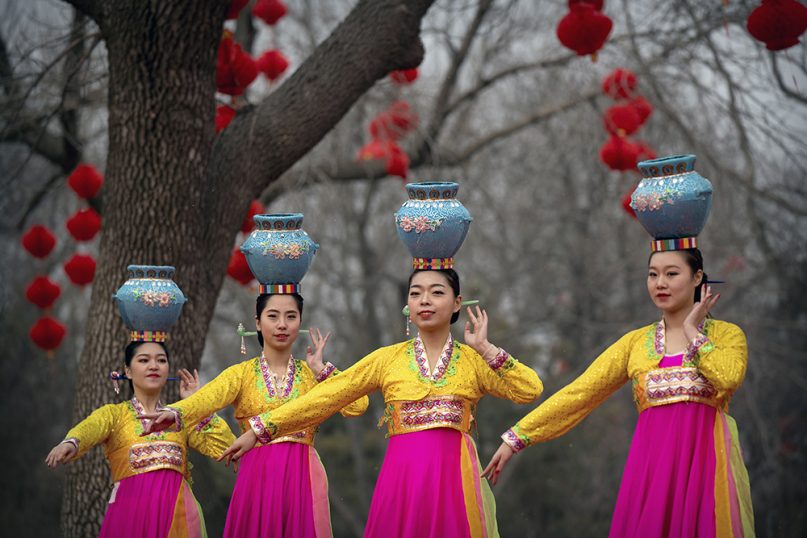 Dancers in traditional ethnic clothing perform at a temple fair at Longtan Park in Beijing, China, on Feb. 6, 2019. Chinese people are celebrating the second day of the Lunar New Year, the Year of the Pig on the Chinese zodiac. (AP Photo/Mark Schiefelbein) 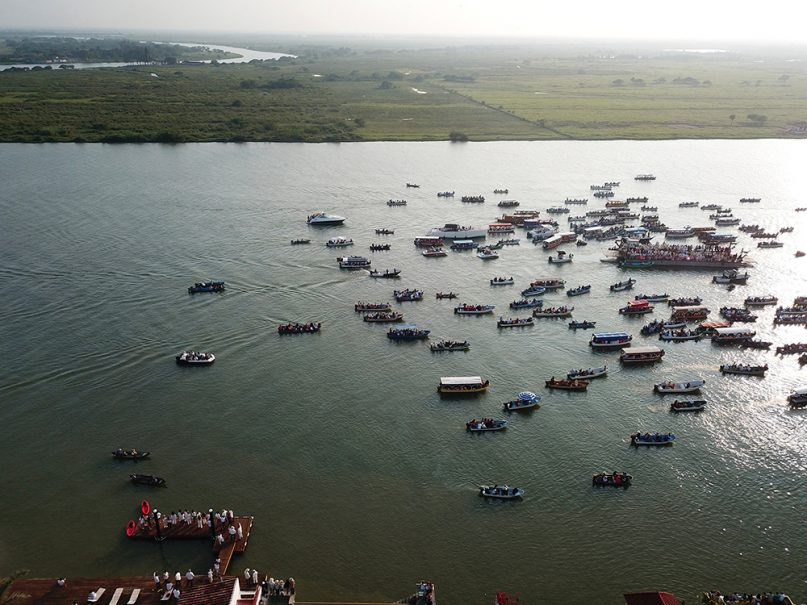 Boaters participate in the procession of the Virgin de la Candelaria on the Papaloapan River in Tlacotalpan, Veracruz, Mexico, on Feb. 2, 2019. Candelaria, in many areas called Candlemas, marks the end of the Christmas holidays when the baby Jesus was presented in the Temple. RNS photo by Irving Cabrera Torres 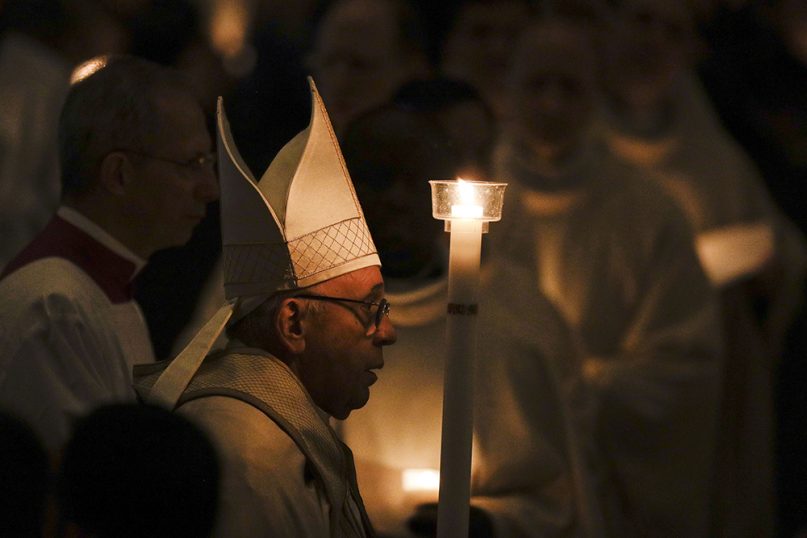 Pope Francis holds a candle as he arrives to celebrate Mass with members of religious institutions on World Day for Consecrated Life in St. Peter’s Basilica, at the Vatican, on Feb. 2, 2019. (AP Photo/Gregorio Borgia) 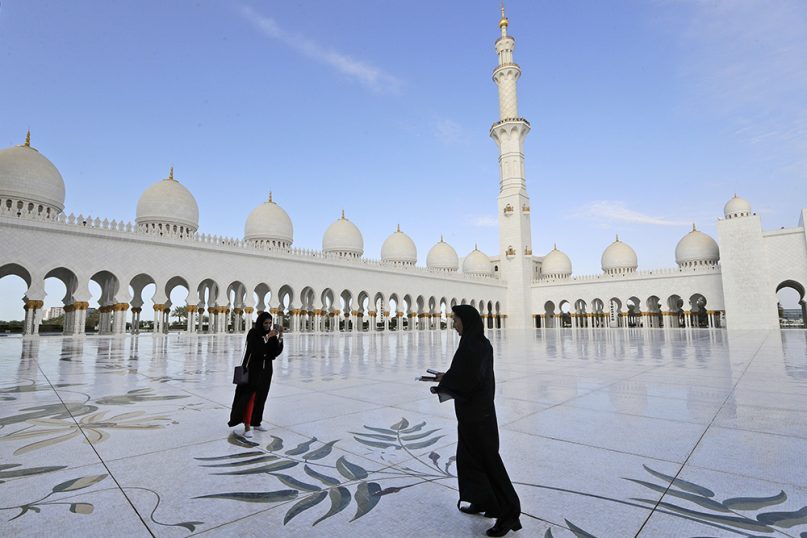 Two women take pictures outside the Grand Mosque of Sheikh Zayed, in Abu Dhabi, United Arab Emirates, Monday, Feb. 4, 2019. Pope Francis has arrived at the presidential palace to officially start his historic visit to the United Arab Emirates as canons boomed and a military aircraft flew over trailing the yellow and white smoke of the Holy See flag. (AP Photo/Andrew Medichini) A child dressed as Ekeko competes at the Alasita miniature fair’s Ekeko costume contest in La Paz, Bolivia, on Feb. 5, 2019. Ekeko, a pre-Columbian civilization god of abundance and prosperity, is often depicted as a short, pudgy, mustached man who wears traditional Andean clothes and carries tiny items the people believe will bless them with better lives in the coming year. (AP Photo/Juan Karita) 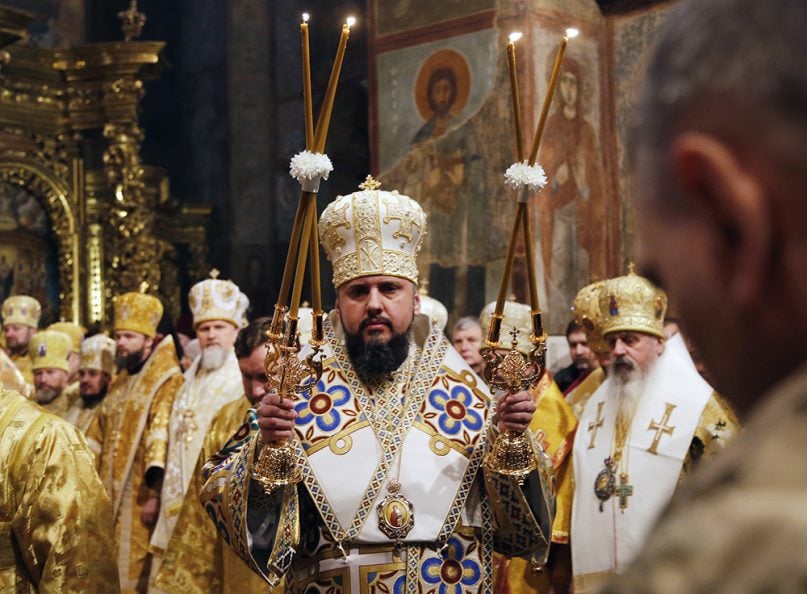 Metropolitan Epiphanius, the newly elected head of the Orthodox Church of Ukraine, Metropolitan of Kyiv and All Ukraine, conducts service during his enthronement in the St. Sophia Cathedral in Kiev, Ukraine, on Feb. 3, 2019. Epiphanius has been elected to head the new Ukrainian church independent from the Russian Orthodox Church. (AP Photo/Efrem Lukatsky) 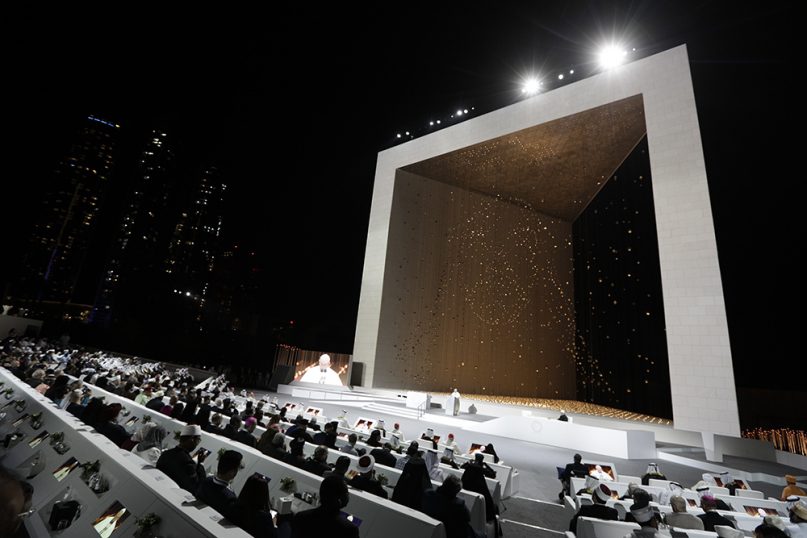 Pope Francis speaks during an interreligious meeting at the Founder’s Memorial in Abu Dhabi, United Arab Emirates, on Feb. 4, 2019. Pope Francis’ visit was the first-ever papal trip to the Arabian Peninsula, the birthplace of Islam. (AP Photo/Andrew Medichini) 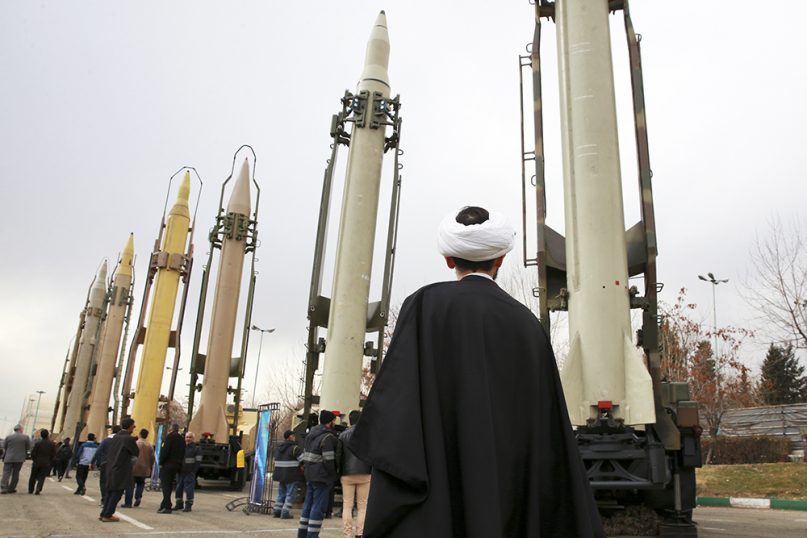 People burn joss sticks as they pray at the Man Mo Miu Temple on the second day of the Lunar New Year in Hong Kong, on Feb. 6, 2019. Chinese are celebrating the Lunar New Year, which marks the Year of the Pig on the Chinese zodiac. (AP Photo/Vincent Yu) Thousands of Hindu devotees take dips at Sangam, the confluence of three sacred rivers, the Yamuna, the Ganges and the mythical Saraswati, on Mauni Amavsya, or the new moon day, the most auspicious day during the Kumbh Mela, in Prayagraj, Uttar Pradesh state, India, on Feb. 4, 2019. The Kumbh Mela is a series of ritual baths by Hindu sadhus, or holy men, and other pilgrims at Sangam that dates back to at least medieval times. Pilgrims bathe in the river believing it cleanses them of their sins and ends their process of reincarnation. The event, which UNESCO added to its list of intangible human heritage in 2017, is the largest congregation of pilgrims on earth. Some 150 million people are expected to attend this year’s Kumbh, which runs through early March. (AP Photo/Rajesh Kumar Singh)