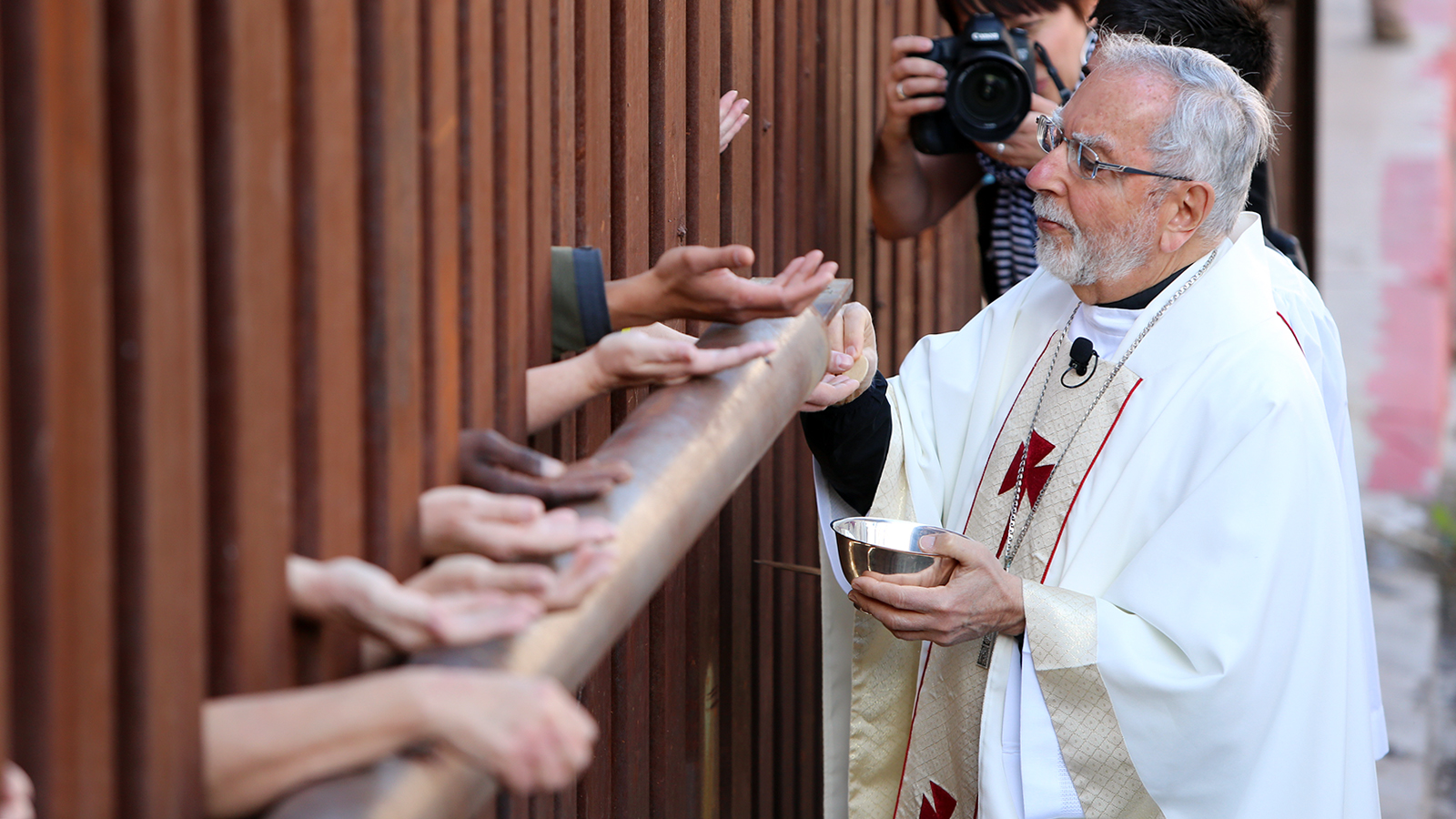 (RNS) — A group Catholic bishops from the U.S. and Mexico joined social justice groups for what organizers described as an "emergency" summit this week in El Paso, Texas, where leaders voiced opposition to President Trump's immigration policies regarding asylum-seekers and the construction of a new border wall.

“Our nation, the United States, has expressed that we are in a ‘national emergency,’” said Archbishop Gustavo García-Siller of San Antonio at a news conference that ended the gathering on Wednesday (Feb. 27). “Well, we were at the border yesterday. The emergency is not here. The emergency is what people are going through to try and come here to have peace, to have understanding, to have respect and to have a genuine welcome.”

García-Siller then called the president's rationale for a national emergency declaration “a lie.”

He later explained to Religion News Service that he believes the real border issue is what he described as the federal government's mistreatment of Central American immigrants who travel to the U.S. seeking asylum.

"The crisis is what people go through, leaving their country, going through Mexico, arriving in the U.S., asking for political asylum and then not to be attended to — that is where the crisis comes in," he said.

The "emergency" Feb. 25-27 meeting was organized around a standing biannual conference of “Tex-Mex” bishops and other clerics whose diocese are impacted by immigration across the U.S.-Mexico border.

It included a visit from the Rev. Robert Stark, Pope Francis' representative from the Vatican's Migrant and Refugees Section, who was invited by bishops and summit organizers to attend. García-Siller said Stark has attended Tex-Mex bishops gatherings in the past but that his brief remarks to the summit focused on highlighting the rise of anti-immigrant sentiment worldwide.

"He shared with us that this attitude is not just along the U.S. border with Mexico, but is pretty much prevailing in many places in the world," he said. "This is very serious."

Bishop Mark J. Seitz of El Paso explained during Wednesday's news conference that the bishops and the advocacy groups intersected as they responded to a bevy of border-related polices implemented by the Trump administration in recent months.

Marisa Limón Garza, deputy director of the Hope Border Institute, said the summit had been assembled over the past six weeks partly in response to the federal government’s new policy of forcing asylum-seekers to wait in Mexico while their claims are processed instead of in the United States — what advocates at the summit called the “the remain in Mexico plan.”

But there was no question that the meeting gained urgency with the national emergency declaration earlier this month. “We say no to the construction of the wall,” said Dylan Corbett, head of the Hope Border Institute, at the news conference. “We say no to the symbol of hate and division that it is. We say no to the turn-backs and the illegal stopping of asylum-seekers at our ports of entry.”

Other groups who sent representatives to the conference include the Catholic Legal Immigration Network, Center for Migration Studies, Council on American-Islamic Relations and Reconstructionist Rabbinical Association.

Limón Garza said participants spent much of the week brainstorming new forms of advocacy and participated in a binational interfaith prayer service that featured worshippers on both sides of a border fence.

García-Siller said the Tex-Mex bishops, who included prelates from Saltillo and other Mexican cities, are preparing a statement to voice their concern about the “remain in Mexico” policy.

"We are opposed because that (policy) has a lot of consequences,” he said.

September 21, 2020
Related Posts
By Simran Jeet Singh
How corrosive politics make us all less safe
By Yonat Shimron
Franklin Graham borrows a tactic from the left with his Saturday prayer march
By Lisa Mascaro
With 'profound sorrow': Ginsburg lies in state at US Capitol
By Elana Schor, Jack Jenkins
Trump's Israel strategy makes few inroads with Jewish voters
By D.L. Mayfield
How a Sean Feucht worship service convinced me I am no longer an evangelical