(RNS) — On March 5, Fat Tuesday, Paul Begala, a consultant for CNN and veteran D.C. insider who has spoken publicly about his Catholic faith, made a public act of contrition, tweeting:

“I love Twitter, but I fear it’s making me more superficial, snarky, and judgmental – flaws I already have in abundance,” Begala announced. “So I’m giving up Twitter for Lent. I want to apologize in advance to my neighbors for shouting out the window in rage for the next 40 days.”

Then he signed off.

Begala wasn’t the first to admit his Twitter sins.

In February, columnist and cable news commentator Kirsten Powers, who has spoken in many forums of her conversion and Christian faith, also committed to a Twitter timeout. Then she apologized for being part of a “dangerously toxic culture” on social media.

“I want to stand on the side of justice and equality but also of grace and I have failed to do that. Part of grace is recognizing my own fallibilities and imperfect judgment and reminding myself that there but for the grace of God go I,” she wrote in one of a series of tweets.

Powers’ “mea culpa” moment, and her willingness to shift gears in a more positive direction, was “the kind of attitude we need more of, because the country is deeply polarized,” said Peter Wehner, senior fellow at D.C.’s Ethics and Public Policy Center and a veteran of three Republican administrations.

“It takes some of the worst aspects of human nature, amplifies them and sends them out into the world unfettered,” he said.

Wehner suggested that pundits and others who are public about their faith affiliation need to be aware that they are seen in that light, and act accordingly to the tenets of that faith.

Part of his own social media strategy includes posting nonpolitical content to his feed, sprinkling it with quotes from Christian authors such as Frederick Buechner and other books he’s reading. 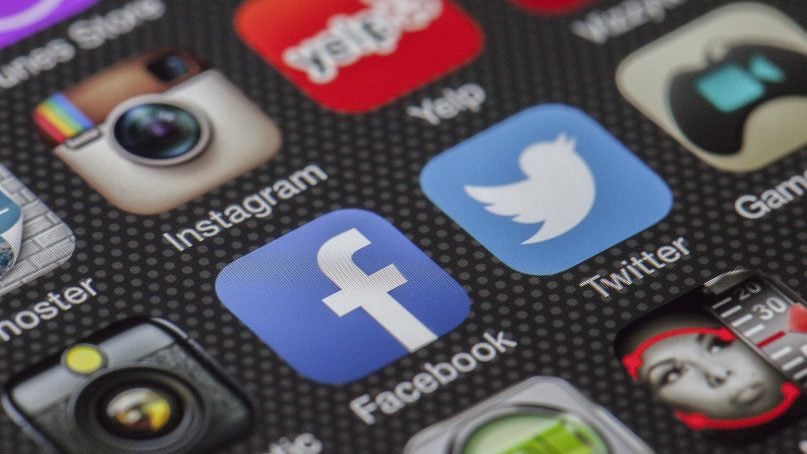 On the other hand, Wehner said, his faith obligates him to speak out. “I have no problem calling out individuals with bad ideas. That can be a useful thing. Jesus used strong language.”

Christian activist Lisa Sharon Harper said Powers’ tweets (and her follow-up “confessional” in USA Today) made her rethink her relationship with social media.

The power granted us by new technologies doesn’t give users the power to regulate themselves, she said. Instead, the platforms’ relative anonymity means that people say what they want, whenever they want, without repercussions, said Harper, founder and president of the consulting group FreedomRoad.us.

“The Bible tells us that words can be like double-edged swords,” she said. “Words do actually have the power to harm me or cause me to hurt people.”

Harper said she feels obligated to call out cruelty and injustice online, but not in a way that diminishes the image of God, in herself and in the person she’s addressing.

Harper has also become slower to respond on social media. If she gets a snarky comment, she said, she now resists the temptation to speak from her gut.  If it’s a troll, she ignores the tweeter. But if someone demonstrates that he or she truly wants to engage her, she will respond to the questions or comments if she has the time.

“As part of our spiritual formation, we must include not only our inner life and ministry, but also the way we engage that social media space online,” she said.

Matthew Dowd, a former Bush-Cheney political strategist and now an ABC news analyst, has made a routine of thoughtful tweeting, intentionally trying to bring people together rather than dividing them, he said.

“It’s what Christ calls us to,” said Dowd, who grew up Catholic but now attends an interdenominational church. “Loving our enemies and treating somebody like you want to be treated: These things are elements of the gospel.” That includes when you’re getting torched online. “If you respond to hate with hate, that will never fix the problem.”

Dowd tweets uplifting content in the morning, often including poetry and Scripture. Then, during the heat of the Twitter day, he tries to take frequent breaks, returning in the evening to offer reflections on the day’s events.

“I think people need a discipline and they need a practice” on Twitter, he said.

Sometimes journalists must figure out how to respond not only to seemingly random attacks, but a targeted harassment campaign. 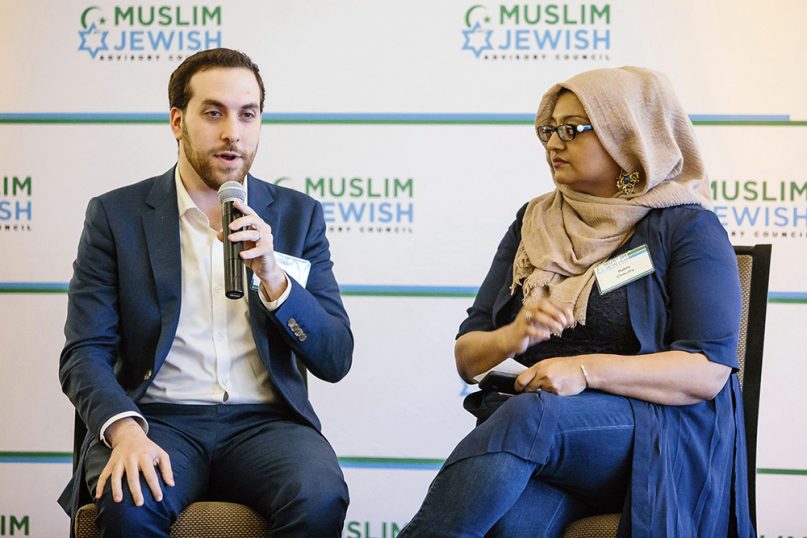 Writers Yair Rosenberg, left, and Rabia Chaudry attend an interfaith iftar in San Francisco on May 22, 2018. The Anti-Defamation League reported that Rosenberg received the second-most abuse of any Jewish journalist on Twitter during the 2016 presidential campaign. Photo courtesy of the Muslim Jewish Advisory Council

Several years ago the Anti-Defamation League found that during the 2016 presidential campaign, which was marked by rampant anti-Semitic tweets and memes, Yair Rosenberg of Tablet Magazine received the second-most abuse of any journalist on Twitter. Given that he’s gotten so much outright abuse and so many bad faith reactions, Rosenberg says he’s often too quick to make a snap judgment and react.

“I sometimes have to remind myself that many of the people engaging with my work are not coming at it from a place of bad faith, even though I get a lot of those people too,” he said.

Rosenberg said that taking a weekly break from tweeting while observing the Sabbath was also helpful.

“I still feel like I have room to grow,” he said.

Cherie Harder, president of the Trinity Forum, a Christian leadership institute, has chosen to make herself scarce on some popular platforms. Social media exchanges, she said, are often driven by conflict,  and she doesn’t need more of that in her life.

While churches have liturgies and practices that shape human desires and loves, social media can become its own form of liturgy, said Harder.

“It’s naive and self-deceptive to think that this (social media), on which we spend so many hours at a time, doesn’t shape us,” she said.

She said spending time on more traditional practices may be more helpful than following social media.

There’s a reason, she said, that Christians and Jews are called “people of the book.”

“There’s an emphasis on reading, thinking, prayer and the spiritual disciplines of silence and meditation,” she said. “That might run counter to the direction social media is taking us.”

Hemant Mehta, editor of FriendlyAtheist.com, regularly interacts with people of faith and other atheists online. While he doesn’t shy away from making a point on Twitter, he’s not out to pick fights, he said.

He tries to avoid shooting from the hip, particularly in public forums where he is trying to be fair but critical, he said.

“I think if I said something stupid, people would use that to criticize all atheists,” said Mehta.

Despite their flaws, Twitter and other social media platforms are likely to remain part of our lives. If that’s the case, said Dowd, people of faith will need to learn how to use them in a way that does the most good.

“I think of Twitter as I do fire and water,” he said. “Water can do great damage and drown people and fire can burn, but water can quench your thirst, and fire can warm you and light your way. The manner with which we engage with Twitter is the important part, not that it exists.”

News
Bart Barber wants the Southern Baptist Convention to regain its rural soul
Follow us on Facebook!
Submit your photos to RNS