JERUSALEM (RNS) — When Oleg Sidorov and his fiancee applied for a marriage license at their local rabbinate office, he assumed the process would run smoothly.

After all, Sidorov, who emigrated from Ukraine to Israel with his family when he was 5, attended Jewish schools in Israel and served in the Israeli military for a decade.

But he lacked the typical Judaism-related documents, such as circumcision certificates and ketubah marriage contracts from parents or grandparents, that Jewish couples are expected to present to the marriage registrar.

In the former Soviet Union, religious practices and institutions were outlawed for decades, so Sidorov’s parents and grandparents never received a ketubah, a Jewish marriage certificate.

Instead, the judges told Sidorov that the only way to prove his Jewishness was to ask his grandmother, who has dementia, to undergo a DNA test and compare the results with her siblings or cousins. 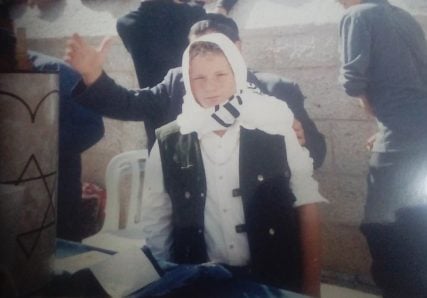 Following the rabbi’s suggestion wasn’t an option. Sidorov’s great-grandmother, who died 16 years ago, was the only one of her siblings to survive the Holocaust. His grandmother was an only child.  So there was no one to compare the results to even if she took the test.

“W­­­­hat blood relatives are we supposed to approach for DNA testing?” Sidorov asked, frustration in his voice.

Recent revelations that Israel’s Chief Rabbinate has been quietly pressuring some Jews to undergo DNA testing have shocked many Israelis and put the rabbinate on the defensive.

Rabbi Seth Farber, director of ITIM, an organization that helps people navigate the complexities of personal status in Israel, said he has handled about 20 DNA-related cases in the past six months, all of them for immigrants from the former Soviet Union.

Many moved to Israel under the Law of Return, which requires immigrants to prove (via documentation) that they had at least one Jewish grandparent.

Although the vast majority of the more than 1 million Soviet immigrants live Jewish lives, some 400,000 are not considered Jewish by the rabbinate, which oversees marriage in Israel.

“The Shulchan Aruch (Code of Jewish Law) says that we must trust individuals when they declare their Jewishness unless we have a major reason to question them,” he said. 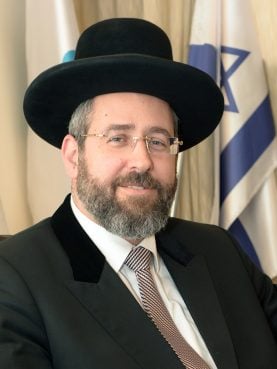 Israel’s 1965 Population Registry Law and 2000 Genetic Information Law operate on this principle. With few exceptions, they prohibit DNA testing for the purpose of determining maternity and paternity out of fears that such a test could prove that a child is a mamzer– born of a relationship forbidden by Jewish law.

Judaism welcomes converts. On the flip side, even if someone has Jewish ancestry, if his mother converted to another religion before he was born, that person is not considered Jewish.

“According to Jewish law, and that’s the way it should be in Israel, when someone brings papers attesting to their family’s Jewishness, they should be trusted,” Stav said. And even if a DNA test shows Jewish ancestry, “that doesn’t make a person Jewish.”

“What if one of his maternal ancestors from one of the generations converted out of Judaism?” he asked.

In a March 5 statement, Chief Rabbi David Lau acknowledged that the rabbinate has pushed for DNA testing “in a small number of cases.”

“It happens sometimes that someone claiming to be Jewish does not have the documentation to verify his claim, or alternatively there is a contradiction between his claims and what is discovered about him,” Lau said.

The rabbinate, he said, “would never force someone to do this, though. And it should be emphasized that a DNA test is not used to determine Jewish status in accordance with Jewish law and only to assist in the clarification process.”

Farber rejects Lau’s claim that the DNA tests are voluntary.

“Since there is a precondition to prove one’s Jewishness in order to get married, they are essentially denying someone a basic Jewish right,” Farber said. “The rabbinate’s use of DNA tests to prove a citizen’s Jewish identity is an affront to Judaism and also Zionism, which is built on the notion of the ingathering of the exiles. It discriminates against immigrants, particularly those from the former Soviet Union.” Oleg Sidorov, left, with his wife, made many attempts to prove his Jewishness for the rabbinical court. Photo courtesy of Oleg Sidorov

The rabbinate has since placed Sidorov on a list of people who are not permitted to marry under the auspices of the rabbinate, which has sole authority over marriage in Israel.

There is no civil marriage.

He and his wife were married in a Jewish ceremony in Israel, but the marriage is not recognized by the rabbinate. Not long afterward the couple were civilly married in the nation of Georgia, which allowed them to register in Israel’s interior ministry as a married couple.

“I’ve passed beyond the point of anger, and now I’m just disappointed,” Sidorov said. “I know I’m a Jew. My mother is Jewish. My grandmother lit Shabbat candles even though she could have been imprisoned if her Ukrainian neighbors had reported her. If that doesn’t prove she is Jewish, I don’t know what does.”