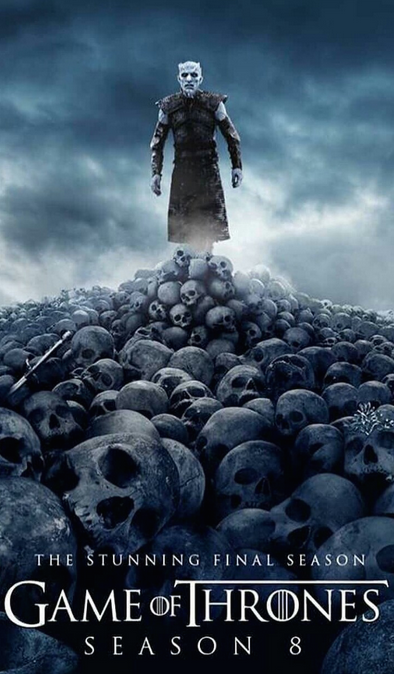 Warning: This post contains spoilers through the end of Season 7. Also, winter is coming. But you probably knew that.

There’s a scene in Season 2 of Game of Thrones in which a high priestess for whom red is the new black gives birth to a . . . thing. A smoke monster, writhing and fearsome. Which then proceeds to murder her master’s chief rival for the throne.

Fair enough. This is Game of Thrones, after all; any candidate for power is also a prime candidate for gruesome death. But what’s different and unexpected about HBO’s hit show is that the smoke monster and many other mysterious events aren’t just drawing upon a technology of magic, like other products of the fantasy genre. They are the byproducts of functional, powerful religions.

These religions are legit—with one glaring exception we’ll get to in a minute.

Consider the priestess, aka the “Red Woman,” aka Melisandre. (Characters on GOT tend to have at least three different names or titles. Just run with it.) She serves the “Lord of Light,” R’hllor, who demands not only his followers’ loyalty in exchange for miracles but also their exclusivity: some of the more violent story arcs of the show stem from the fatal iconoclasm as members of the “Red Brotherhood” destroy the statues—and devotees—of other faiths.

Yet following the Lord of Light has its up side, offering miracles in spades. Future events can be divined by gazing into flames, for example. And death has little meaning because resurrection is an attested reality—not just once but several times over. Unlike in traditional Christianity, where Jesus was raised from the dead to save others from sin and grant them eternal life, resurrections on Game of Thrones are often for the purpose of exacting revenge on enemies. These resurrections exhibit little love, but much power.

And power is what matters on Game of Thrones. While the Lord of Light, like the “mother of dragons” Daenerys Targaryen, uses fire to subdue enemies, their common enemy—the stuff-of-nightmares Night King currently marching from the north—marshals all the power of ice and death. This necromancer with ice chips for eyes is adding to his army every time he kills off a person (or a dragon) from the other side.

There are other religions too, most with a power all their own. In the free city of Braavos, a cult has arisen around death, which has many names and faces. The “faceless men” who rise through the ranks of this religion gain the power to assume someone else’s identity in order to carry out the assassinations required by their god.

These “faceless men” (and girls) serve a particularly brutal god, but in fact most of the religions worth their salt on Game of Thrones are brutal in nature. (The Drowned God, anyone?) The one that’s not overtly bloodthirsty is also, not coincidentally, the only truly worthless religion in the entire pantheon. The plain-vanilla state religion of “the Seven” or “the new gods” features, among other symbols, the seven-hued rainbow and the seven-pointed star in its iconography. It’s almost like a wink and a nod to the idea that religions ought to at least try to be about rainbows or something, well, nice.

Its iconography is, in fact, the coolest thing the religion of the Seven has going for it, because its gods are useless. They do not answer prayers, grant miracles, or deign to participate in partisan battles between Stark, Lannister and Tyrell. But they are invoked in every state occasion, oath, and bloody wedding in Westeros. Their monastic orders of men (septons) and women (septae) care for fallen soldiers—of which there is no shortage—and educate the next generation.

These are noble acts of service, to be sure. But actual miracles and religious efficacy aren’t the purview of the Seven. As a religion, it’s a bit of a dud.

And this, in the end, may be Martin’s most lasting commentary on religion: When it’s merged with the power of the state, it loses its juice. Real power belongs to the marginalized religions, like the “old gods” of the Children of the Forest. When the series begins, these gods’ ancient reality has been downgraded to myths and nannies’ tales. As the show plays out, we see that every fanciful story Bran Stark’s nursemaid ever told him was true: Direwolves are real. Some people can enter the minds of animals, or have true visions of the past, present, and future. And the White Walkers aren’t just a dark fairy story.

The new gods of the Seven cast their lot long ago with the Iron Throne, accepting the trappings of power while also submitting to the uneasy vagaries of shifting allegiances. If the religion ever had any real spiritual authority or ability to harness the supernatural, it went up quite literally in a puff of smoke at the end of Season 6. That explosion of the Sept was one of the more fitting ends of all the deaths on Game of Thrones, and that’s saying something. Long devoid of legitimacy, the religion could be rendered inert in a single moment by a vengeful queen. In Season 7, hardly anyone even noticed that it was gone.

Martin’s commentary on the ineptitude and corruption of a state religion is frankly a bit predictable as a cultural product of a secularizing America. Nothing new to see there. What is unexpected is the fact that so many other religions thrive in his imagination with detailed back stories and a legitimate claim on the supernatural.

It remains to be seen which ones will thrive; surely at least one will be victorious. These people are going to need some hope at the end of eight seasons of warfare.

After all, the night is dark, and full of terrors.